This Year At KMIT (A Recap) 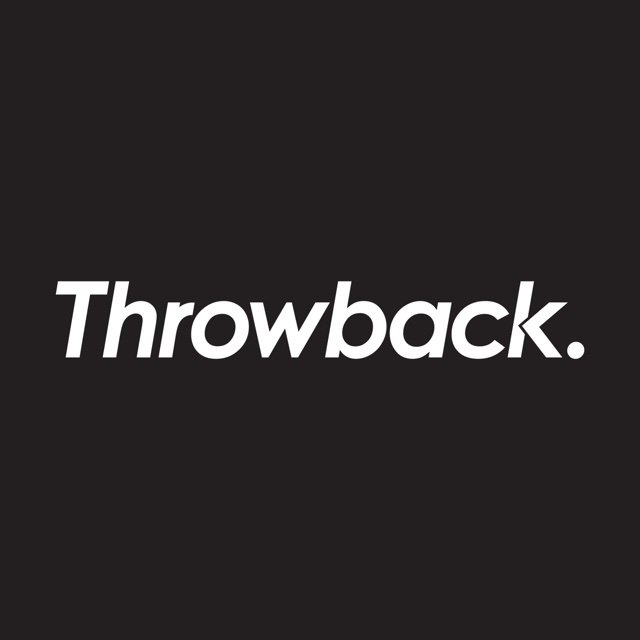 This year at KMIT(A recap)

Keshav Memorial Institute of Technology (KMIT) is a college which provides an excellent standard of education to its students. With an ambitious faculty and super talented students, there is always something new at KMIT. Being an ‘Institute of Technology’, KMIT certainly makes sure that its students are never left in the dark when it comes to awareness about the latest technologies and happenings in the industry. As a student of the college, I know KMIT has always been more than just bookish teaching and understanding. The soon to end the academic year 2017-2018, in particular, has been great!

At the beginning of the year, in order to mark the 10 year anniversary of KMIT, the college held an event called the ‘KMIT Diwas’, which was a day-long event and saw huge participation not only from the students but also the faculty. It was a day filled with enthusiasm and entertainment. With all the cultural events, literary events, sports, and food everyone found something to keep themselves busy with. There were spectacular live music and a beautiful art exhibition for people to enjoy throughout the day. The prize distribution and the huge audience greatly encouraged the participants. 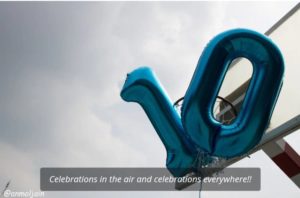 Towards the end of 2017, in the month of December, KMIT launched a program called ‘SONET’. SONET stands for School for New and Emerging Technologies. Just as the name suggests, the primary aim of the course is to offer new and upcoming technologies to its students. The courses include Machine Learning, Blockchain, Gaming, IOT, Salesforce, and Web Security. SONET is an offline program which requires the students to attend college at 8 am and goes on for about one and a half hour each day. In spite of being held quite early in the morning, it saw great participation from students of all years. This has indeed been a fantastic way or the students to discover and learn more. The SONET course is a training program for the students belong to the second, third and fourth years. Similarly, the ‘Trishul’ program was launched for the first years around the same time which offers courses like HTML and fun courses like cooking and so on. 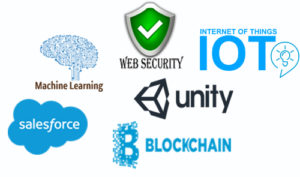 The following year, 2018, had the annual cultural event of KMIT called ‘Patangotsav’, as a celebration of the festival of kites.  It was a sunny morning and students were all decked up and excited as they flew kites, took photos, drew rangolis and not to forget, made their very own clay pot straight from the potter’s wheel which was rolling in the midst of the celebration. 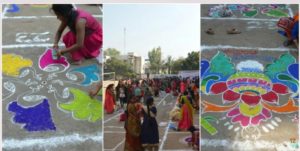 Following this event, in a month, there was another annual event of the college called ‘KMIT Evening’. KMIT Evening, needless to say, was an extravagant fest. With great participation and a spot on stage setting, the event was an extremely enjoyable one. 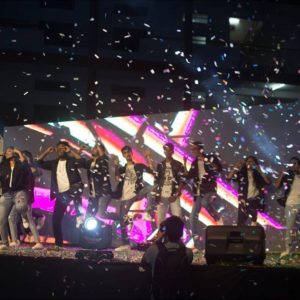 Towards the end of the academic year, in the month of March, a course called ‘Arjuna’ was introduced. The objective of the course is to better the students of KMIT at coding. Twice a week, that is, every Sunday and Wednesday, about four programs are assigned and the students are supposed to solve them and submit them on the website. Based on the correctness, speed, and efficiency of the course, a leaderboard with ten students is prepared separately for each batch. The student at the first position, overall, is awarded a cash price.

This year at KMIT has been a wonderful balance of extra-curricular and technical events which received a great response from the students. Apart from these, there are many more technical programs lined up for summer which are being built for the students to establish a concrete foundation in the field they have chosen.

In a world of change, the only thing constant is the effort to make a difference. While we all desire to be our finest selves, the path to being better is a rocky road. There are some days where we... END_OF_DOCUMENT_TOKEN_TO_BE_REPLACED

Picture a person going through a great deal of misery and sorrow because of some certain terrible circumstances they are in. What expression did you picture this person in? The majoritarian guess would probably be a sad and unhappy face.... END_OF_DOCUMENT_TOKEN_TO_BE_REPLACED

Love is unconditional. It's received and given in many forms, but it's said that the truest of love is when it's without any limitations. A love for caring about others without demanding much for yourself. The love of acceptance and... END_OF_DOCUMENT_TOKEN_TO_BE_REPLACED

2nd February 2000 Dear Diary, Ugh! Waking up early every single day to attend school is so annoying. I wish we didn’t have school and exams so that I can enjoy myself at home all day long. But that can’t... END_OF_DOCUMENT_TOKEN_TO_BE_REPLACED