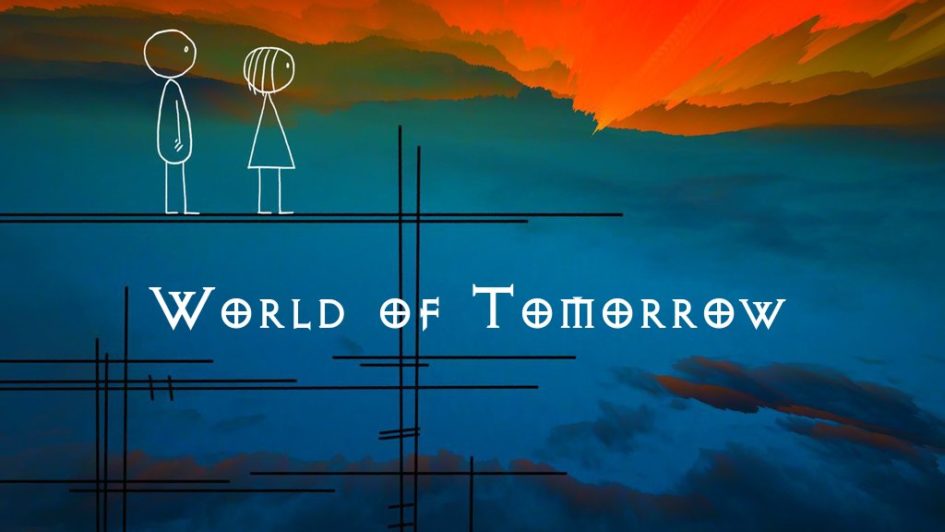 World of tomorrow is a stick figure short animated film directed by Don Hertzfeldt. It’s his first film done digitally unlike his other ones. This movie features the voices of Julia Pott (third generation Emily or Emily Clone) and Don’s four-year old niece Winona Mae (Emily). This film has won Grand Jury Prize for short film at the Sundance Film Festival and has been nominated for the Oscar under short film (animated) category.

This is an unusual sci-fi film which revolves around a small girl, Emily. She has been contacted by her third generation clone over two hundred and twenty seven years into the distant future.  Emily is referred to as Emily Prime by her clone. So the third gen Emily explains to Emily Prime about what her life is going to be in the distant future. 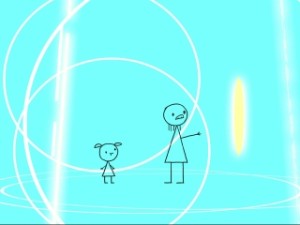 Emily Prime is transported to the future via time travel by her clone. The place is described as “the Outernet”. Emily’s clone takes her to a museum where a male clone without a brain was kept in a transparent stasis tube. Students visit the place to study his anatomy and people talk to him alone during the night too. The clone takes Emily through a series of memories and Emily being a small child is delighted looking at these things which appear magical to her. 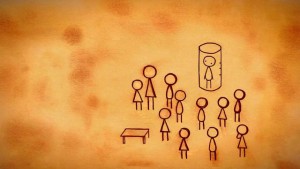 The clone talks about rocks, robots, moon and shooting stars. She talks about her deceased husband, a descendant clone of David, the male clone who was displayed in a museum for the study of anatomy. Later she shows Emily Prime the last recent memory which depicts the destruction of Earth in sixty days. Emily Clone explains that the “shooting stars” are actually the corpses that crash back down to the Earth during nighttime which illustrate the horrible fate of humanity on the Earth’s atmosphere. 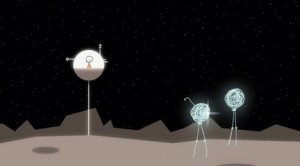 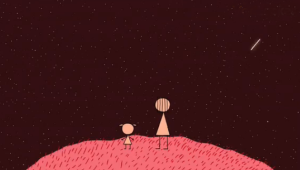 Sooner, they both return to “the Outernet”. Emily Clone now tells the main reason behind her contacting Emily Prime, was to retrieve an important memory from her before she is to die. The Clone aims at Emily using a device and extracts the memory from her. 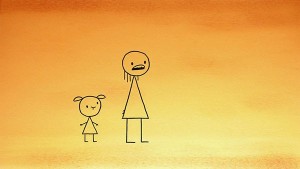 The Clone gives some piece of advice to Emily Prime before parting ways:

“Do not lose time on daily trivialities. Do not dwell on petty detail. For all of these things melt away and drift apart within the obscure traffic of time. Live well and live broadly. You are alive and living now. Now is the envy of all of the dead.”

She then thanks Emily and transports her back to her time informing her that she would never contact her again.

Emily is now back in her time and she merrily says “What a happy day it is!”  before scurrying out of her room.

Overall this film is a masterpiece and it makes a person emotional, provokes thought and hysterical at the same time. Hence this 17-minute long film is a must-watch for everyone.

Well, well, well. Something interesting has finally caught your attention in this painfully boring and monotonous life. You dash to the most convenient online marketplace to find the materialistic item that fuels your dopamine rush. These platforms help connect buyers... END_OF_DOCUMENT_TOKEN_TO_BE_REPLACED

The human touch. Such a simple thing, yet one that holds immense power. Almost like a miracle. Wonder why? Read on.  We've been gifted with the five senses, namely: vision, speech, smell, hearing, and the most beautiful of all, touch.... END_OF_DOCUMENT_TOKEN_TO_BE_REPLACED

[Trigger Warning] The following article contains acts of cruelty and violence. Reader discretion is advised. I opened my laptop, exhausted from all the classes at college, (not) ready to log in to another class when I stumbled upon “Monster: The... END_OF_DOCUMENT_TOKEN_TO_BE_REPLACED

Each person does see the world in a different way. There is not a single, unifying, objective truth. We're all limited by our perspective. - Siri Hustvedt Perspective. It is a beautiful thing in a way that, all of us... END_OF_DOCUMENT_TOKEN_TO_BE_REPLACED

Growing up watching Sci-fi movies, I always imagined myself living in a fully automated world with all these cool tech devices- flying sneakers, teleportation units, and whatnot. Something as dreamy as the “first cognitive city” proposed to be built in... END_OF_DOCUMENT_TOKEN_TO_BE_REPLACED