Why does time only move forward? 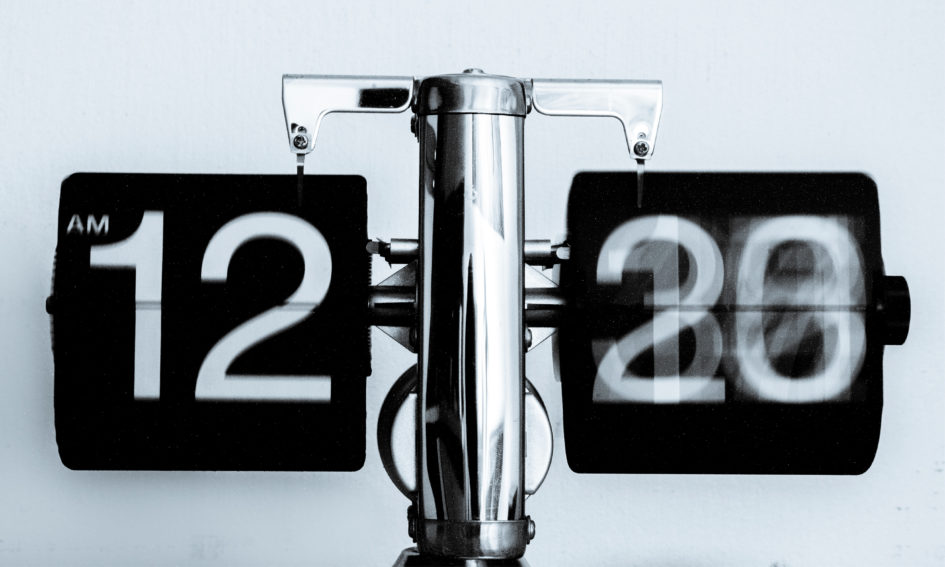 Imagine someone cracked an egg on your head. There’s yolk dripping down your forehead. Now you’ve got to clean yourself up. But wouldn’t it be a lot easier to just un-break the egg and skip taking a shower and change clothes? Just throw the yolk and the white back inside and reassemble all the fragments of the shell together like it never broke in the first place?

No matter how hard you try, it just doesn’t happen. While we look into the past, we only travel towards the future. Newton’s laws of motion, the law of universal gravitation, Einstein’s equations, Maxwell’s electrodynamics and most of the other fundamental laws of physics which govern the reality of our visible world are time-symmetric. It means that they simply don’t care about the direction of time.

So why don’t things happen in reverse? Why then, does time only move forward?

Scientists and physicists have found an answer to this question in the second law of thermodynamics which discusses something called entropy. It’s the only law in physics which claims that time is not a one-way street. Entropy is a thermodynamic measure of the degree of randomness or disorder of a system. In other words, entropy is a measure of all the possible arrangements the particles enclosed within a system can exhibit. According to this law, time naturally flows in the same direction as rising entropy. So unlike Newton’s Laws, the second law of thermodynamics is more of a law of uncertainty.

To understand this, let us consider an experiment of tossing an unbiased coin a million times. Practically, would you ever get a million heads or tails in a row? No. Could you? Sure. The laws of probability clearly state that such an event is possible. But there’s just so many ways for it to not happen.

Physicist Brian Cox used the example of a sandcastle to explain the relationship between the arrow of time and entropy. Due to its specific formation, a sandcastle has low entropy or low messiness. Knock the castle down, it will move to a state of higher entropy or high messiness. In theory, we can recreate the sandcastle. In reality, that never happens. Why? Because there are only a few combinations to re-arrange all the particles in such a way, that the sandcastle would look precisely like the one before it was destroyed. Meanwhile, there are almost infinite combinations that would not look like it.

This is the reason why entropy always increases as it is much easier for things to be in disorder.

Entropy explains why ice cubes melt, iron turns into rust, ancient ruins crumble and people gradually grow old.  The universe leans towards disorder, which seems to be why time only moves forward.

The Big Bang explosion is how scientists think the universe began around 15 billion years ago. It started as one hot, smooth, dense, very ordered ball, tinier than an atom, with very low entropy. It then moved out to high entropy creating all kinds of chaos. Stars and Galaxies were formed, which we now know are expanding out and away from one another, always moving to higher entropy, higher disorder.

There are a lot of scientists pondering why the universe was even ordered in the first place, why entropy seems to be a valid theory.

Once a system achieves equilibrium, there is no direction of increasing entropy to determine the arrow of time. The fact that we are experiencing the flow of time right now means that we haven’t reached that point yet. And indeed that’s where we’re heading.

One day, the universe will reach a point of equilibrium, a balanced state, where time moves neither forward nor backwards. Maybe from that point, time would change its direction and all the events would occur in a reverse chronology. Then I’d be pressing the keys on the keyboard to delete what I’m typing and eventually watch myself turn into a baby. The universe would gradually shrink into a microscopic orb only to start over as the big bang and the same events unravel again. But this would be so far in the future that we would be long gone, and time would cease to matter to us anyway.

From a very young age, we are socialized to behave according to our sex. Boys are taught to be “masculine” and girls are taught to be “feminine”. But are there any biological differences between a man and a woman which... END_OF_DOCUMENT_TOKEN_TO_BE_REPLACED

[Trigger Warning] The following article contains acts of cruelty and violence. Reader discretion is advised. I opened my laptop, exhausted from all the classes at college, (not) ready to log in to another class when I stumbled upon “Monster: The... END_OF_DOCUMENT_TOKEN_TO_BE_REPLACED

“THE SWAT TEAM BURST IN. THERE WAS CURTIS GREEN COVERED IN COCAINE AND FLANKED BY TWO CHIHUAHUAS” ~The Untold Story of Silk Road by WIRED In early 2011, law enforcement agencies were caught with their pants down when drugs began... END_OF_DOCUMENT_TOKEN_TO_BE_REPLACED

Comfort space is personal to every individual. It allows you to be yourself and cherish the moments as they are with no judgment whatsoever. As for me, movies and music do the job. Speaking about movies, I have been exposed... END_OF_DOCUMENT_TOKEN_TO_BE_REPLACED

The human touch. Such a simple thing, yet one that holds immense power. Almost like a miracle. Wonder why? Read on.  We've been gifted with the five senses, namely: vision, speech, smell, hearing, and the most beautiful of all, touch.... END_OF_DOCUMENT_TOKEN_TO_BE_REPLACED