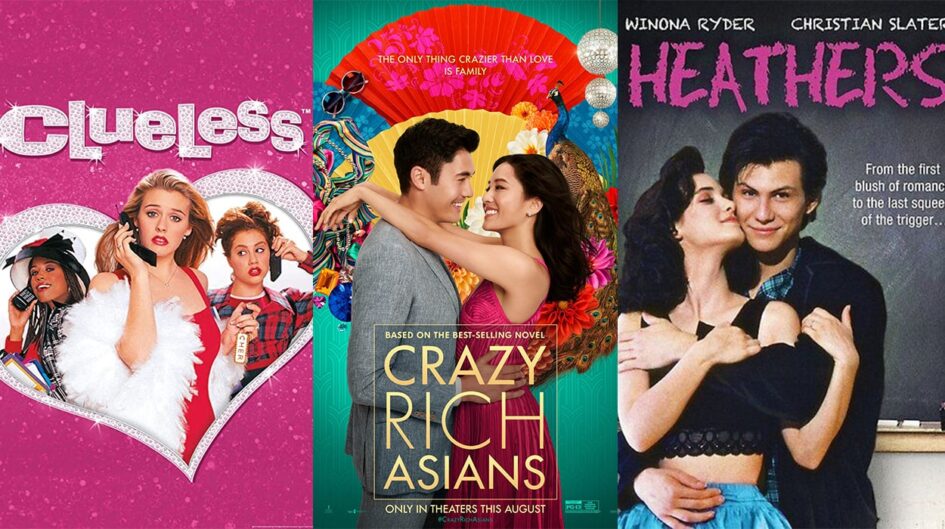 Chick flick is a slang term, sometimes used pejoratively, for the film genre catered specifically to women’s interests, and is marketed towards women demographics. They generally tend to appeal more to a younger female audience and deal mainly with love and romance.

The above is the standard definition you get when you google ‘chick flick’. They may not be my first choice when deciding what movie to watch next, but some of my favourite movies belong to this category. And as someone who enjoys these movies and holds them close to her heart, the term ‘chick flick’ has always bothered me.

While it’s hard to pinpoint when exactly the term was coined, its usage has evolved from being a descriptor for a certain category of films to a fairly degrading term for any movie that a wide female audience enjoys. How many times have you asked a guy “Hey let’s watch *insert chick flick*” and received a response that doesn’t go like “Isn’t that a girls movie? *makes a face* I’m not going to watch that”?

It’s no secret that chick flicks are the most hated category in film. And despite critical acclaim or box office success, they are often just dubbed down to being ‘guilty pleasures’, and not real cinema or ‘art’. That isn’t surprising to me, considering how anything that is unapologetically feminine is automatically labelled as shallow and considered to display a ‘lack of depth’. That is why we have terms like chick flicks or chick-lit, to begin with. Anything prefixed with ‘chick’ is immediately met with flack purely because of its appeal to women.

There isn’t one particular genre of movies that are labelled as chick flicks. Any film, with a few exceptions, that prioritizes its female protagonist, and explores themes such as romance, high school, relationships or friendships is retroactively referred to as a chick flick. Be it a rom-com, a teen movie, a dark comedy, a musical, a fantasy movie or a drama.

Heathers? Chick Flick. Better Off Dead? Teen comedy. Dirty Dancing? Chick flick. Footloose? Musical. John Tucker Must Die? Chick flick. Napoleon Dynamite? Teen comedy. Easy A? Chick flick. Perks of Being A Wallflower? Coming-of-age drama. 10 Things I Hate About You? Chick flick. 500 Days of Summer? Romantic drama. I can go on forever, but do you see my point? While most of these movies have similar themes, only the ones following the female lead’s story are typecast as chick flicks.

It’s funny to me how people often dismiss chick flicks as ‘cringe’ or ‘laughable’ when I can watch Clueless or Mean Girls for the 50th time and still never get tired of the clever satirical humour both these movies present. But do you expect me to sit through a bunch of Fast and Furious movies, and not laugh my head off at Dwayne Johnson holding a whole helicopter with one hand without losing that very arm or any other such ridiculous action sequences? (if I could eye roll in an article, this would be it)

The one somewhat valid critique many people have about chick flicks is that it’s the same boy-meets-girl story over and over again. And while yes, that is a reasonable statement, it is also very flawed. There are movies like The Notebook, Serendipity, Letters to Juliet, The Holiday, The Vow and many more that have recurring themes of romance, but are very different when you compare the plot side by side. It’s the characters that make the movie what it is.

We’ve also gotten gems like Clueless, The Devil Wears Prada, Legally Blonde, Eat Pray Love, 13 going on 30 and many more that focus on friendships, real-world relationships and putting yourself first.

And if chick flicks being the same ‘rehashed garbage’ argument is to be taken seriously, then what about the countless superhero movies? The James Bond Franchise? The Fast and Furious Franchise? Or oh let me think, every typical action movie that has ever been made? All these films have a male protagonist that is the ‘hero’ and a villain. The villain threatens the hero, the hero gets mad, hero and villain fight and boom the hero wins. How unpredictable, I never even saw that coming!

Chick Flicks today portray more complex and profound themes than many give them credit for. The industry still has a long way to go but chick flicks are at the forefront of representation in film. They explore topics like sexuality, body image, homophobia, the hardships of growing up, mental health, and more that you won’t find in your run-of-the-mill thriller or action flick. These movies are used as a way of expression for those who didn’t have much of a public voice before.

Love, Simon and The Half of It traverse the struggle of coming out to your peers and family. Always Be My Maybe, The Lovebirds, and The Photograph show multi-racial relationships that have non-white actors as the protagonists. Bend It Like Beckham, Never Have I Ever, Anita and Me show the struggles of growing up as a South Asian in a foreign nation. Crazy Rich Asians is the first movie after decades to showcase an all Asian non-white cast.

Which other genres would you find so much representation in? And no, the token funny black best friend or the Asian/Brown man who can hack his way into anything with a few clicks on his keyboard doesn’t count. This is also why Chick Flicks are so popular with women and younger audiences. The viewers can actually identify with the characters on screen and put themselves in their shoes.

Now don’t get me wrong, I’m not saying all chick flicks are a work of art. There are some pretty terrible movies out there, like your typical #GIRLPOWER movie with terrible writing that loses its plot midway because of the heavy focus on gender. Or movies adapted from Wattpad novels or YA fiction books *cough The Kissing Booth cough* that are obvious cash grabs because the production houses know that teenagers will watch it nevertheless. But a few awful movies, which no genre is immune to, do not warrant the unnecessary hate the whole category of chick flicks receive.

We all have preferences. Some might prefer horror to comedy. Some might choose romantic dramas over thrillers. I’m not saying if you dislike chick flicks you’re the devil or anything of that sort. Actually, scratch that, if you dislike Legally Blonde, you might as well be Satan. But, actively undermining and belittling an entire category of films, that have way more depth than people give them credit for, and dismissing them as the ‘death of cinema’ is just plain stupid.

Chick flicks are undoubtedly the backbone of the film industry and have proved time and time again that they are very much capable of exceptional storytelling. And it’s time we respect them and recognize their impact on society.  With that said, if you haven’t watched Clueless, Mamma Mia!, or Confessions Of a Shopaholic yet, it’s time to add them to your watchlist.

Ping! Sound familiar?  That's the sound I woke up to every day, ever since I got my first mobile phone at thirteen. Of course, technology has come a long way. But at least I did not have to ask a... END_OF_DOCUMENT_TOKEN_TO_BE_REPLACED

Did you know that only one in three Indians would object to their privacy being breached? This is according to a 2014 survey conducted by Pew Research Centre. It is apparent that a lot of Indians wouldn’t mind trading their... END_OF_DOCUMENT_TOKEN_TO_BE_REPLACED

Every time my dad and I go on a long drive, we always tend to have serious discussions that range from my career choices to a wrong selection in the Indian cricket team for an important match. On one particular... END_OF_DOCUMENT_TOKEN_TO_BE_REPLACED

On 24th March 2020 at 8 PM, TV screens across India flickered in unison as the Indian government announced a 21-day nationwide lockdown as a preventive measure for the COVID-19 pandemic. This announcement caused a complete meltdown of economies worldwide.... END_OF_DOCUMENT_TOKEN_TO_BE_REPLACED

Football is the most famous sport on earth with an estimated 3.5 billion followers. Many people who may not be regular connoisseurs of the sport still watch the major International trophies like the FIFA World Cup, the UEFA Euros, the... END_OF_DOCUMENT_TOKEN_TO_BE_REPLACED