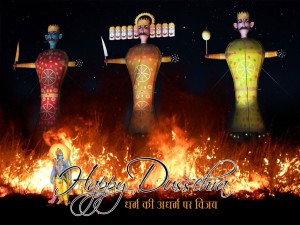 One of the most popular Hindu festivals, Dussehra is celebrated with pomp and gaiety. Since ages, a number of rituals are performed to please the Almighty, on the ceremonious occasion. It is the climax of the nine-day long celebrations of ‘Navratris’, which precede it. The significance of the Dussehra festival lies in its religious value. It teaches us that good triumphs over evil.

In North India, people usually celebrate Dussehra by burning the effigy of Ravana, Kumbhakarna and Meghnath.

In Gujarat, men and women gather on every night of the Navratri and perform Garba. 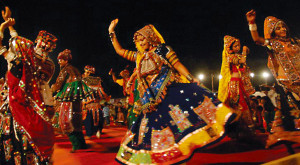 The last of six days of Navratri in West Bengal known as Durga Pooja is the largest festival of the year for Bengali Hindus. 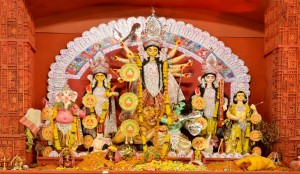 In South India, the days of Navratri are equally divided to worship three Goddesses, Lakshmi, Goddess of wealth and prosperity, Saraswati, Goddess of knowledge and learning and Durga, Goddess of power and strength. Dussehra festival of Mysore is well known and is celebrated in its own style with pomp and pageantry. 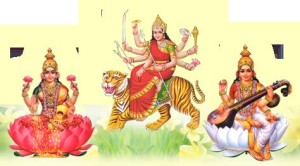 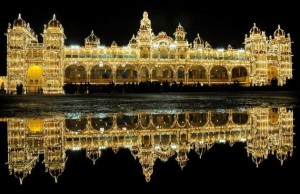 Apart from the epic Ramayana, and the story of the triumph of Goddess Durga over Mahishasura, there are two more stories associated with the festival. 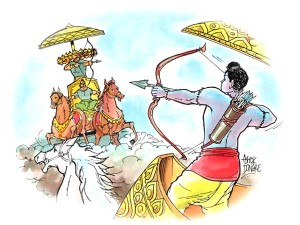 Here are the stories!

According to a story, Kautsa, the young son of Devdatta (a Brahmin), was residing in the city of Paithan. After pursuing his education under the guidance of Rishi Varatantu, he wanted to offer a dakshina to his Guru. Although the Guru refused initially, he later asked for 140 million gold coins. The student approached King Raghu for the coins, because he was renowned for his generosity. Within three days of the Kautsa’s request, King Raghu asked for the coins from Lord Indra. Indra in turn asked Kuber, the God of Wealth to create a rain of gold coins near the Apati and Shanu trees. After presenting the promised gold coins to his guru, Kautsa distributed the rest of the coins to the needy, on the day of Dussehra. Since then, people loot the leaves of Apati trees and present to each other as a symbol of gold, on Dussehra. 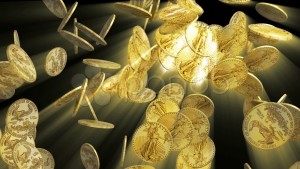 The Pandavas were asked to remain incognito during their 12 years of exile in the woods. Therefore, they concealed their divine weapons on the Shami tree. After the exile, the Pandavas went to the Shami tree, fetched their concealed weapons and went straight to the battle field to fight the Kauravas. Pandavas emerged victorious. The event took place on dashmi and since good had achieved victory over the evil, it came to be known as Vijayadashmi.

Since then, people hug each other under the Shami tree and exchange its leaves. People go back to their homes. Thus the festival comes to an end, giving the message of virtue and goodness.

The human touch. Such a simple thing, yet one that holds immense power. Almost like a miracle. Wonder why? Read on.  We've been gifted with the five senses, namely: vision, speech, smell, hearing, and the most beautiful of all, touch.... END_OF_DOCUMENT_TOKEN_TO_BE_REPLACED

[Trigger Warning] The following reading contains events of death. **This is entirely a work of fiction and no distress was intended for any family/person affected by a natural disaster. “Please Ma!” Arya pleaded. “I made it to my final semester.... END_OF_DOCUMENT_TOKEN_TO_BE_REPLACED

From a very young age, we are socialized to behave according to our sex. Boys are taught to be “masculine” and girls are taught to be “feminine”. But are there any biological differences between a man and a woman which... END_OF_DOCUMENT_TOKEN_TO_BE_REPLACED

Comfort space is personal to every individual. It allows you to be yourself and cherish the moments as they are with no judgment whatsoever. As for me, movies and music do the job. Speaking about movies, I have been exposed... END_OF_DOCUMENT_TOKEN_TO_BE_REPLACED

“How long are you planning to cry and sleep in here?” I asked her, as I raised the blinds in her dark bedroom. Seeing the chocolate wrappers and empty Ramen cups spread across the room, I couldn't help but sigh.... END_OF_DOCUMENT_TOKEN_TO_BE_REPLACED