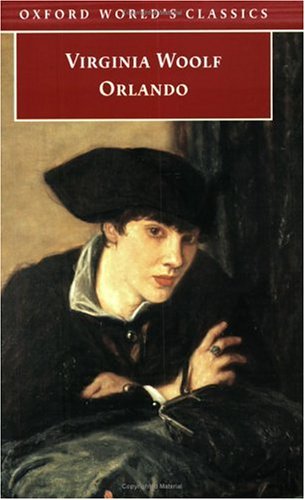 The book “Orlando” is by Virginia Woolf, a strong feminist and an even better writer. The story spanning over 300 years follows the tale of Orlando and his high spirit escapades during which Orlando ages only 36 years. The book starts off on a subdued note describing the titular character’s appearance, the flaws in his face and the fact that he’s a recluse.

What gripped my interest is The Great Frost mentioned in Chapter 1 of the book. It is described as so severe that “birds froze in mid air and fell like stones to the ground”. Furthermore, she also writes that “an increase in rocks in Derbyshire” was attributed to “the solidification of unfortunate wayfarers”. King James turns the frozen river into a carnival scene and she depicts it as “a carnival of the utmost brilliancy”; a pleasure ground “with arbours, mazes, alleys, drinking booths”. The vivid and picturesque description of the winter scene makes Orlando a spectacular winter read.

“Frozen roses fell in showers when the Queen and her ladies walked abroad … Near London Bridge, where the river had frozen to a depth of some twenty fathoms, a wrecked wherry boat was plainly visible, lying on the bed of the river where it had sunk last autumn, overladen with apples. The old bumboat woman … sat there in her plaids and farthingales with her lap full of apples, for all the world as if she were about to serve a customer, though a certain blueness about the lips hinted the truth.”

After a heartbreak due to a Russian Princess whom he meets at the Carnival, Orlando restricts himself to his house with 365 rooms and fifty-two staircases. He decides to only focus on writing.

“For it would seem — her case proved it — that we write, not with the fingers, but with the whole person. The nerve which controls the pen winds itself about every fibre of our being, threads the heart, pierces the liver.”

By the age of twenty five, he had written nearly forty seven plays, histories, romances and poems. He invites Nick Greene, a famous poet who returns home and writes an article lampooning Orlando as a lonely nobleman. Soon after the betrayal, he moves to Constantinople as an ambassador. During an insurrection in Turkey, Orlando spends several days in trance until one day (at the age of thirty) he wakes up as a woman and lives on for nearly 300 years without ageing! Before you dismiss that concept as trivial, you must give the whole book a read.

Although Orlando basks in the warm and balmy summers of Turkey, she returns back to England and Woolf describes the winter damp and black cloud that hung over the 19th century in her inimitable style,

“Everywhere the effects were felt. The hardy country gentleman, who had sat down gladly to a meal of ale and beef in a room designed, perhaps by the brothers Adam, with classic dignity, now felt chilly. Rugs appeared; beards were grown; trousers were fastened tight under the instep. The chill which he felt in his legs the country gentleman soon transferred to his house; furniture was muffled; walls and tables were covered; nothing was left bare.”

Hailed as a feminist classic, the book isn’t terribly one sided, there’s no male bashing either. It talks about the empowerment of women in a subtle manner without shouting from rooftops.

“A woman knows very well that, though a wit sends her his poems, praises her judgment, solicits her criticism, and drinks her tea, this by no means signifies that he respects her opinions, admires her understanding, or will refuse, though the rapier is denied him, to run through the body with his pen”

As a person who has lived both genders, Orlando draws parallels time and again and finally concludes by rebuking both genders equally; women for their limited role and power in society, men for the way they prance about like lords and become fools the second they see a lady. There’s an incident in which a flash of her ankle nearly results in a sailor falling to his death, she then realizes the magnitude of becoming a woman. She concludes it has an overall advantage, declaring “Praise God I’m a woman!” She also talks about what it takes to be a woman and is dismayed at the time and energy it will take her to look spruced up each day. Orlando finds the fact that people are eternally linked together with wedding rings, abnormal and appalling.

“The Oak Tree” is a poem that stands as a central motif in the book. Orlando starts writing it in his teens and finishes it only a hundred years later. Orlando’s spirit, like the oak, remains constant throughout the book.

This book is a perfect winter read as Orlando never leaves the ice entirely, since he is frozen in time.

Well, well, well. Something interesting has finally caught your attention in this painfully boring and monotonous life. You dash to the most convenient online marketplace to find the materialistic item that fuels your dopamine rush. These platforms help connect buyers... END_OF_DOCUMENT_TOKEN_TO_BE_REPLACED

The corporate industry is notoriously famous for having the highest pay grade difference for employees working in the same company at different levels doing the same or similar jobs. This difference attracts several young engineers and management graduates into this... END_OF_DOCUMENT_TOKEN_TO_BE_REPLACED

Growing up watching Sci-fi movies, I always imagined myself living in a fully automated world with all these cool tech devices- flying sneakers, teleportation units, and whatnot. Something as dreamy as the “first cognitive city” proposed to be built in... END_OF_DOCUMENT_TOKEN_TO_BE_REPLACED

From a very young age, we are socialized to behave according to our sex. Boys are taught to be “masculine” and girls are taught to be “feminine”. But are there any biological differences between a man and a woman which... END_OF_DOCUMENT_TOKEN_TO_BE_REPLACED