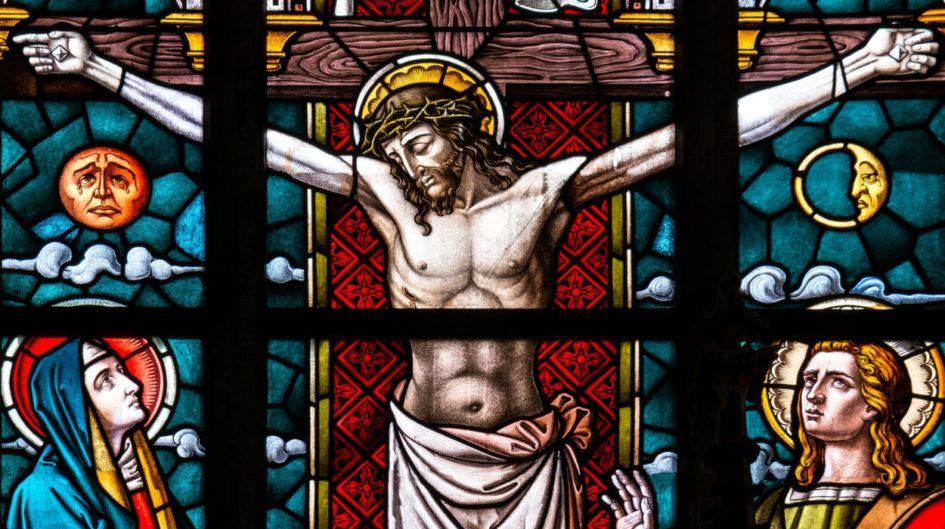 Today, when we study history, the two words that resonate the most are BC and AD. BC abbreviating to Before the birth of the Christ and AD to Anno Domini a Latin phrase which translates to “In the year of the lord” unlike “After death”, It indicated the return of the lord. Some called him a prophet, some the Messiah and few a demon. But he was the one who came to fulfil the old testament, showed that God loved his people and broke the barrier between God and people. He is Jesus of Nazareth as we speak of him now as “Jesus Christ”.

According to popular belief, in Jerusalem, present-day Israel, Mother Mary was blessed with a son who was prophesied to be the Messiah of the mankind and to liberate people of sin and pave their way to God. It is said that he would convey the message of God to all. At that time, common people didn’t have direct access to God. The holy temple of Jerusalem was the centre of the religious life of the people of the country. It was the place where animal sacrifices and worship used to take place. The temple had a thick veil of 60 feet high and 4 inches thick which separated the Holy of Holies which were the earthly dwelling place of God which symbolized the separation of God from the sins of mankind only high priest would be permitted to go inside once every year for the atonement of sins.

Jesus had been teaching people that God loves everyone and he can be worshipped by anyone from anywhere as long as they have faith in him. This made people start believing that he indeed is the Son of the Lord and the Messiah. But the priests of the temple were furious about his deeds and proclamation of being equal to God.

This caused great unrest in the Roman empire. They believed Jesus to be a fraud rather than a Messiah as prophesied in the old testament. Jesus was sent to a trail and was punished with the most horrible punishment of the time, “crucifixion” for the charges of calling himself, God. The lord was whipped, beaten, mocked and killed in the most gruesome way possible. The soldiers nailed his hands and feet to the wooden cross and placed a crown made of thorns on his head, making a mockery out of him. He suffered nearly for six long hours on the cross. During that time, he cried out in agony.

He said out, “My God, my God, why hast thou forsaken me?” (Psalm 22:1)– Which indicated that God has left his side. It wasn’t the humanly physical pain that made Jesus cry, it was the crushing pain that filled him due to the fact that the God, his father was not with him at that moment. The other sayings were –

Referring to the Roman soldiers who crucified him and asking God to forgive their sins.

Referring to the two criminals who were crucified with him, who begged him for forgiveness which was unconditionally granted by Jesus.

He entrusted his mother to one of his disciples care.

This statement can be interpreted in two ways, either was his human thirst or his thirst to return to God.

Jesus gives up his earthly body indicating that the purpose of his life is finished.

These were the last words to be spoken by Jesus, which is interpreted as Jesus finally going back to be with his father, God.

Jesus then took his last breath, which led to an earthquake and tore the veil inside the holy temple in half. He ended his life by breaking the barrier between the lord and his loved humans. This made people believe that he was indeed the only son of God. He, who was sent to the Earth to save people from their sins. Jesus destroyed the prior belief of animal sacrifices to clean the soul. He sacrificed himself, to clean the souls of his believers for generations to come.

After his death on Friday, Jesus rose from the tomb on Sunday and reunited with God.

The day Jesus was crucified is celebrated as good Friday all over the world. What is good about his death? Because even while we are sinners and deserve punishment, Jesus died for the sake of us, to liberate us.

Good Friday is observed during the holy week on the Friday preceding Easter Sunday around March and April, this year on 19th April. The date of the day varies from one year to another to an extent that Eastern Christianity and western Christianity often disagree over the dates. There are parades all over the world to celebrate and remember Good Friday. There are no decoration or flowers on good Friday In some churches. In some countries, people who are very sorry for their sins walk through the streets wearing long robes with hood and carrying a big cross of wood. In some countries, there would be a procession of statues to the church before the service. These are often the statues of Jesus, Mary, and other saints.

The succeeding Sunday is celebrated as Easter. People are overjoyed on Easter due to the resurrection of Jesus. They hold feasts and prayers to God, thanking him and paying homage to him

[Trigger Warning] The following reading contains potentially distressing information about self-harm. The reader is advised to use their discretion to continue reading.   Darkness cocooned her room, her heart twisted, churned, her fingers closed around her throat, nails digging into... END_OF_DOCUMENT_TOKEN_TO_BE_REPLACED

From a very young age, we are socialized to behave according to our sex. Boys are taught to be “masculine” and girls are taught to be “feminine”. But are there any biological differences between a man and a woman which... END_OF_DOCUMENT_TOKEN_TO_BE_REPLACED

Well, well, well. Something interesting has finally caught your attention in this painfully boring and monotonous life. You dash to the most convenient online marketplace to find the materialistic item that fuels your dopamine rush. These platforms help connect buyers... END_OF_DOCUMENT_TOKEN_TO_BE_REPLACED

“How long are you planning to cry and sleep in here?” I asked her, as I raised the blinds in her dark bedroom. Seeing the chocolate wrappers and empty Ramen cups spread across the room, I couldn't help but sigh.... END_OF_DOCUMENT_TOKEN_TO_BE_REPLACED