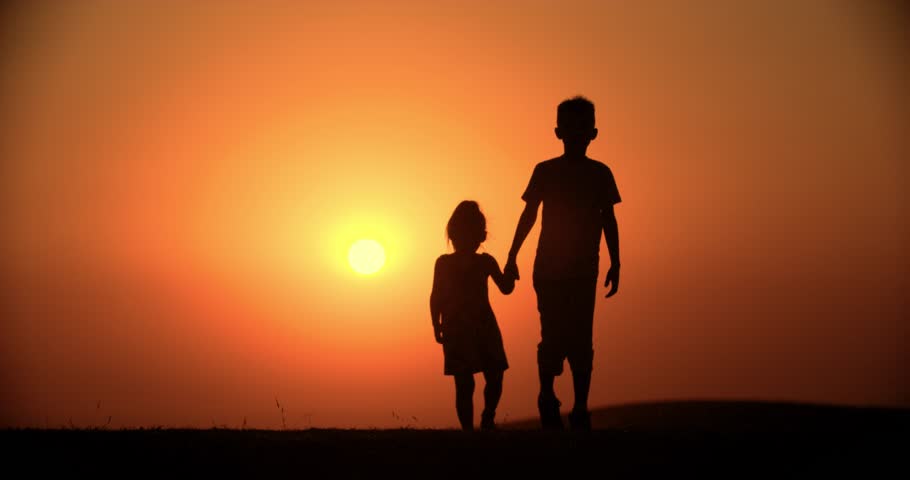 “Manya, get out of my way or else I’ll have to get harsh now”. He hated people stopping him.

“Listen…you…”, she started, but before she could complete the statement, he shoved her aside and left.

This is something that happens every day; she tries to get involved in her brother’s life but, then, he doesn’t even let her complete her sentence.

He comes home once every two to three days, spends a night in his room, locking himself inside and finds a reason to leave the house immediately the next morning.

She stays waiting for him all day with some hope that he would at the least hear her, if not listen.

The first few months, she sat tight to tell him that leaving the house and roaming around driving and drinking will not help him get over his ex-girlfriend, but, sitting down and sharing the pain he is putting up with is the best way to let things  out.

“Bhai,
I understand. I’m sorry. I feel what you’re going through, you are broken and I really want to fix you up like you did for me – by making a hand-made tiara when I broke my favorite one, by lending me your friend’s skateboard when I broke mine, by explaining it to momma when I broke her trust.

You’ve been healing me for the past twenty years, but why is it that you don’t even let me touch to heal you. I know you need me, bhai, please come home.” she texted him.

He did come home with tears but also intoxicated due to the alcohol. As soon as he entered the house she was happy that she could solve the issue now, but  he dozed off immediately.

He woke up after 28 hours. “Manya, I need to leave, it’s suffocating here. Why the hell did you lock me up?” he started to scream as she had locked him inside so that he didn’t run away again.

She  stubbornly decided  that she wouldn’t open the door until he calmed down. He did calm down after  screaming continuously for 17 minutes.  Then, she slowly opened the door scanning the room.

“Move, I told you not to stop me”, he hit right on her shoulder with a cricket bat, threw it away, and walked out with tears flowing from his eyes.

She was badly hurt, not because he hit her, but, because he didn’t turn back to see her. Yet, she got up, treated the physical wounds and started biding her time for him again with a hope that he would come back with guilt.

“Maneesh,  sorry I can’t call you Bhai, because the brother that I knew seems to have disappeared now… I don’t see him at home. I don’t hear him anywhere around me. I don’t share with him anymore. I don’t find the protection he used to provide. I don’t feel the care he had for his sister. Maybe, he cut ties with everybody who loved him when his girlfriend broke up with him. Please convey this to him.
I am leaving the house now so that he doesn’t need to deal with the person who annoys him by locking him up or blocking his way whenever he is here. I need to shift to the hospital; I have been diagnosed with a brain tumor. Bye.”

She typed this after a long wait of six months, after facing all the hurdles caused by her disease, alone.

He ignored the message when he got the notification; waited for a few minutes and, then, picked up the phone. As he scrolled through the message, he couldn’t react. He read the entire message and drove home in a heartbeat.

“Manya, where are you?” he yelled, bursting into the house.

“What happened to you?” he asked in an interrogative tone.

“I guess you read the message”, she said, composed.

“I am sorry you had to face all of this alone.” He fell to his knees feeling the pain of guilt.

“We’ll fix  everything up.” He hugged her back, promising himself he would never let her suffer again.

"Animation is not the art of drawings that move but the art of movements that are drawn” ~Norman Mclaren. Some things in life don’t change, like the craze we have for animation. Right from adoring our childhood shows to never... END_OF_DOCUMENT_TOKEN_TO_BE_REPLACED

Everyone knows Sushant from his popular movie MS Dhoni- the Untold Story. After MS Dhoni, he was seen in the film Chhichhore, which gave a beautiful message "Suicide is not the solution". Many students found the movie relatable. After Chhichhore,... END_OF_DOCUMENT_TOKEN_TO_BE_REPLACED

The palette sat on the table, its many children crawling to play with each other. I dip my brush into the palette, squidge it into the deepest shade of blue until the bristles get covered in blue up to their... END_OF_DOCUMENT_TOKEN_TO_BE_REPLACED

"Why does Caesar get to stomp around like a giant while the rest of us try not to get smushed under his big feet? What's so great about Caesar, huh? Brutus is just as cute as Caesar. Brutus is just... END_OF_DOCUMENT_TOKEN_TO_BE_REPLACED

Russia, 2027. Isn't it fascinating how we humans have evolved? Thriving for perfection, we're in a race for continuous development. This century has seen tremendous changes that none of our ancestors would've ever imagined. And as we've evolved, so has... END_OF_DOCUMENT_TOKEN_TO_BE_REPLACED