The Handmaid’s Tale: A review 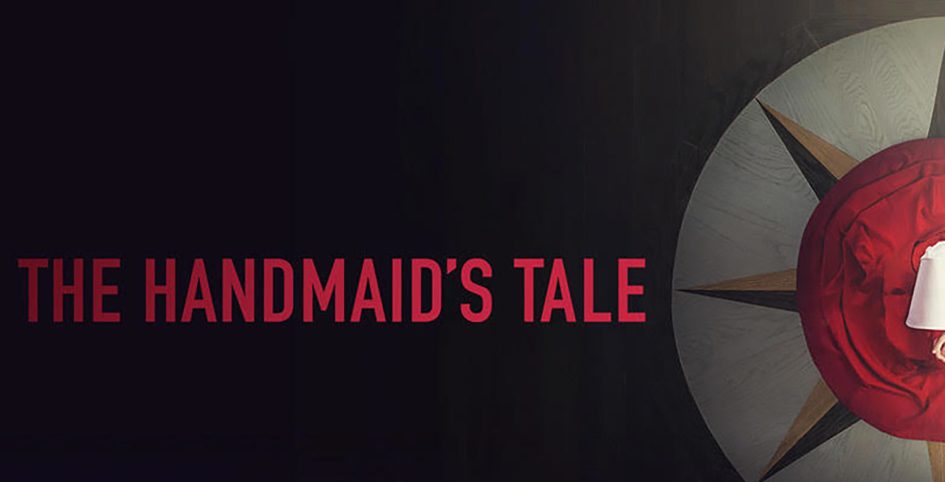 Blessed be the fruit.

May the Lord open.

Offred is a handmaid. She wasn’t a handmaid all her life. Before Gilead, she had a job, a husband, a daughter, a life.

It had all started when the president was killed and the constitution was suspended so, the “Sons of Jacob” could restore “order”. The first step towards restoring this order was to kick women out of employment, forbid them from reading. Gilead aims to create a society that resembles the hierarchical model of the Old Testament. But it tore apart lots of families including Offred’s in this process.

The Handmaid’s Tale is a TV adaptation of the book by Margaret Atwood by the same name. It tells the story of a concubine Offred, and her tryst with the totalitarian, theonomic, military dictatorship that calls itself ‘The Republic of Gilead’.

Gilead has enslaved all of the fertile women and trains them to bear children for the high ranking officials. These women, are assigned homes of the elite where they go to live, participate in the ‘ceremony’ every month during their fertile days, bear children, give them over to the elite families they were assigned to and move on to the next family, taking a different name.

Our protagonist Offred belongs to Fred (Of-Fred. Get it?) a commander in Gilead. She narrates the incidents that take place during her third assignment, working for Commander Fred Waterford. Three other handmaids have been sent away to the waste lands because they were not able to bear children for Commander Waterford. Will Offred end up the same way?

Did Offred ever plan to run away? There’s so much injustice being done. Is no one resisting the Republic of Gilead? Will Offred ever find her family again?

The Handmaid’s Tale is an engrossing watch. There are strong characters, with deep pasts, no tale similar to the other.  There’s very limited (more like, zero) humour, a very dense plot with lots of revelations of the assumed near-perfect society and also, about the actual happenings in the handmaid training centers, in the homes of the elite and the plans the elite have for the handmaids. I’d rate it a 5 on 5. It’s worth all the time spent.

Picture a person going through a great deal of misery and sorrow because of some certain terrible circumstances they are in. What expression did you picture this person in? The majoritarian guess would probably be a sad and unhappy face.... END_OF_DOCUMENT_TOKEN_TO_BE_REPLACED

The palette sat on the table, its many children crawling to play with each other. I dip my brush into the palette, squidge it into the deepest shade of blue until the bristles get covered in blue up to their... END_OF_DOCUMENT_TOKEN_TO_BE_REPLACED

When was the last time you noticed your dark circles and regretted staying up late watching a movie? We’d say never! Movies are an essential part of our life. They play a vital role in the advancement of our culture.... END_OF_DOCUMENT_TOKEN_TO_BE_REPLACED

To most, the color purple is just like another color and holds no special significance, other than to be one's favorite color. It is a simple color resulting in a beautiful blend of red and blue colors. But in reality,... END_OF_DOCUMENT_TOKEN_TO_BE_REPLACED

Love is unconditional. It's received and given in many forms, but it's said that the truest of love is when it's without any limitations. A love for caring about others without demanding much for yourself. The love of acceptance and... END_OF_DOCUMENT_TOKEN_TO_BE_REPLACED