The Bliss of Triumph! 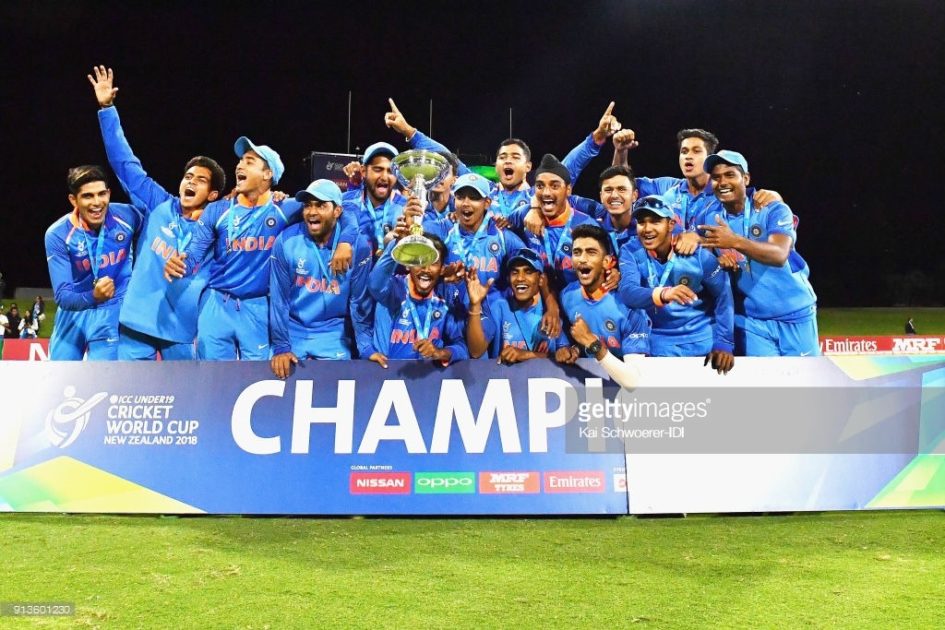 The Bliss of Triumph!

On 3rd Feb 2018, at 6:15 am IST began the U-19 World cup at Bay Oval, Tauranga, New Zealand. The entire country was waiting for the clock to strike 6. The young guns of India were doing exceptionally well so far and they were just one step away from creating a history of winning a record fourth title. The match kick-started with the Australians winning the toss and opting to bat first. The Indian bowlers gave them a really tough time with the bat limiting the opposition to 216. The chase began shortly with immense support and cheer from the stands. India chased the target with an ease with 11.1 overs to spare. India’s Manjot Kalra delivered a brilliant 101* under pressure and was ably assisted by Harvik Desai, who finished off in style with a boundary. India!! India !!! was the word that echoed inside the stadium. It was a sheer team play under the legendary mentoring of Mr. Rahul Dravid. The joy of the team knew no bounds as they lifted the champion’s trophy. It was a joy to behold for the entire nation as we now visualize a new Indian team in future. 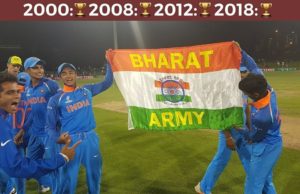 Talking cricket, one of the debatable points to raise is that of the Indian women’s cricket team. It is always considered as the flip side of the Indian cricket. Unfortunately, we do not realize their brilliance on the field and do not take time to watch and appreciate their play. The current women’s team is a perfect squad who work hard with dedication, bat with aggression and play with affirmation. It’s always a treat to watch them play, but that echo of cheer in the stadium is always missing. In a country like India, where there is so much enthusiasm for cricket, the Women’s team not getting a fair reward and accolades is a matter of utter disgrace. So let’s all make a small effort to encourage the Women’s cricket team as well as other sports and applaud them equally. 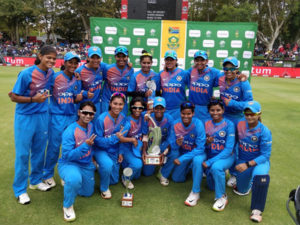 The entire U-19 squad is sinking in the happy moment currently. This is indeed a happy moment for them, but it’s also time for a reality check for the players. It’s a known fact that not every player makes it big and very few players actually pave their way into the Indian National team. India won the u-19 world cup in 2012 as well but hardly anyone from that winning squad is recognized for their play today. Virat Kohli, who is known for his mastery gameplay, and who is an inspiration for many young Indians, stated in one of his interviews, “there are about a billion people in India, and I am among those few who are given an opportunity to play for the nation. This thought keeps me going and makes me work even harder. I understand how responsible I should be and so I cannot afford to miss my practice sessions and any sort of distractions.”
U-19 was where Virat Kohli and many other legendary cricket players like Virendra Sehwag started their careers. They worked hard towards improving their game and today, they made a mark throughout the world. To all the U-19 boys, this championship was just an exposure and experience.  You have a long way to go. Have patriotism and dedication towards your sport, keep improving your game and have continued dominance. The entire nation is proud of you all. We loved your game and we look forward to watching more of it in the coming years. #we are here to support you #we bleed blue!

Ayrton Senna. A man whose legacy lives on to this day. Most modern-day drivers look up to him. He has won 41 Grand Prix in 162 races, has been on the podium 80 times, and has won the world drivers championship... END_OF_DOCUMENT_TOKEN_TO_BE_REPLACED

“Propaganda” in present-day English, refers to information or media (especially of biased or misleading nature) that is used to manipulate the audience to further an agenda. If you hear the word propaganda, it immediately alerts you to look out for... END_OF_DOCUMENT_TOKEN_TO_BE_REPLACED

“Hand me the gun and don’t move a muscle”, an injured Shankar Narayan whispers to his son, while they take cover under an old Contessa. The little boy does exactly as his father says, his hands trembling, desperately trying to... END_OF_DOCUMENT_TOKEN_TO_BE_REPLACED

Many of us might look back at the time we spent in school with nostalgia and fond memories. But most will also agree that it wasn't the happiest of places with long and monitored study hours, heavy bags full of... END_OF_DOCUMENT_TOKEN_TO_BE_REPLACED