LG closed out 2013 with a smartphone like none we’d seen before and it’s kicking off 2015 with its direct sequel. The feedback LG got on the first G Flex was that people liked the curve and the powerful feature set but what they weren’t stoked about were the low screen resolution, unremarkable camera and the sheer size of the thing. So, LG fixed all that, specifically, the screen has graduated from 720p at 6’’ to 1080p at 5.5’’ that gives it a ppi of 403 pixels every inch vs 245 on the older model while preserving the curve that makes it special. Both panels use LG’s P-OLED technology but the newer phone doesn’t seem to be suffering from any of the ghosting or the image persistence problem, LG obviously heard those complaints loud and clear.The cover glass on the newer G Flex is stronger while the self healing coating on the back is extensibly repairs damages much faster.

The 15% reduction in mass and the much smaller footprint make it more phone, than phablet that makes it far more manageable in the palm and in the pocket. It looks and feels classy and premium thanks to the fancy trim upfront and the modernised less mushy keys on the back.

The phone comes with a quick charger to zap you from dead to a half charge in about 40 minutes. Some were disappointed LG couldn’t find a way to include optical image stabilization in the last year’s flex. Well, the company found a way with the G Flex 2 bumping the IR port to the top edge and using the added space for a 13MP shooter with OIS, with Laser focus and a dual LED flash. If it sounds familiar it is basically the same rig as the LG G3.

Software is essentially a quantum leap, the older UI atop android 4.4 looks ancient when compared to the new skin with Android Lollipop. A 64-bit Snapdragon 810, 2 or 3 Gigabytes of faster Ram and expandable memory via micro SD upto 2TB of it. It looks like a great sequel poised to introduce the curved concept to whole new segment of the market, The one that wants a Flex but doesn’t want a Phablet. 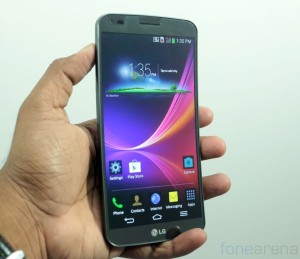 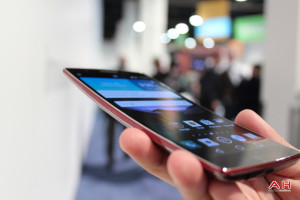 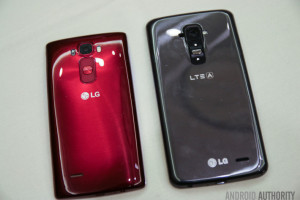 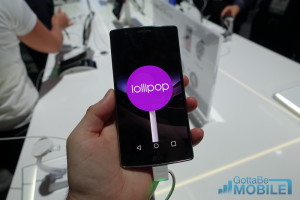 The Yota phone concept from the first iteration remains unchanged on the sequel, an Android smartphone on the front made it to an E-ink panel on the back 5 inches v/s 4.7’. The hardware is considerably refined though, much more symmetrical, much more svelte and much smoother in the hand.

The Yota phone 2 is a very comfortable smartphone and the ability to mirror whatever is on the front display on the E-Ink panel around the back makes a lot of sense when you consider the latter is 7X more power efficient than the front panel. Which by the way is 1080p in the IPS. That’s important when you consider when the battery is on the small side but it is compatible with CHI wireless charging so Drip Drop!.

The execution has largely caught up to the concept barring a few starts and stutters. The usual examples of boarding passes, maps and photos are the same we have seen for a while but seeing them reminds me of the practicality, readers who absorb a lot of books on the go. This is just screen mirroring for now the more exciting developments will come later when and if Yota phone is able to strike agreements with publishers to release E-Reading apps specifically for the rear screen. 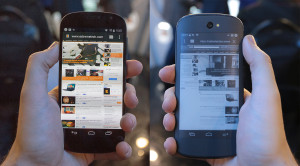 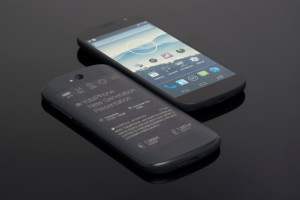 This year the spotlight is going to be on Samsung. Well, Yes! they incurred 60% loss on profit last year but still the number of phones Samsung sold globally is light years greater than any other manufacturer.

But this segment is not about Samsung Mobiles. It is about their Silicon manufacturing division. Samsung is the first of the ARM processor licensees to figure out how to fabricate a 14 nm chip. In simple terms lower the die size, lower the heat dissipation which means the processor can maintain higher clock speeds without heating up. Higher clock speeds result in greater performance.

Apple affirmed to return to Samsung for 14 nm A9 chips for Ipads and Iphones.The main reason being the 14-nanometer manufacturing process, where Samsung apparently has a leg up on rival Taiwan Semiconductor Manufacturing Co. Apple in an effort to reduce dependency on their arch rival Samsung, made a deal with TSMC for manufacturing the A8 chips but now that Samsung is the only company who has figured out the 14 nm fabrication process, expect a Sammy chip inside the Iphone 6s. 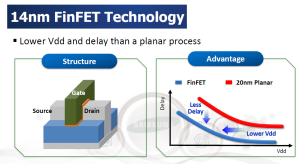 Firefox jumps out of the Mid-range with a spec’d out smartphone designed specifically for super nerds with the firefox fx0. The firefox OS is known for the mid range and low end offerings the platform is traditionally targeted and the fxo resembles them on the specs sheet. It brings a 4.7’ Ips display LTe and a Snapdragon 400 processor backed up by 1.5 GB of ram, high end for firefox but nothing extravagant otherwise. The real standout here is that you can see all those components thanks to the translucent design by the an artist Tokujin Yoshioka. The plastic isn’t premium, “How could it really!”. But being able to see the phone’s guts like its some kind of bloomingdale Motorola from a decade ago is pretty awesome. There is great attention to detail too, custom made gold color screws holding the casing together. It is a phone for super geeks they love that attention to detail.

It is also a phone you are not likely to see very soon. unless you are living in japan where its currently available. Still, Mozilla tells, it is always working on expanding the footprint of firefox OS this is a sign that the company is not completely content by exclusively serving the lower specs. So hopefully we will see something like this come to our shores sooner rather than later. 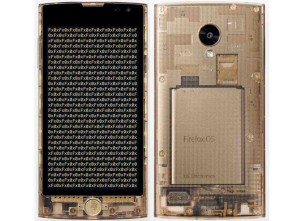 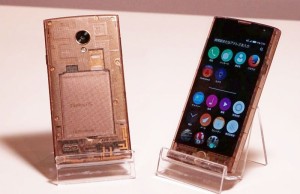 Flash, Flash, Flash. Various screens show the face of the actor. A woman crying in the corner while another loves the visual of her crying. The editor looks at all of these different shots and lets out a satisfied... END_OF_DOCUMENT_TOKEN_TO_BE_REPLACED

Each person does see the world in a different way. There is not a single, unifying, objective truth. We're all limited by our perspective. - Siri Hustvedt Perspective. It is a beautiful thing in a way that, all of us... END_OF_DOCUMENT_TOKEN_TO_BE_REPLACED

Police sirens, an opened door, a step out of the flat that had been an abode and a prison for 6-years-9 months-23 days—freedom at last?   Julian Assange was under no such false impression as the British police dragged him... END_OF_DOCUMENT_TOKEN_TO_BE_REPLACED

“How long are you planning to cry and sleep in here?” I asked her, as I raised the blinds in her dark bedroom. Seeing the chocolate wrappers and empty Ramen cups spread across the room, I couldn't help but sigh.... END_OF_DOCUMENT_TOKEN_TO_BE_REPLACED

Aren't all of us artists trying to express ourselves in this world? In my opinion, art is a form of expressing an emotion. Learning how to express our subconscious emotions and communicate with them will take time but what is... END_OF_DOCUMENT_TOKEN_TO_BE_REPLACED