Survival of the fittest- Is Survival Selfish? 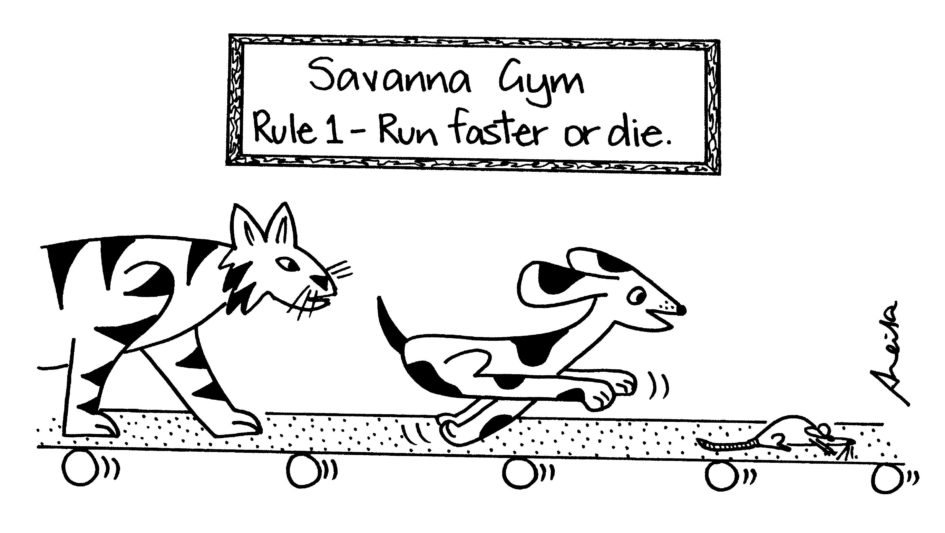 Survival of the fittest- Is Survival Selfish

Recently, I happened to read a book called “The Man-Eaters of Tsavo”. The Man-Eaters were a pair of lions responsible for the deaths of a number of construction workers on the Kenya-Uganda railway. This man eating behaviour was considered by many as abnormal, as most lions prey on  animals which are easier to catch and less intelligent. Some believed that they were possessed by the spirits of  two locals who didn’t want the railway line to be laid.  I tried to find more legitimate reasons for their unusual behaviour. Were they possessed? Was it a fight for survival? Here is what I found:

Life will defend itself, no matter how small it is.

So, what is survival? How did it change? We used to live in trees and now we’re living in cities and how did this change how we survive?
When you think of survival, you probably would think of survival of the fittest. In the 1800s, British naturalist, Charles Darwin, created a plan of evolution called “Survival of the fittest ” which says that humans were not created by a divine entity. Rather, they’ve been here for a long time- evolving, changing, learning and adapting. In fact, they share common heritage with other species.  All living beings are made of a combinations of different genes. Any design flaws in our genes don’t survive and over time are bred out of the species because “survival of the fittest“. Eventually, the whole genetic make-up has been moulded by this plan and this comes down to survival. 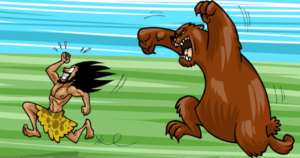 Then, how did humans survive ? Why are we so special? What did we do differently to be here now?
According to research, the early two legged hominids lived about 4 million years ago on our planet and they survived by learning to adapt and change. Which meant a lot of dead ancient humans. A lot of bio genetic flourishing over the years became extinct and now, we are left with Homo Sapiens(Human beings), the sole survivors of a massive chain of survival tactics. Modern humans are experts in spotting predators and prey as we have very good vision for that and we can run really well unlike the ancient humans who couldn’t stand upright. Ancient humans, hunters and gatherers, lived in a more dangerous environment, where they were constantly attacked by other humans and animals than by non-living things. Although we now live in cities and suburbs, their survival instinct is still evident in our generation. For example, you are more likely to be killed by a moving car than by a jaguar on the street. But, you are more likely to spot the jaguar before spotting that car which is about to run you down(which, ironically, could also be a jaguar).
So, what characteristics have modern humans developed for survival? One of them might be selfishness. So, is selfishness bad?

Survival seems kind of selfish. In the book, “The last train from Hiroshima”, author, Charles Pellegrino, quotes what a survivor from Hiroshima tells him – “the ones who survived were the ones who looked after their own safety by being selfish, self-centered, guided by instinct and not by civilization”.
In Life of Pi, for example, the priority of surviving is found throughout the movie. This movie shows how both humans and animals will do extraordinary and unexpected things to survive, but also shameful things. Pi, raised as a vegetarian his entire life, learns to eat meat and take life, two things that disturbed and disgusted him before his survival was at stake. Pi realizes that he can only survive if he proves his dominance over Richard Parker. So, he does so by using the whistle to reinforce his dominance. And he survives.

A Lion’s work hours are only when he’s hungry;

once he’s satisfied, the predator and prey live peacefully together.

Altered habitats can impact the living beings, putting them in a pinch for feeding themselves. When that happens, they must sometimes practice prey switching. And that is exactly what happened with the Lions of Tsavo. Their only source of food, the cattle started to vanish because of a plague. So, they relied on the next thing that’s on the food chain, the construction workers, to survive. Maybe they never wanted to attack them until the cattle started vanishing. But when confronted by a crisis, how we react is totally instinctual and that’s when the selfishness kicks in. In fact, if the ancient humans weren’t selfish enough we wouldn’t be here. Survival is not a periodic thing, it is a continuous process. It never stops. Everything, starting from a butterfly to the CEO of a Multi National Company, fight for survival every single day. No matter how much we don’t want this to happen, it happens and we all live on the same planet and try to survive regardless.

One of the man-eaters of Tsavo.

Afternoon, 27th September 2080 The season of fall had begun. The leaves had turned orange and were bidding goodbye to the trees which held them close to their hearts, to become one with the gentle breeze. Their journey now had... END_OF_DOCUMENT_TOKEN_TO_BE_REPLACED

I've grown up reading great things about Kashmir's beauty. In one of my textbooks, it’s also called "The Heaven on Earth" or in the local dialect, "Dharti ka swarg Kashmir." From the icy mountain slopes to the lush green plains... END_OF_DOCUMENT_TOKEN_TO_BE_REPLACED

[Trigger Warning] The following reading contains potentially distressing information about murders, violence, and brutality in relation to Nazi practices. Reader discretion is advised.   Have you heard of me? Of course, you haven’t. I am neither a Jew who survived... END_OF_DOCUMENT_TOKEN_TO_BE_REPLACED

"How do you feel about this achievement? Your book is now one of the fastest-selling books!" asked one of the reporters. "I'm happy for this book's success more than any of my other books. Because this book is not a... END_OF_DOCUMENT_TOKEN_TO_BE_REPLACED