A pleasant morning after experiencing a never-ending stroke of heat, a trip planned, a bag packed and I was all set to seize the day. Just as I stepped outside the threshold, a black cat crosses my way. “Wait up!!”, I hear a familiar voice yell, alarming me all of a sudden, “It’s not a good omen to start your journey after a black cat crossing your way” chastises my grandma.

Ha-ha, a sense of Deja-vu washes upon you after reading this, doesn’t it? This is one of the situations where ‘Been there! Done that!’ fits perfectly. We come across many such aspects in our life where people who are superstitious or have trust in luck and fate.

You also come across atheists or people who are against superstitions as they believe it all to be a game of science. We totally justify the statement ‘India is a diverse country’ not only in terms of caste etc. but also in its beliefs. Just like a coin has two sides, every superstition has its own real story to it and not just a cock and bull one. Here are few superstitions we’ve come across but never knew the truth behind the veil. 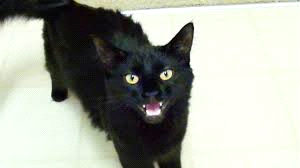 When a cat, particularly, a black one crosses your way, people believe it is bad luck and you have to hold up your plans for a little while. But the actual story is nowhere concerned to luck. Back when there were no vehicles and people travelled in bullock carts, there were often many animals like hyenas and leopards with glowing eyes crossing their path. People were scared cows and horses which is why they halted their journey to help the animals refresh themselves. When these travelers conveyed their experience to others, it ended up having a whole new different meaning to it. 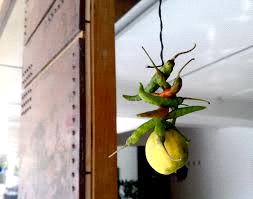 As most Indians are very religious, they believed that there existed a goddess named Alakshmi, who only brought misfortune and bad luck. This goddess was also fond of sour and spicy things. So, by hanging these items on their threshold, people believed the goddess will be satisfied eating this and won’t spare another glance towards the shops.

But the actual reason behind this is- When a thread is used to bind all these materials, it soaks up the fruit juices and prevents the venture of insects and pesticides etc. 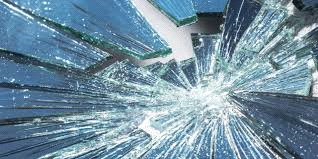 During the old times, mirrors were not affordable by everyone and were not made of tough material. So, people spread rumors saying that breaking mirrors bring bad omen so as to have people handling the mirror with care. It was nothing but a mere scare tactic. The story had originally taken its shape in Rome. The length of the prescribed misfortune came from ancient Roman belief, i.e., it takes 7 years of your life to renew itself.

4. Pregnant women are not allowed to go out during an eclipse: 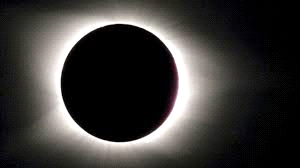 In India, it is predominantly believed that during an eclipse the sun is swallowed by a demon. Pregnant women must stay within the confines of the house to ensure that the baby is born without any deformities. Some families even go to the extent of not cooking and eating during an eclipse. The actual scientific explanation behind this is that the UV rays emitted during this time are not good for the bodies.

5. Lizard falling on a human is bad luck:

According to Gowli shastra, every movement made by a wall lizard holds some significance, however, the fact is that lizards are poisonous in nature and emit these chemicals onto human bodies and the food gets poisonous as it is bound to make it contaminated. One should keep in mind that the area is to be washed to avoid infection.

6.Adding one rupee to gifts is auspicious: 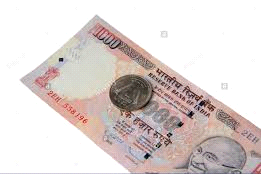 Adding one rupee to gifts is considered auspicious in our country. There are varied reasons like for some- It’s a blessing in disguise and a token of love, while for the others it may be a beginning of a new cycle and for some, it makes the sum odd number and indivisible which is believed to be a good omen for married couples. If a rupee is not added it makes the sum separable, so, an odd number is assurance of continuity.

Superstitions are basically nothing but a thread which is assumed to bind us to the near future. People often are under the false belief that adapting to these superstitions can bring you control over your future. The earliest superstition was created as a way to deal with ignorance and fear of unknown. Thus, superstitions are a way to retain their hold on future.

Believing these to an extent may be helpful in encouraging people to achieve their goals but once overboard cannot be useful at all. Humans are known for quenching their thirst of curiosity so by believing these superstitions, we shouldn’t abandon this endeavor or forget our roots.

Shashi is an amiable, poised, beautiful middle-aged Indian homemaker, and a mother of two, to whom family is both the beginning and period of her world. She may not be very professional but works overtime to fulfill her passion for... END_OF_DOCUMENT_TOKEN_TO_BE_REPLACED

Love is unconditional. It's received and given in many forms, but it's said that the truest of love is when it's without any limitations. A love for caring about others without demanding much for yourself. The love of acceptance and... END_OF_DOCUMENT_TOKEN_TO_BE_REPLACED

What’s wrong with the title? Has there been a mistake or has the writer gone crazy? Would you believe me if I tell you that nothing is wrong at all? Here’s the trick-Replace each letter of the title with its... END_OF_DOCUMENT_TOKEN_TO_BE_REPLACED

As I take a stroll in the graveyard observing my funeral, I find a few crying and the other meticulously bored by the doings. Yet it feels so light, death actually took away the pain of my congenital disease. But... END_OF_DOCUMENT_TOKEN_TO_BE_REPLACED

Trigger Warning: The following content contains a description of abuse and murder which is potentially disturbing. Readers’ discretion is advised.   Did you know that Adolf Hitler was alleged to have paranoid schizophrenia? Many Psychoanalysts pronounced that he had mental... END_OF_DOCUMENT_TOKEN_TO_BE_REPLACED