Disclaimer: The following article deals with the practice of Triple Talaq within the context of the Indian Constitution and Shayara Bano’s movement to abolish it.  It has been written with great sensitivity on part of the author and no offence to any community is intended.

“Abba Jaan, unne chodh diye merko”, cried the 37-year-old over a phone call to her father. It had been the month of October, in 2015, when she received a speed post containing the talaqnama, revealing the three words ‘talaq-talaq-talaq’ from her husband. While she hadn’t overcome the trauma of six forced abortions and continuous domestic violence, this incident hit her like a thunderbolt. It further traumatized her, as the custody of her children of 11 and 13 was still with her husband, Rizwan Ahmed. This is the story of the legendary Shayara Bano: the woman behind the Supreme Court’s historic decision to ban Triple Talaq.

She sought a ban on three practices under the Muslim Personal Law: Triple-Talaq, Nikah-Halala and polygamy.

Triple Talaq, also known as Talaq-e-biddat or talaq-e-mughallazah (irrevocable divorce), is a form of Islamic divorce generally followed by the followers of Hanafi Sunni Islamic Schools, which gives the husband a right to divorce his wife by mentioning the word ‘talaq’ three times, over a period of 90 days. Nikah-Halala is what follows Triple Talaq. According to it, if a woman wishes to remarry her divorced husband, then she has to marry another man first, after which she can remarry her first husband if the latter divorces her or dies. Polygamy under the ‘Muslim Personal Law’ permits Muslim men in India to marry up to four women. 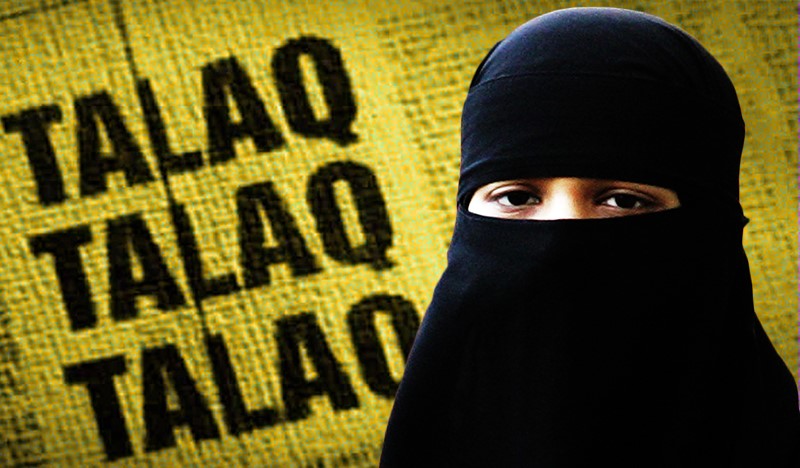 In what form is Triple Talaq practiced in India?

Despite 21 Islamic countries banning Triple Talaq, it is still practiced in India. According to Islamic Scriptures, Triple talaq should be practiced by uttering the word ‘talaq’ three times over three menstrual cycles of the wife (that is, three months). The time in between is given for reconciliation between the husband and wife. Yet, today, the ‘instant triple talaq’ is practiced, where the husband pronounces ‘Talaq’ three times in one go. According to a study, 92% of Muslim women in India want oral triple talaq to be removed. Though practiced orally, new ways of triple talaq have emerged, the prominent ones being in the form of speed posts, phone calls, emails and WhatsApp messages.

Nikaha-Halala, is the only method for the wife to remarry her husband. This has led to the exploitation of  Muslim women. Agencies have opened across India, offering schemes for women to carry out Nikaha-Halala by marrying a man, allowing him to consummate the marriage followed by divorce. This form of silent rape is not only heart wrenching but also Un-Quranic.

To fight such injustice came forth Shayara Bano and four other women who were responsible for SC’s historic decision.

Abused and divorced by her husband through speed post, Shayara Bano filed a petition against all three practices, backed by other women and the Muslim Mahila Andolan. 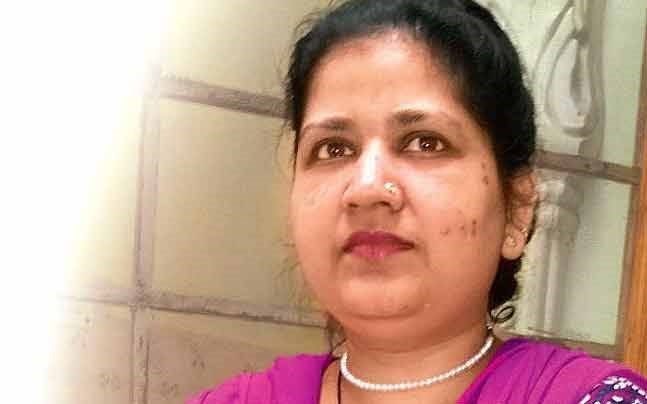 Ishrat Jahan was divorced by her husband on the phone. In April 2015, Murtaza, her husband of 15 years, called from Dubai, said “talaq, talaq, talaq” and disconnected. He had allegedly married another woman and retained custody of their four children.

Gulshan Parveen received a talaqnama or divorce notice on a ₹10 stamp paper when she was visiting her parents in 2015. “My husband felt like it one fine day and suddenly both my two-year-old son, Ridan, and I were homeless”, said Ms. Parveen. Ms. Parveen also alleges she was subjected to domestic violence over dowry. 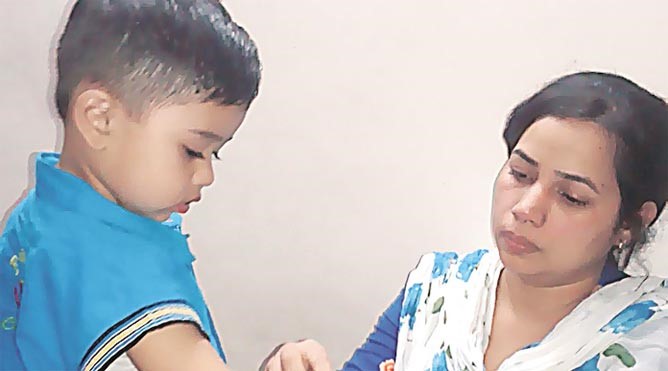 Aafreen Rehman, 25, got married to her husband after meeting through a matrimonial portal, in 2014. The domestic violence soon turned physical until, in September 2015, her family asked her to leave their house. She later received the talaqnama via speed post. 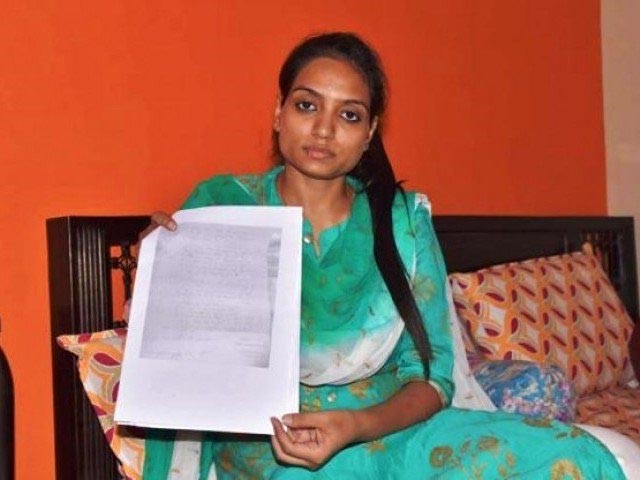 Atiya Sabri, married in 2012, was also divorced on a piece of paper. She approached the Supreme Court in January challenging her divorce. She has two daughters, aged 4 and 3.

A petition, titled ‘Muslim Women’s Quest for Equality’, was filed by the Bharatiya Muslim Mahila Andolan (BMMA). The BMMA argues that Allah says men and women are equal. Over 50,000 Muslim women and men signed the petition seeking a ban on triple talaq. The petition sought the National Commission for Women’s intervention to end this ‘un-Quranic practice’. Zakia Soman of the BMMA said, “We have reproduced verses from the Quran about talaq, negotiations and how it should happen over a minimum period of 90 days. The second argument is about gender justice. There is no ambiguity in the Constitution of India about all citizens having equal rights. 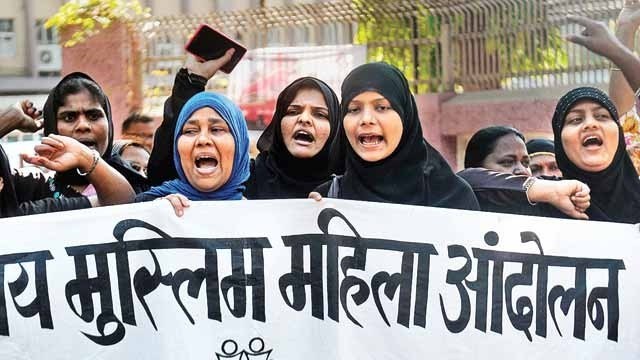 The Holy Quran finds no mention of instant talaq. The concept of triple talaq arises from Surah Al-Baqarah of ‘The Holy Quran’ verse number. {}{}{}{}.  The Holy Quran clearly mentions that the women must be treated with respect and utmost care but it has been subject to wide misinterpretations.

Shayara Bano’s petition sought that the practices of talaq-e-bidat, nikah halala and polygamy under Muslim personal laws be declared illegal and unconstitutional on the grounds that they violate Articles 14, 15, 21 and 25 of the Constitution.

On October 13th, The NDA government submitted an affidavit to the Supreme Court where it officially opposed the practice of triple talaq. This was opposed by All India Muslim Personal Law Board (AIMPLB), led by Senior Advocate Kapil Sibbal.

The member of the AIMPLB, Kamal Farooqi mentioned that the Board has filed a rejoinder to Shayara’s petition. According to him, “Personal laws cannot be tampered with or changed for one case alone. Today they will want to change talaq laws, tomorrow they will intrude into other aspects, like inheritance. This is unacceptable.”

During hearings, Supreme Court described instant triple talaq as the “worst form of marriage dissolution”. The bench that heard the controversial Triple talaq case in 2017 was made up of multi-faith members. The five judges from five different communities were Chief Justice JS Khehar (a Sikh), Justices Kurian Joseph (a Christian), RF Nariman (a Parsi), UU Lalit (a Hindu) and Abdul Nazeer (a Muslim). In a 397-page ruling, the practice was barred by 3:2 majority.

The historical decision was welcomed by all, especially aggrieved Muslim women. Despite this, the practice of Triple Talaq hasn’t ended.

The next step is to ensure its implementation. Whatever it may be, Shayara Bano’s dedication and courage to challenge the age-old practice has imprinted her name with golden letters on the pages of history. She has become the voice of thousands of silent victims, thereby inspiring millions all across the Globe. She has now vowed to abolish Nikaha Halala and polygamy. We salute and support her in this great battle, to make things right again, to start the Golden Age in the history of India. Indeed God is perfect (Subhanallah) and it is, without a doubt, the Almighty’s wish that justice was served (justice Mashallah).

[Trigger Warning] The following reading contains potentially distressing information about self-harm. The reader is advised to use their discretion to continue reading.   Darkness cocooned her room, her heart twisted, churned, her fingers closed around her throat, nails digging into... END_OF_DOCUMENT_TOKEN_TO_BE_REPLACED

Hope was an absurd emotion.   It was a chilly midnight when it happened for the first time. Monique was a light sleeper. After all, it didn’t take much more than a dull, heavy thud for him to jolt awake... END_OF_DOCUMENT_TOKEN_TO_BE_REPLACED

Aren't all of us artists trying to express ourselves in this world? In my opinion, art is a form of expressing an emotion. Learning how to express our subconscious emotions and communicate with them will take time but what is... END_OF_DOCUMENT_TOKEN_TO_BE_REPLACED

From a very young age, we are socialized to behave according to our sex. Boys are taught to be “masculine” and girls are taught to be “feminine”. But are there any biological differences between a man and a woman which... END_OF_DOCUMENT_TOKEN_TO_BE_REPLACED