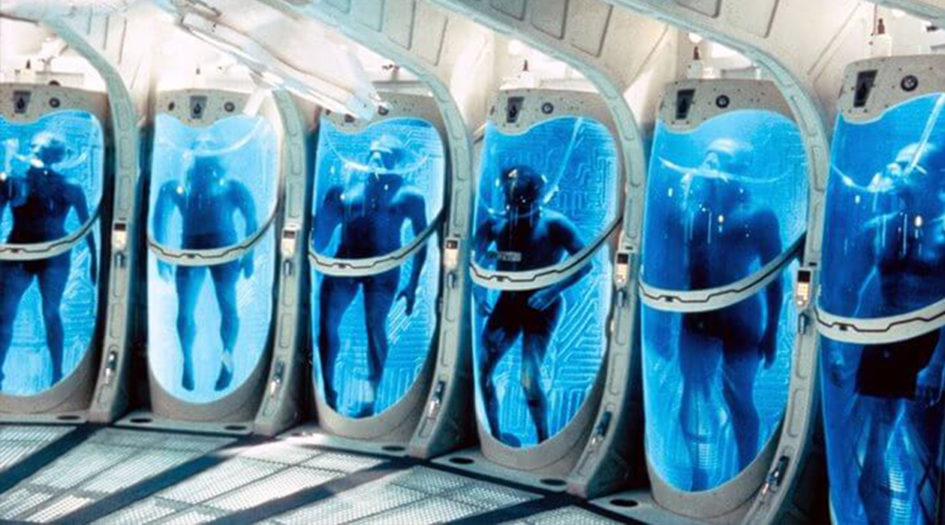 The finality of death has often disrupted the human notion of negotiation, simply because life is non-refundable, unexchangeable and every customer is allowed only up to one purchase. This reasoning has convinced us to perceive death as a single event rather than as a process. Simply put, we accept that at any given instant, a person is either dead or alive. We thus overrule the possibility of an intermediate stage, wherein the person is in the process of dying- not yet dead but will die.

Consider this scenario: Mr. X has recently been diagnosed to be terminally ill and is likely to die soon, simply because there is no cure for his disease. This does not indicate that a cure for it will not be invented in the future, but he probably wouldn’t live long enough to benefit from it. This led to a group of people formulating the concept of cryonics. They said that if we could somehow freeze a dying person who has no chance of surviving (keeping in mind today’s medical scenario) and keep him alive until a point in time when a cure is invented, he could be unfrozen and given the cure, ultimately reviving his life.

But freezing a man who was still alive was logistically not possible; the law in every country classifies that as a homicide, and the people behind the idea didn’t really enjoy the prospect of being put behind bars. Luckily for them, the legal definition of death is conveniently ambiguous: an irreversible cessation of all functions of the brain. In most cases today, death is confirmed by just examining the cardio-pulmonary function (heartbeat and breathing). Usually, if there is no heartbeat for 4-6 minutes, one’s brain does not receive enough blood to maintain the SpO2(Blood Oxygen Saturation) level and therefore dies.

However, cryonicists explained that the human brain can last several minutes without oxygen, as it engages in a series of slow processes of gradual destruction. In those precious minutes, using CPS (cardiopulmonary support), your heart and lungs are rebooted and bodily functions are restored, re-establishing a connection between the brain and body. If the brain can somehow be preserved and along with it, the memories, knowledge, attributes and other data that are unique to you, then the body can safely be transported to a location where the “freezing” will take place. 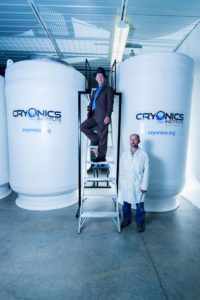 Even though the term “freezing” is commonly associated with cryonics, it isn’t exactly what happens. To begin with, the human body is made up of 60% water. Upon freezing, all body fluids would solidify and since ice occupies more volume than water, the crystals would expand and rupture delicate membranes and tissues. To avoid that, instead of freezing, they vitrify the body.

Take honey for instance, which moves a lot slower than water since it is more viscous. Now, imagine raising the viscosity of honey so high that it moves slower and slower before eventually stopping. This process is vitrification: the transformation of a substance into glass, or an amorphous, non-crystalline solid.

The process of vitrifying your body would involve surgery, through which most of the water will be replaced by a cryoprotectant or anti-freeze solution. Your body will then be subjected to a low temperature of -124 degrees Celsius at which the fluid transitions into the vitrified state.  Now that that’s been dealt with, chemical and biological activities come to a halt. No molecule can budge; time is at a standstill for you. You will then be suspended upside down in a tank of liquid nitrogen-no kidding; until you can be revived.

How long you will have to wait, no one knows. Even if everything goes well, you can’t be sure that the future generation will, indeed revive you. But that’s not the ideology that drives cryonicists. A lot of diseases that we can cure today, we couldn’t fifty years ago. A lot of diseases that we can’t cure today will be curable fifty years later, and that’s the core belief that drives cryonics. According to them, you are not dead; you are simply a patient who’s being taken into the future to be cured.

It was New Year’s Eve of 2019 and another seemingly ordinary year for me was coming to an end with a breathtaking view. The sun was presiding over the majestic hills of Nuwara Eliya, giving the stratus clouds a candy-like... END_OF_DOCUMENT_TOKEN_TO_BE_REPLACED

TRIGGER WARNING: This article contains instances of extreme violence. Reader discretion is advised. It was a hot, blazing afternoon. I was gaming with my friends. The doorbell rang out of nowhere and I couldn’t think of anyone who would visit... END_OF_DOCUMENT_TOKEN_TO_BE_REPLACED

Our fates intertwined through wedlock, Married life with a soldier, no cakewalk. Adorning the hats of both a mother and a father, Remember, we have now and always got each other.   Tales of your valour, the kids’ beloved story,... END_OF_DOCUMENT_TOKEN_TO_BE_REPLACED

From the beginning of everything, all I wished for, Was to be anything other than a phenomenon. All I wanted was to be alive and be missed, But I only have one path now, I march on.   Constant and... END_OF_DOCUMENT_TOKEN_TO_BE_REPLACED

TRIGGER WARNING: This article contains instances of extreme violence associated with The Partition of India and Pakistan, reader discretion is advised. We returned home from the Gurudwara. I headed towards my room and plopped onto the bed,  shot my head... END_OF_DOCUMENT_TOKEN_TO_BE_REPLACED