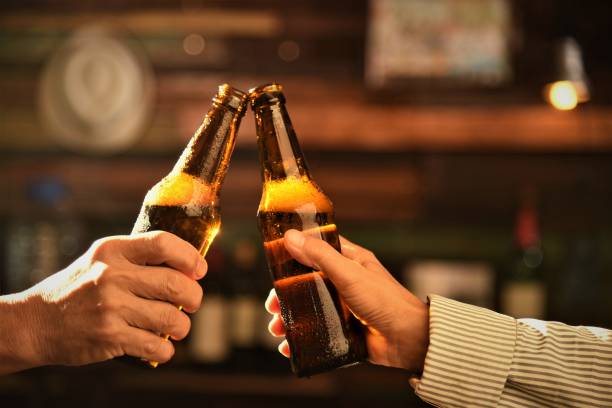 There wasn’t a soul in sight in the dark alleyway, its contours illuminated by the faint light of the moon. A perfect night for some quiet and speed she thought. Nyx fastened the helmet on her head. She plugged her keys in, her eyes skimmed the shiny surface of the Hayabusa, eyes raking every minute speck of it, taking in its lustrous metallic exterior, savoring every second of her liturgy. The engine roared to life and she let out a soft sigh. Despite the volatile and unsteady nature of her power, the horrors she had endured, the sleepless nights that claimed her, and any semblance of peace, this never failed to make her feel alive. It was her haven, devolved to escapism, an addiction of sorts she couldn’t quite let go of.

She took off into the alleyway accelerated, welcomed the sharp bite of the wind that assaulted her face, the bike picking up its pace, every five minutes or so the odometer hit 150, 170, 190, this wasn’t enough, her adrenaline kicked in, her blood thrummed with the need to go faster. She lived for moments like these when her surroundings were a blur of headlights and whiffs of gasoline when everything narrowed down to her and the path in front of her.

Nyx had no intention of slowing down because if she had slowed down, she would feel safe, her attention from the road ahead would deter, and her thoughts would drift to her brother, her dead brother. She would think about how she had failed to save him, how his blood felt on her hands, the way he gazed at her as he released his last breath, he would plague her until she broke down. If only the Alexandrian Society hadn’t been so keen on keeping their precious knowledge to themselves, he would have been alive and she would not have been left alone to fend for herself, suffice it to say her brother was the last thing she wanted to think about tonight.

She notched up the speed higher and everything dangerously blurred, she knew she was treading a fine line between life and death, she did not care, the high was worth it, she was at the pinnacle of her heart’s palpitations, the most alive she ever felt. Nyx groaned a little as she neared the meeting point, which was a sad dilapidated excuse of a bar, and pulled over.

She pushed open the doors to the dimly lit bar, which was thankfully secluded, which only favored her best interest for this meeting to be discreet. She sat on one of those large barstools and ordered two beer bottles for her and her companion, who had yet to show up. Minutes later, the doors opened revealing a brown-haired guy, who occupied the seat next to her. “You know, for someone who can traverse time, you’re awfully tardy,” she told him.

“Well, in my defense I never claimed to be punctual,” Ezra said. “Did you find anything interesting I should know of?” he beckoned. Just then, the bartender brought them their drinks and when he left, she replied “So far, nothing of any remarkable relevance, just that the five of them had unified to one strong unit. There is a sense of camaraderie in them that wasn’t there before and they don’t look like they are going to stop looking for her.” and by ‘her’ she meant Libby, Ezra’s former lover, and one among the six, who was chosen for the initiation. “I just hope you know what you’re doing” she shot him a concerned look.

Ezra gasped dramatically “Ah, won’t you look at that, I have finally managed to instill some human feelings in you, saving the world might be an easy task after all”. She just shoved him lightly and rolled her eyes. “You know, I still don’t understand how you manage to break into the wards as ancient and powerful as that and still walk out unnoticed like you own the damn place”. She merely leveled him with a lopsided grin “Well, we all have our secrets.”

“I’m glad to have you on my side, Nyx.” He should be, she was the only Medeian who could break through the wards and remain surreptitious, while she was at it, how she remained off the society’s radar would always be an enigma to Ezra. She was an oddity of sorts, something between Medeian and a witch, never quite belonging to anything, he found her to be a kindred spirit in that aspect. That girl was eerily adept when it came to espionage and stealth, thereby consequently becoming the most vital part of Ezra’s little rebel group.

She asked him if he had spoken to Libby. He shook his head “Not yet, but I will, soon enough”. “Do you think she will believe you and the claims you have made on Atlas?” she asked him. He grew quiet at that. “She has to, she is more vital and powerful than she gives herself credit for. I won’t stop at anything though, if she doesn’t concede we might have to face the remaining five, alone”.

His gaze turned contemplative for a little while, then he opened his mouth to say “We can fix this, you know? I know we can, we will fix this world, you’ll see, we’ll purge the poison and make things right”. Ezra said this with so much hope and conviction, his eyes glistened, it made him look younger, somehow brighter. He was a dreamer, she thought, she pondered how the world didn’t break him yet, and wondered where his drive came from.

He slowly turned to look at her and raised his bottle- “Here’s to saving the world”. She wasn’t really sure if aligning herself to his cause was a good idea, but for her brother and for countless others like her brother, for this world, she owed this much. It did not in any way absolve her of her sins, but she had to try, she had to make sure he had not died in vain. And so she offered him a small smile that matched his own, and raised her bottle to clink against his “to saving the world” she murmured thinking that if this did not bring her peace or heal her she did not really have a better chance at redemption.

– This article was inspired by “The Atlas Six” by Olive Blake

Faith has always been considered as one of the most inherently pure and pious things, across any and every religion and every school of a belief system based on the concept of God. That is probably because every single one... END_OF_DOCUMENT_TOKEN_TO_BE_REPLACED

As the night grew darker, enveloping an empty street with mystery and fear, it embraced two college students, Matteo and Ace. Drunk and floundering into the dark alley, they hadn't realised how far they had wandered until they came across... END_OF_DOCUMENT_TOKEN_TO_BE_REPLACED

Did your 8-year-old self ever wish for that awesome Pixar movie that you watched, and you watched, then you watched again, to be real? Because I did!  I had a dream. I wished I was a car so that I... END_OF_DOCUMENT_TOKEN_TO_BE_REPLACED

Ayrton Senna. A man whose legacy lives on to this day. Most modern-day drivers look up to him. He has won 41 Grand Prix in 162 races, has been on the podium 80 times, and has won the world drivers championship... END_OF_DOCUMENT_TOKEN_TO_BE_REPLACED