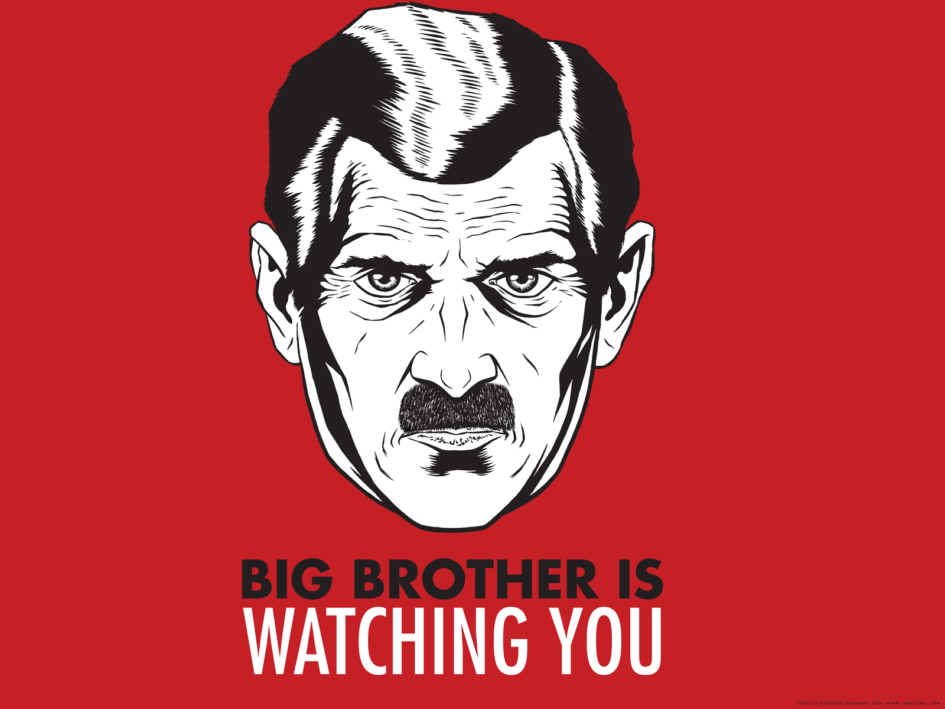 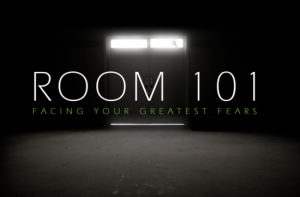 Inside room 101, in the building of the Ministry of  Love, O’brien converses with a medic before they begin their treatment, or thought-correction one ought to say, to Winston Smith who is found guilty of thoughtcrime.

O’Brien increases the dial to 40 and a sudden pain shoots into Winston’s vertebrae. He jumps into pain and screams but is held back by the straps which hold his limbs down.

Winston: Stop it.. Please.. It’s four! How can it not be four?!
O’brien: It can be! It can be three or sometimes five. It’s whatever Big Brother wants you to believe in. It’s what you’ll believe in for the rest of your life once you walk out of this room. You better understand that quick. You don’t want me to increase the dial up, do you? So, again, two plus two makes?

Winston: Please stop it!! You could make me utter it wrong, but you can never … never make it true!

O’brien: You’re the most robust person I’ve ever treated, intellectually though. But not the smartest! You have a line of thought deviating you from what is called the reality and you seize to believe in it.

*O’brien gestures his left hand with only his thumb concealed. And then signals towards the increasing dial. *

O’brien: How many fingers do you see, now?

O’brien: Wrong! There’s no god! And you will only see four as long as you can withstand the pain! You can make it easier on yourself ! Again! How many fingers up?

The dial must have hit ninety by now but the thought criminal hasn’t been persuaded. Winston goes blank and all he can feel is a numb sensation around his face.

He opens his eyes and can only see blurry visuals of O’brien and his hand held in front of him.

Winston murmurs “Fou..Four..” O’brien turns off the dial and starts it back untill the dial hit it’s peak. And then finally stops it.

*Winston gains back his senses, partially but enough for making a conversation. To his surprise, he sees five fingers held up. Without any deformation.*

Winston was finally convinced of what he saw. Neither were his eyes deceiving him nor did O’brien show all five fingers. It’s the eventuality of his suffering and the only escape for Winston from that life taking pain was to believe in it, accept it or simply, be convinced by it. It’s how mind works when all doors are shut. It’s not logical, but it’s effective. Such is the nature of persuasion in it’s most offensive state of imposition. It’s strategy against conviction, the seed of indigenous resilience. The battle between internal and external, because welcoming a foreign idea is against the inertia of mind. History tells us,  whenever there was an oppression of free mind, there always came a day of rebellion. When free minds are “rectified” to meet the needs of the imposer, there exists no rebellion but unity driven by ignorance and mental slavery. And if this is conducted on a scale big enough by a power mighty enough by destroying all materialistic evidences which may question the authoritarian, the past is what the powerful want to tell and isn’t necessarily factual. And that would be the most tragic state of affairs if not for the success of an oligarchic government and it’s effectiveness.

The ideology isn’t about the question O’brien was posing to Winston, which would make it silly if it were just about arithmetic. The underlying reason of changing Winston’s conviction is much more subtler. His belief in truth was undeterred and the commotion it might create in public if unchecked was a cause of concern. O’briens’  job wasn’t just to persuade him, but also to make him forget that some foreign germ of an idea had been implanted in his mind. If that deed was done, the evidence, whatsoever, is forever lost. This is the kind of fear, the extreme possibility of terror, the author of the novel, 1984, George Orwell awakens his readers to as we delve in a world where :

“War is Peace.
Ignorance is Strength.
Freedom is Slavery.”

The corporate industry is notoriously famous for having the highest pay grade difference for employees working in the same company at different levels doing the same or similar jobs. This difference attracts several young engineers and management graduates into this... END_OF_DOCUMENT_TOKEN_TO_BE_REPLACED

“How long are you planning to cry and sleep in here?” I asked her, as I raised the blinds in her dark bedroom. Seeing the chocolate wrappers and empty Ramen cups spread across the room, I couldn't help but sigh.... END_OF_DOCUMENT_TOKEN_TO_BE_REPLACED

“What is it about being blind that it makes you want to walk the dog the whole time?” “When it comes to environment, it's not us but our children and our children's children that will pay for our mistakes, which... END_OF_DOCUMENT_TOKEN_TO_BE_REPLACED

Flash, Flash, Flash. Various screens show the face of the actor. A woman crying in the corner while another loves the visual of her crying. The editor looks at all of these different shots and lets out a satisfied... END_OF_DOCUMENT_TOKEN_TO_BE_REPLACED

Police sirens, an opened door, a step out of the flat that had been an abode and a prison for 6-years-9 months-23 days—freedom at last?   Julian Assange was under no such false impression as the British police dragged him... END_OF_DOCUMENT_TOKEN_TO_BE_REPLACED