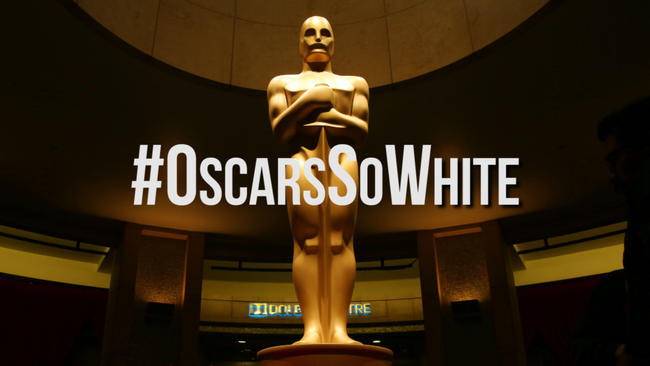 The #OscarsSoWhite hashtag has been spreading rapidly on all corners of social media – as it should. The lack of nominations for people of color in the 20 nominations for the second consecutive year has helped in the revival of this hashtag created last year by April Reign. Her interview with The Cut explains the origins of this tag:

“I was sitting in my room watching the nominations and was just so disappointed with the lack of representation of people of color and marginalized communities in the major categories. So the very first tweet was ‘Oscars so white they ask to touch my hair.’ And it just sort of took off from there.” 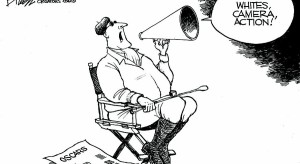 So how did this happen?

One of the major causes seems to be the board of voters themselves. The LA times conducted a study in 2012 with respect to the voters and found some fascinating results. An excerpt from the article published by the LA times reads:

” The Times found that some of the academy’s 15 branches are almost exclusively white and male. Caucasians currently make up 90% or more of every academy branch except actors, whose roster is 88% white. The academy’s executive branch is 98% white, as is its writers branch.

Men compose more than 90% of five branches, including cinematography and visual effects. Of the academy’s 43-member board of governors, six are women; public relations executive Cheryl Boone Isaacs is the sole person of color.”

What’s even worse is that as of now, it is not compulsory for the voters to watch every single nominated movie in spite of having screeners delivered to their homes. One can infer that this would lead to them casting their votes only for movies they would have seen and not make a well-informed decision, but I digress.

Another primary reason could be the lack of faith in minority actors by studio executives who are responsible for greenlighting projects. They refuse to take the risk of backing big-budget projects which seem to have lead actors of different ethnicities for fear of not being able to earn big bucks at the box office. A prime example of this is the recently-released “Gods of Egypt” which, in spite of being based on the mythology of Egypt, has a primarily white cast. Ridley Scott, who directed ‘Exodus: Gods and Kings’ said in his interview with Variety:

“I can’t mount a film of this budget, where I have to rely on tax rebates in Spain, and say that my lead actor is Mohammad so-and-so from such-and-such. I’m just not going to get it financed. So the question doesn’t even come up.”

This takes the form of a vicious cycle where talented actors are not being offered significant roles which in turn leads to them not being able to secure nominations. This isn’t just an issue faced by the black community either. The statistics in a Guardian article shed light on the deplorable situation of all minorities :

“Hispanic actors have secured only 3% of the nominations, although 16% of Americans are Latino. Asian-Americans (6% of the population) have had to make do with 1%.”

This problem goes far beyond just the academy and their voting practices, but seems to be rooted in the industry itself.

Discussion about this issue definitely seems to have generated a flip-side of sorts in the idea that many people are arguing that the only reason why non-white actors have not been nominated is simply because their performances were not good enough. If one were to follow this train of thought, then the pressure built by this campaign may actually be counter-productive. It may lead to minority actors being praised and rewarded for performances that may not have been at the same level as their white counterparts just to appease the common folk which would beat the purpose of this discussion in the first place. But as it stands, that seems to be a very distant possibility.

Many stars like Eva Longoria, Mindy Kaling, America Ferrera and Ken Jeong have spoken of their struggles in the industry and director Spike Lee and Actress Jada Pinkett-Smith have said that they will boycott the ceremony.

Finally, the Academy seems to be listening. The Board of Governors of the Academy of Motion Picture Arts and Sciences have approved a series of changes to the rules regarding the body of voters in order to increase diversity amongst the group. It would seem that the Academy is taking baby steps, but what remains to be seen is if these steps are effective in addressing the core problem. 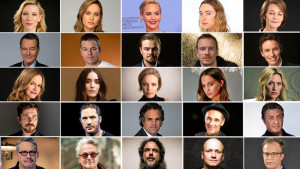 Aren't all of us artists trying to express ourselves in this world? In my opinion, art is a form of expressing an emotion. Learning how to express our subconscious emotions and communicate with them will take time but what is... END_OF_DOCUMENT_TOKEN_TO_BE_REPLACED

For the fourth time this week, I woke up at my desk. It wasn’t very comfortable: most of the space was taken up by an assortment of empty Red Bull cans and coffee cups. Clutter never bothered me though, it’s... END_OF_DOCUMENT_TOKEN_TO_BE_REPLACED

[Trigger Warning] The following reading contains potentially distressing information about violence, brutality and sadistic practices. The reader is advised to use their discretion to continue reading. “For the last time, you don’t have to do this. They will finish the... END_OF_DOCUMENT_TOKEN_TO_BE_REPLACED

Hope was an absurd emotion.   It was a chilly midnight when it happened for the first time. Monique was a light sleeper. After all, it didn’t take much more than a dull, heavy thud for him to jolt awake... END_OF_DOCUMENT_TOKEN_TO_BE_REPLACED

From a very young age, we are socialized to behave according to our sex. Boys are taught to be “masculine” and girls are taught to be “feminine”. But are there any biological differences between a man and a woman which... END_OF_DOCUMENT_TOKEN_TO_BE_REPLACED