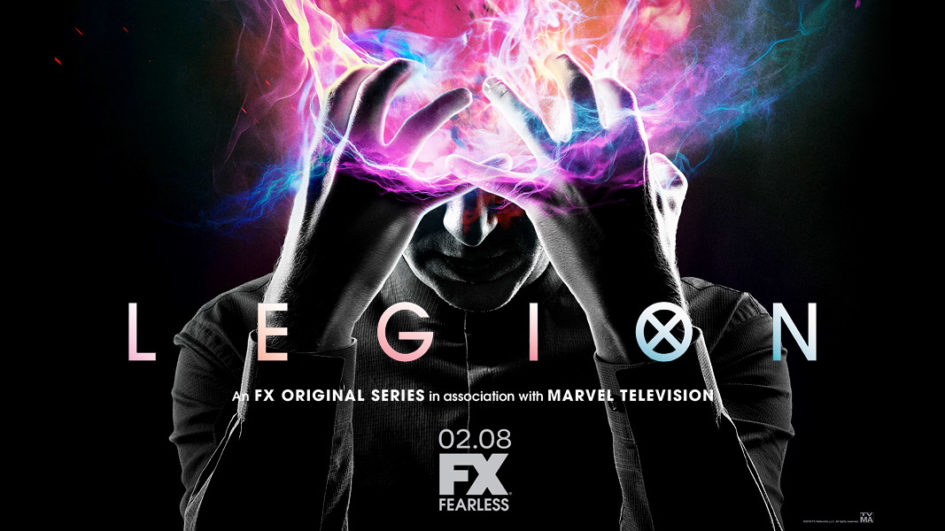 On watching any of the episodes of Legion, one can say right off the bat that it’s unlike any other TV show. It’s weird in the sense that it challenges one’s understanding and perception of modern cinema. It is an American cable television series, based on the Marvel Comics character David Haller/Legion. It is connected to the X-Men film series, the first television series to do so, and is produced by FX Productions in association with Marvel Television.
Not delving into backstory and spoilers, Legion is about a guy who is a superhero and doesn’t comprehend his powers, yet. He is on the run from government and seeks help from Summerland group.

That being said, the way this story is portrayed is vastly different from what you’ve seen on TV.

One of the main reasons to watch Legion is because of the main character, David, played by Dan Stevens who was a perfect fit for the role. His scenes are the most interesting ones on the show.  A show like Westworld, just after the first few episodes, made the fans speculate a lot of theories about the characters, the main antagonist. And so has been the case with Legion. Legion can be summed up as watching an amalgam of Westworld and DC’s light hearted The Flash, blended in an X-Men universe. Although it is a Marvel TV show, the character is owned by FOX and tries not to connect with any of the Marvel movies. 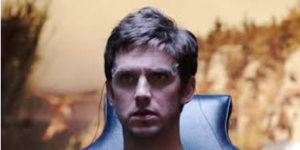 Throughout the season, David is seen suffering from an unknown internal fear. The way his suffering is presented in the show from David’s perspective just makes the audience pause in awe, go back and analyze what just happened, more so because whenever David goes bonkers, brace yourselves, things go crazy in Legion. Most of this is because of the creative writing from Noah Hawley, a genius in setting up his world with a lot of unique visuals and tone to bring the right vibe to the show.

The most mysterious character on the show goes to ‘The Eye’, who was shown with very unusual powers, which even after the finale are questionable. And the most interesting character of all is, of course, the character, Lenny. She is played by Aubrey Plaza, who has been receiving a lot of appreciation for one hell of a crazy performance.

David’s girlfriend Sydney, who is also a mutant, was lovely in the entire show. Talking about other characters… Melanie, head of Summerland was shown suspicious about her true intentions at the beginning. The Cary & Kerry, Ptonomy played out their roles pretty well. 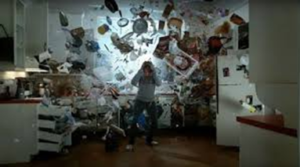 ESSENCE OF THE SHOW

Legion brings in a lot of themes, like playing with memory and repetition. It is clearly not a show for everyone. It is for those type of audience who like to be challenged to find out what’s going on because it relies a lot on visual references like having a specific lighting to represent the tone of the situation.

No TV show is perfect. In case of Legion, the mind bending storytelling is a reason for many viewers to get confused over what is happening. It only has 8 episodes in the season, which we can’t get enough of. These are not any flaws of the show, but the cliffhanger in the finale was not as great as the show itself; although it was satisfactory.

We can talk a lot about Legion once we get into spoilers. It is best enjoyable if you’ve seen nothing of it prior to watching it. If you are a TV enthusiast and an analyst of mysteries, it is highly recommended watching the episodes twice.

Legion is a perfect binge-worthy grounded superhero show and I, for one, can’t wait for the second season.

Two things have always fascinated me as a child- words and crosswords. Which word should I say? How do I say it? Can it, in its barely ten letters, hardly three syllables, carry the whole meaning of what I want... END_OF_DOCUMENT_TOKEN_TO_BE_REPLACED

Ayrton Senna. A man whose legacy lives on to this day. Most modern-day drivers look up to him. He has won 41 Grand Prix in 162 races, has been on the podium 80 times, and has won the world drivers championship... END_OF_DOCUMENT_TOKEN_TO_BE_REPLACED

The lockdown, for most of you, was the most boring time of my life. Six months of staying at home didn't do me any good apart from the fact that it brought me and my dad closer by giving us... END_OF_DOCUMENT_TOKEN_TO_BE_REPLACED

The scene opens in a jury room, where a decision is to be taken on the death sentence of a man accused of murder. After voting, each juror explains why they feel the accused is guilty or not guilty. One... END_OF_DOCUMENT_TOKEN_TO_BE_REPLACED

As the night grew darker, enveloping an empty street with mystery and fear, it embraced two college students, Matteo and Ace. Drunk and floundering into the dark alley, they hadn't realised how far they had wandered until they came across... END_OF_DOCUMENT_TOKEN_TO_BE_REPLACED