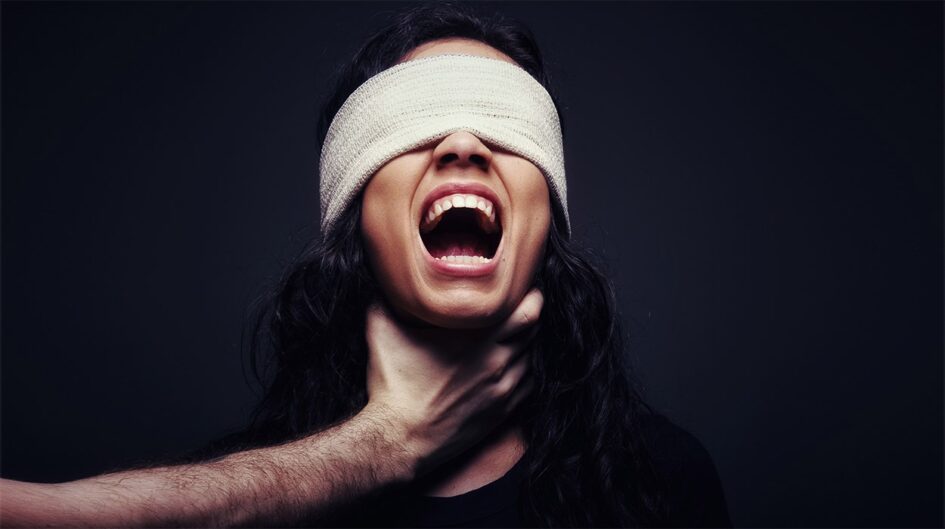 Picture a person going through a great deal of misery and sorrow because of some certain terrible circumstances they are in.

What expression did you picture this person in? The majoritarian guess would probably be a sad and unhappy face. Instead try imagining the same person, in the very same terrible conditions but bursting of laughter. Something about this does not feel right. Some of us might as well go out on a stretch here and label this person as mentally unstable.

The common ideology is that when stuck in terrible conditions and feeling sad about it, one must completely emote out and express their sadness in whatever way they seem fit. While this is true and good for someone’s mental peace, some people who realize their position in terrible conditions use humor and comedy about their own condition as a coping mechanism. Even from the worst of their tragedies, they try to derive humor and comedy to make sure they stay unmoved. For them, tragedy and comedy are just different sides of the same coin.

Historically, during most major events of mankind where a certain section of people was oppressed to a great degree, there are countless examples where people have used comedy as a huge coping mechanism. One of the most noted examples of this was narrated by a female Auschwitz survivor. “One of the first things they did to us was cut off the hair. That was something terrible. It all happened in an instant and after having my hair cut off, I could see some girlfriends of mine who I had known for a very long time. I could barely recognize them, but I started laughing. Many cried. They cried for the long hair and I started laughing and asked me “What? Are you out of your mind? Why are you laughing?”. I said “’This I never had before, a hairdo for free? Never in my whole life” 1

By turning the very narrative of the incident that was the cause for everyone’s sadness, this woman managed to stay unmoved by the conditions imposed on her. And many like her throughout history, have tried finding humor in their sadness to cope with their oppression. 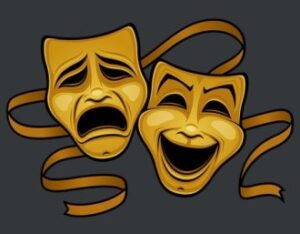 Having a sense of humor during a tragedy is a sign that a person has given up the conventional framework of how one must emote and respond during desperate times. It is a sign of absolute free thought. This is something that the oppressors dreaded as it makes it impossible for them to make the people feel dehumanized. This is because the people had now changed the perception of their misery entirely.

The oppressors have no defense against this as all their attempts to react to comedy make it more hilarious. And if the oppressors use physical force, they might temporarily halt the effect of comedy but not the eventual perpetuation of comedy among the masses when they’re all connected in one place. Well observed in today’s internet meme culture, propagation of information, and more importantly humor, when people are connected, takes place on a rapid scale.

Even today, it is an accepted fact that humor and laughing help alleviate stress in times of despair. It is the same reason many of us watch stand-up when we feel low. Specifically, humor based on the very topic which has caused the person distress is something that can be a major coping mechanism. This, when done right, can help you gain a new perspective on your problems and can allow you to come to terms with it.

The ability to laugh at our own mistakes and conditions is a sign of completely acknowledging our surroundings and realizing the fact that sometimes our sadness may not be justifiable but we should accept these conditions.

Picture a political campaign between two rivals, one who has always superficially mentioned only his/her good deeds and have completely ignored their flaws, and another candidate who acknowledges his/her past limitations and tries to fix them. It’s obvious which of the two would seem more approachable and honest. Self-enhancing humor can help us come to terms with the fact that we are not perfect and must accept ourselves the way we are. This in turn results in improved self-confidence. Research has found practicing self-enhancing humor helps ease the acceptance of a leader into a team 3 and a relatable positive association of team members with the leader.

In conclusion, being able to laugh at times of low morale can be an extremely helpful coping mechanism. It does not objectively make your worries disappear but can make you feel at peace and help you accept your current conditions. The age-old phrase holds, that indeed laughter is the best medicine.

“Comedy is an escape, not from truth but from despair; a narrow escape into faith.” – Christopher Fry

This article is inspired by the movie Life is Beautiful (1997).

2 – Jorge Torres-Marín, Ginés Navarro-Carrillo, Hugo Carretero-Dios. Is the use of humor associated with anger management? The assessment of individual differences in humor styles in Spain. Personality and Individual Differences, 2018; 120: 193 DOI: 10.1016/j.paid.2017.08.040

Comfort space is personal to every individual. It allows you to be yourself and cherish the moments as they are with no judgment whatsoever. As for me, movies and music do the job. Speaking about movies, I have been exposed... END_OF_DOCUMENT_TOKEN_TO_BE_REPLACED

The corporate industry is notoriously famous for having the highest pay grade difference for employees working in the same company at different levels doing the same or similar jobs. This difference attracts several young engineers and management graduates into this... END_OF_DOCUMENT_TOKEN_TO_BE_REPLACED

“How long are you planning to cry and sleep in here?” I asked her, as I raised the blinds in her dark bedroom. Seeing the chocolate wrappers and empty Ramen cups spread across the room, I couldn't help but sigh.... END_OF_DOCUMENT_TOKEN_TO_BE_REPLACED

[Trigger Warning] The following reading contains events of death. **This is entirely a work of fiction and no distress was intended for any family/person affected by a natural disaster. “Please Ma!” Arya pleaded. “I made it to my final semester.... END_OF_DOCUMENT_TOKEN_TO_BE_REPLACED

The human touch. Such a simple thing, yet one that holds immense power. Almost like a miracle. Wonder why? Read on.  We've been gifted with the five senses, namely: vision, speech, smell, hearing, and the most beautiful of all, touch.... END_OF_DOCUMENT_TOKEN_TO_BE_REPLACED