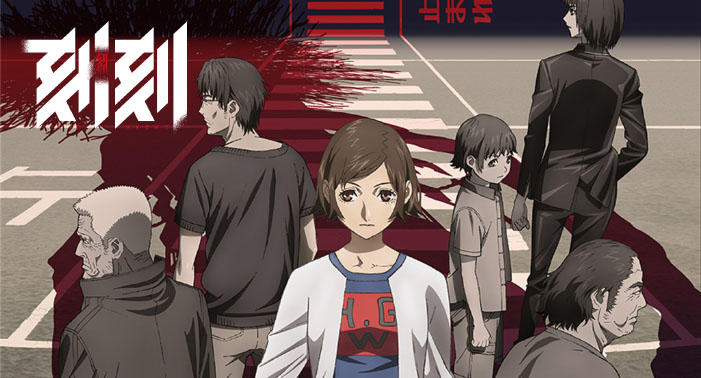 Kokkoku, meaning “Moment by moment” in Japanese, is considered one of the most engaging anime series in horror-drama-mystery genre which started this January, by most of us anime enthusiasts. The story casually starts when a 22 year old girl Juri Yukawa fails her 19th job interview and goes back home disappointed. As the first episode goes forward, only in the next 20 minutes we find the pace of the story go really fast where her older brother and little nephew get kidnapped; when her grandfather realizes that the only way to save them both is to get to a world of stopped time called “Stasis”, where everyone but them is stalled. Juri’s grandfather has a stone called The Master Stone which  has the power to let them into Stasis.Unfortunately, the grandfather doesn’t realize that they’re not the only people who could move! 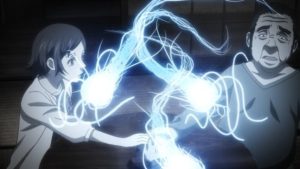 So far, only four episodes have been released and each one of it has a lot going on in just a span of 24 minutes. There are a lot of fascinating, yet weird creatures and concepts within the series which makes us eager for the next episode. 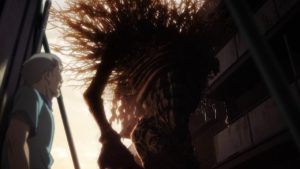 The story has more number of evil characters than the good guys.The bad guy squad works for a religious gang called The Genuine Love Society which seems to worship The Master Stone and use it to change the world.  Although, there are a lot of spellbinding supernatural powers to the good guys, the bad guys seem a lot more powerful, have better manpower and are very vehement about obtaining The Master Stone. 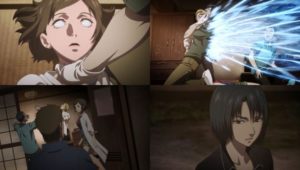 Also, the opening and the ending theme music are totally catchy.The opening, as usual gives a bit of introduction about the anime and the ending gives something to look forward to in the next episode.

As a whole, the series is highly recommended for young anime enthusiasts who prefer horror and mystery. It’s definitely not one of the anime series involving attractive teens and their love stories.

If you’re ready to enter a devilishly fascinating world, welcome to the Stasis!

Many of us might look back at the time we spent in school with nostalgia and fond memories. But most will also agree that it wasn't the happiest of places with long and monitored study hours, heavy bags full of... END_OF_DOCUMENT_TOKEN_TO_BE_REPLACED

It feels like just a week ago when the internet was bombarded with memes of Will Smith slapping Chris Rock at the 2022 Oscars. Ah, what a moment. The Cannes Film Festival too ended just recently, leaving us waiting for... END_OF_DOCUMENT_TOKEN_TO_BE_REPLACED

The lockdown, for most of you, was the most boring time of my life. Six months of staying at home didn't do me any good apart from the fact that it brought me and my dad closer by giving us... END_OF_DOCUMENT_TOKEN_TO_BE_REPLACED

Two things have always fascinated me as a child- words and crosswords. Which word should I say? How do I say it? Can it, in its barely ten letters, hardly three syllables, carry the whole meaning of what I want... END_OF_DOCUMENT_TOKEN_TO_BE_REPLACED