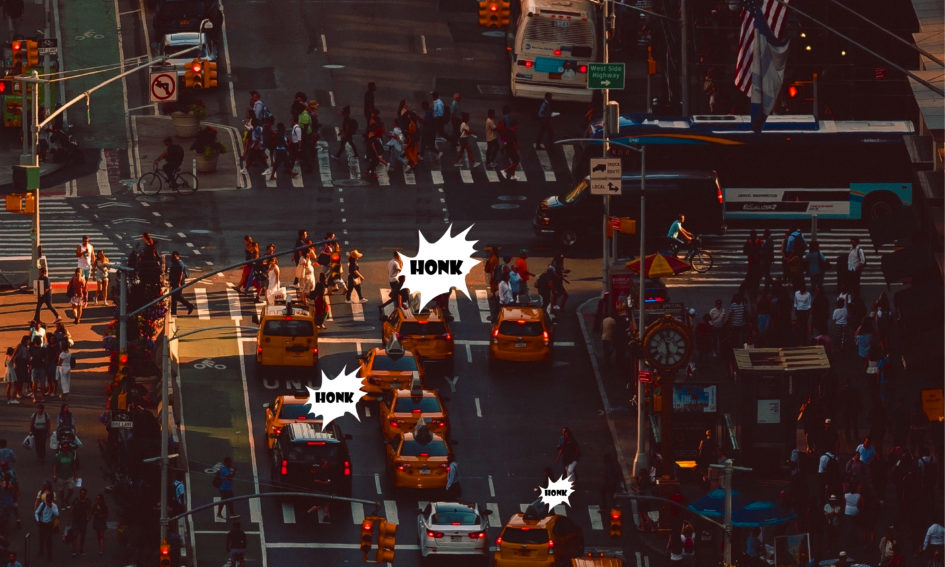 Note: This is a satire and is only meant to be conveyed humorously. It is to be taken lightly and is not intended to oppose, demean or insult anyone.

Traffic in India can be interpreted as a “flowing river”. A river flows endlessly and doesn’t stop unless there is a dam (in this case, maybe a “jam”). It is not affected by any obstacle on its path and will always find an alternate route. It flows in its direction without anybody guiding it, and most importantly, a river does not follow rules laid down by a man. There is an exception to this: Unlike traffic on our roads, a river flows only in one direction.

When I first sat in the driving seat, I learnt a few driving etiquette.

If somebody stares at you for not making way for them, stare right back at them. If they make odd faces for even slightly coming in their way, do the same to them for not letting you enter their lane.

In case a vehicle overtakes yours, race with him and overtake him. After all, it’s a matter of pride.

If somebody crashes into you, stop in the middle of the road and do not bother if it causes a traffic jam there. Tell everybody that you will not move till the accused pays you for the damage. On the other hand, if you cause damage to somebody else’s vehicle on the road or in the parking, either leave quietly or never admit your mistake.

While driving, it is best when assumed that everyone around you is either suicidal or homicidal. You are only expected to be concerned with what is ahead of you. Do not strain your neck by looking into the side or rear-view mirrors and keep moving forward at any cost.

Never stick to your lane and never use the indicator while shifting lanes.

You must obey traffic lights unless you are in a hurry, or you choose not to, or the person in front of you chooses not to.

Kindness and generosity are better off when left for other aspects of life. Block all the free left and free right paths, making sure that you’ll be one among the first to cross when the signal goes green.

Whenever you see or hear an ambulance coming your way, make way for it, but also chase the ambulance throughout, following the path that has been cleared, like a swarm of bees sticking to honey. This way you can pave your way through heavy traffic.

You are allowed to slow down or stop for children and old people who are crossing the road only if they use their hand indicating you to do the same.

The horn is to be used when you wish for someone ahead of you to go faster, you feel that someone is being foolish, you are pretty sure that someone is going to pull up in front of you, a few milliseconds after the light turns green in order to alert the driver 4 cars ahead of you that he might as well move quick irrespective of whether or not he can, just so you could cross the signal before it turns red again, and when you have just not used your horn in the last few minutes.

All other uses should be avoided.

Once you get accustomed to these etiquette, you will find driving much more pleasurable.

Violation of traffic rules in our country is widespread and uncontrolled.

In a country like India, you can either have an iPhone or violate traffic rules. You can’t do both as either would cost you your kidneys and yet almost everyone chooses to violate traffic rules. On the other hand, those religiously following it are mocked at. A man who waits for the signal to turn green is honked and yelled at by others, and then there are people who barely care about the color of the signal.

Even the process of acquiring a driving license does not make it mandatory to know traffic rules in detail.

For most people who come to India from other countries, political correctness does not allow them to be critical of our traffic due to the fear of offending Indians, who anyway, get offended by the drop of a hat.

Many violations go unnoticed. Some are noticed but ignored, and the ones which are purposefully caught are “settled”. As you can see, Indians are pretty good at bargaining.

You might’ve heard of the saying “live and let live”. But then again when you live in an overly populated country, you’re not expected to follow it, for it could be one of the measures to control the population.

Thus, I would like to conclude by saying that save money, if not your life.

[Trigger Warning] The following reading contains events of death. **This is entirely a work of fiction and no distress was intended for any family/person affected by a natural disaster. “Please Ma!” Arya pleaded. “I made it to my final semester.... END_OF_DOCUMENT_TOKEN_TO_BE_REPLACED

Growing up watching Sci-fi movies, I always imagined myself living in a fully automated world with all these cool tech devices- flying sneakers, teleportation units, and whatnot. Something as dreamy as the “first cognitive city” proposed to be built in... END_OF_DOCUMENT_TOKEN_TO_BE_REPLACED

“How long are you planning to cry and sleep in here?” I asked her, as I raised the blinds in her dark bedroom. Seeing the chocolate wrappers and empty Ramen cups spread across the room, I couldn't help but sigh.... END_OF_DOCUMENT_TOKEN_TO_BE_REPLACED

Police sirens, an opened door, a step out of the flat that had been an abode and a prison for 6-years-9 months-23 days—freedom at last?   Julian Assange was under no such false impression as the British police dragged him... END_OF_DOCUMENT_TOKEN_TO_BE_REPLACED