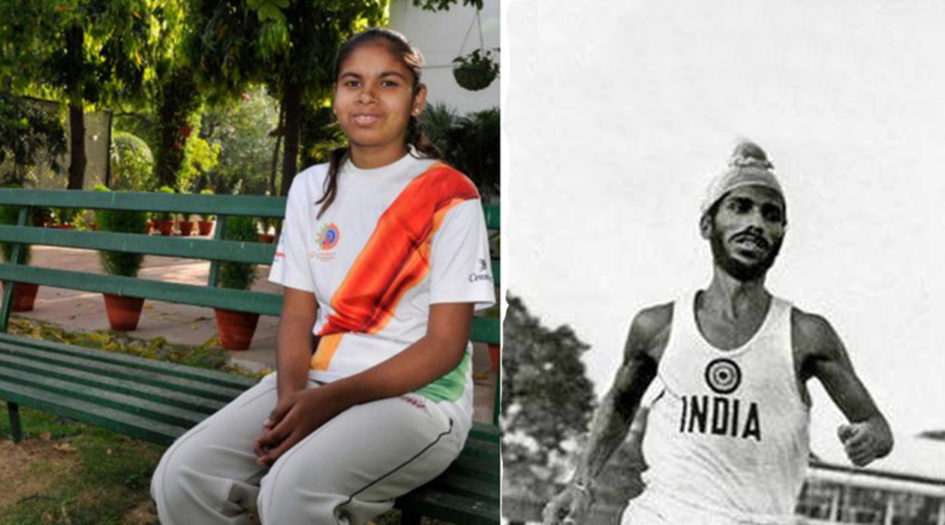 A certain question that we all come across very often is – “What is your goal in life?” In general, there are many answers to this question, but from an athlete’s point of view, the immediate response would be winning a gold medal at the Olympics, creating a world record or winning laurels for their country. The passion towards their sport, their hard work, and the undying spirit of never giving up are what helps them achieve their goals. In this journey, the hurdles one faces aren’t few. For some, it is the fear of letting down their loved ones, for others, it’s the fear of criticism. Either way, we can’t deny the fact that athletes undergo a lot of pressure.

Speaking of our country in this aspect, India has always been a sport loving one and has produced few of the best athletes the world has ever witnessed. Choosing sports as a career here is no joke. Many athletes have proved that and in spite of the struggles, they have made their way to the top in their sport and enjoy the name and fame that they deserve. But on the other hand, we have a few athletes who dedicated their lives to sports but were left behind and moreover had to quit their sport. Incidents, such as these occur mostly due to the lack of support from the people around or for political reasons. These athletes are not few in number, but the ones that stand out the most are:

Makhan Singh – only Indian to have defeated Milkha Singh 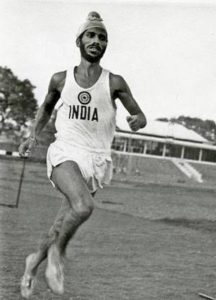 Most people might be familiar with the name ‘Milkha Singh’, who was one of the finest sons of India on the race track. He was given the title ‘The flying Sikh’ because of the pace at which he used to sprint. Makhan Singh was the only Indian to have defeated Milkha Singh on the track and furthermore achieved this feat twice. He was born on 1 July 1937, in Punjab. He also served the nation as a Subedar in the Indian Army. In the 50’s and 60’s, Makhan and Milkha Singh were the best sprinters we’ve had.

He won 12 gold medals in the National Games between 1959 and 1964. In 1962, he was at his very best and won four gold medals in the National Games, one of which was for his remarkable triumph over Milkha Singh. He even won a gold and a silver medal in the Asian Games, Jakarta. This brought him huge fame and he was awarded the Arjuna Award. He even took part in the Tokyo Olympics.

Then began the bitter phase of his life. After his retirement from the army, due to the lack of financial support he had to take up jobs like driving a truck and running a stationery store. The tragedy was that even his wife knew him only as a truck driver until she saw a magazine with her husband’s face on it, being called a prominent athlete.

Later, he lost a leg in an accident and had to stop driving and since then the family was dependent only on the soldier’s pension. This unsung hero of India passed away in 2002. In 2009, after struggling for a long time, the family received financial support from the Union Sports Minister and the Union Petroleum Ministry. Makhan Singh’s story is a fine chapter of our country’s sports history which is now erased from people’s memories. 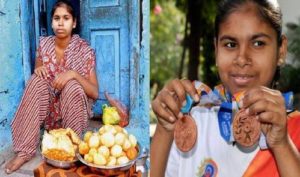 Sita Sahu is a very special athlete from Madhya Pradesh. At a young age of fifteen, most of us just dream to achieve something big which usually doesn’t turn into reality. This wasn’t the case with Sita. At the age of fifteen, she won two Olympic medals at the Special Olympics of Athens and made the whole country proud. Her journey to the track is a slightly cinematic one. Her teacher, Usha Sahu, recognized that Sita wasn’t able to walk without stumbling but was able to sprint very fast. This was when she first saw Sita go on to become an athlete.

Tremendous hard work and her determination guided her to victory and she won two medals at the Athens Special Olympics. She desired to win more for the country but the odds weren’t in her favor and due to the financial condition of her family, she had to quit the sport. The Government assured to reward Rs 50,000 for each of her medals but failed to do so, even after several attempts of the family to remind them. Such incidents forced her to quit the sport and the join the family business of selling gol gappe on the streets. Even her brothers had to stop their schooling and join the business.

After struggling for a long time, she managed to claim the rewards which she was promised and it didn’t take long for her to get back to the track and her brothers to school. Though she couldn’t take part in the recent Olympics, she hasn’t stopped training for it. The determination and passion that the young lady has displayed are remarkable and her journey will inspire many youngsters to follow their dreams.

India has been criticized very often for our performance in international sports competitions like the Olympics. The reason isn’t that we don’t have athletes with the caliber but it is that we don’t support them. We have to support every sports equivalent to sports like cricket and make sure that athletes like Sita aren’t forced to quit their dreams, which bring glory to the country.

I've grown up reading great things about Kashmir's beauty. In one of my textbooks, it’s also called "The Heaven on Earth" or in the local dialect, "Dharti ka swarg Kashmir." From the icy mountain slopes to the lush green plains... END_OF_DOCUMENT_TOKEN_TO_BE_REPLACED

"Animation is not the art of drawings that move but the art of movements that are drawn” ~Norman Mclaren. Some things in life don’t change, like the craze we have for animation. Right from adoring our childhood shows to never... END_OF_DOCUMENT_TOKEN_TO_BE_REPLACED

Afternoon, 27th September 2080 The season of fall had begun. The leaves had turned orange and were bidding goodbye to the trees which held them close to their hearts, to become one with the gentle breeze. Their journey now had... END_OF_DOCUMENT_TOKEN_TO_BE_REPLACED

Russia, 2027. Isn't it fascinating how we humans have evolved? Thriving for perfection, we're in a race for continuous development. This century has seen tremendous changes that none of our ancestors would've ever imagined. And as we've evolved, so has... END_OF_DOCUMENT_TOKEN_TO_BE_REPLACED

Trigger Warning: The following article contains a portrayal of characters suffering from severe mental illness. Readers' discretion is advised.   Jane was driving her away from the glimmer of light towards the darkness, creeping deeper and deeper, until she was... END_OF_DOCUMENT_TOKEN_TO_BE_REPLACED