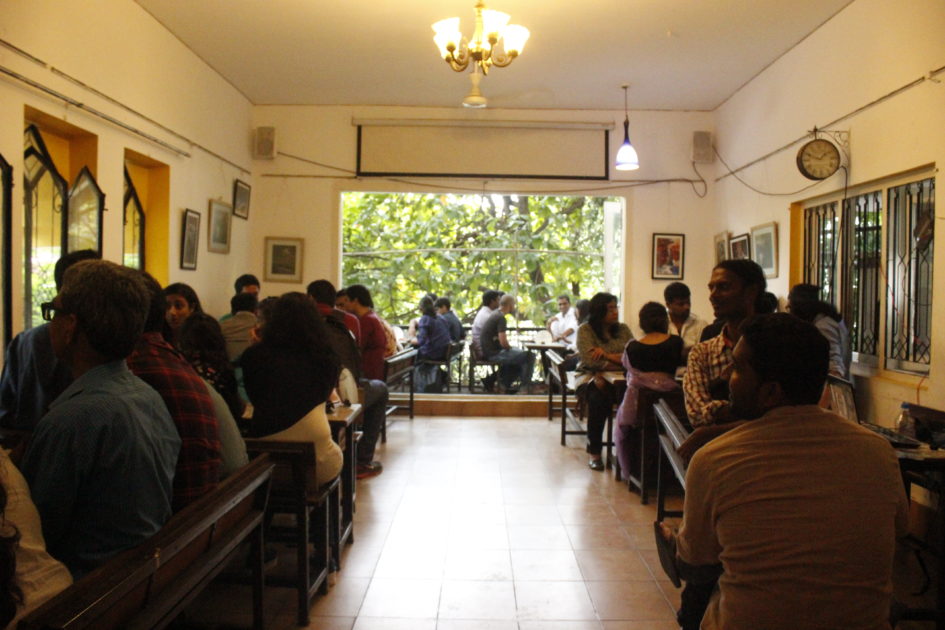 “Don’t Judge A Book By Its Cover”

Not everyone of us is an avid reader. The allure of picking up a book is lost on many. Many find it quite taxing: spending hours together with their noses deep in a book. But, what if I told you that books can speak? Yes… at a Human Library, they can.

WHAT IS A HUMAN LIBRARY?

Human Library is a library where books are humans and reading is a conversation.The concept goes something like this: You are provided with an assortment of human books and you get to pick a book and have a conversation with it. A Human Library is designed to build a positive framework for conversations that can challenge stereotypes and prejudices through dialogue. The movement was first started by an international organisation, Human Library, in Denmark in the year, 2000.

I was scrolling through my Facebook feed when I stumbled upon a Human Library event which was to be held on October 1st at Lamakaan, a center in Banjara Hills which is considered – rightfully – by many Hyderabadis as the to-go place for everything cultural. It was being conducted by its Hyderabad chapter, Human Library Hyderabad, in collaboration with AIESEC in Hyderabad. 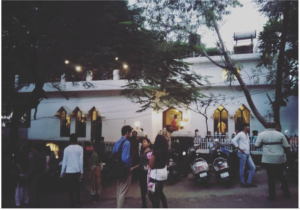 All of this was quite new to me,  and I looked it up online and the more I read about it, the more intrigued I got. I knew, then, that I had to give it a shot.

With a heart full of excitement and a mind brimming with curiosity, I reached Lamakaan half an hour late, which, by the way, was completely fine as it was an open event; people could walk in and out anytime they wanted. I had been to Lamakaan once before and the place hadn’t changed a bit.

The place was already teeming with enthusiastic people who had gathered there to participate as readers, like me. I gave a glance in all the directions hoping I’d find someone familiar. I didn’t. 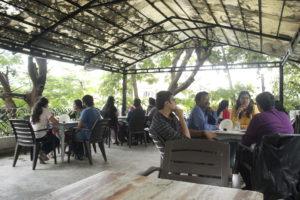 Each of the readers was allowed to borrow a book for no more than half-an-hour, during which the book narrates its story for the first twenty minutes and for the remainder of the time, there was a Q&A session. Like they say, choices spoil you. And I was hard-pressed to select the books that I could possibly fit into the 3-hour event. Readers had to reserve the slots of their choice at the registration desk;  a small slip of paper was given to each reader for keeping a track of their allotted slots. 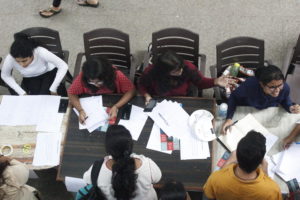 Coming to the human books available, there was no dearth of compelling stories waiting to be narrated to eager individuals. There were 18 ‘books‘, all of which were marked with a prefix ‘B’. So, there were books B1 to B18, none of which was run-of-the-mill.

For instance, one of the human books was a transgender woman, Ms.Vyjayanti, who spoke at length about the trials and tribulations of being part of a community that is shunned and ostracised by the society at large, and how she, very courageously, battles the prejudices against her in every step of her life.

Then, one of the other books was a vegan, who was an advocate for the cause of  ‘veganism for animals’.  Child Sex Abuse was another of the topics covered by a book.

However, there was one book, in particular, that was grabbing a lot of eyeballs and generating a lot of buzz: B6. The title of the book read, “Chains of Freedom”. All the slots for this book were filling fast.  This human book‘s travel diaries boasted of such enthralling and jaw-dropping experiences that it would put many other travel diaries to shame.

It was an excellent opportunity for people to make themselves aware of many sensitive contemporary issues like veganism, fat-shaming, slut-shaming, homosexuality, crippling depression, to name a few. More importantly, it was also an opportunity for readers to converse with books representing various factions of society that have often been marginalised and pushed to the fringes.

Our brains are often prejudiced and conditioned to think in a particular way. And when someone/something comes our way that challenges these preconceived notions, we find it unsettling. In a world full of people like Trump, it is the need of the hour to have such dialogues, and my experience at Human Library Hyderabad only further anchored my stance. Furthermore, I got to interact with so many people with different mindsets, ideologies, and opinions as me, that it was an eye-opener.

And on the first Sunday of the October of 2017, I came home an inspired person.

HERE’S A SNAPSHOT OF THE CATALOGUE: 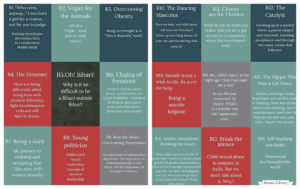 FEW OF THE HUMAN BOOKS: 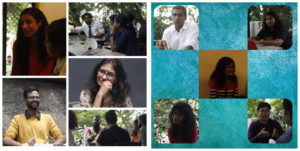 I’d recommend each of you to check out the many events conducted by Human Library Hyderabad for an enriching experience that’d be etched into your memories for a long time.

"How do you feel about this achievement? Your book is now one of the fastest-selling books!" asked one of the reporters. "I'm happy for this book's success more than any of my other books. Because this book is not a... END_OF_DOCUMENT_TOKEN_TO_BE_REPLACED

To most, the color purple is just like another color and holds no special significance, other than to be one's favorite color. It is a simple color resulting in a beautiful blend of red and blue colors. But in reality,... END_OF_DOCUMENT_TOKEN_TO_BE_REPLACED

The palette sat on the table, its many children crawling to play with each other. I dip my brush into the palette, squidge it into the deepest shade of blue until the bristles get covered in blue up to their... END_OF_DOCUMENT_TOKEN_TO_BE_REPLACED

2nd February 2000 Dear Diary, Ugh! Waking up early every single day to attend school is so annoying. I wish we didn’t have school and exams so that I can enjoy myself at home all day long. But that can’t... END_OF_DOCUMENT_TOKEN_TO_BE_REPLACED

Afternoon, 27th September 2080 The season of fall had begun. The leaves had turned orange and were bidding goodbye to the trees which held them close to their hearts, to become one with the gentle breeze. Their journey now had... END_OF_DOCUMENT_TOKEN_TO_BE_REPLACED