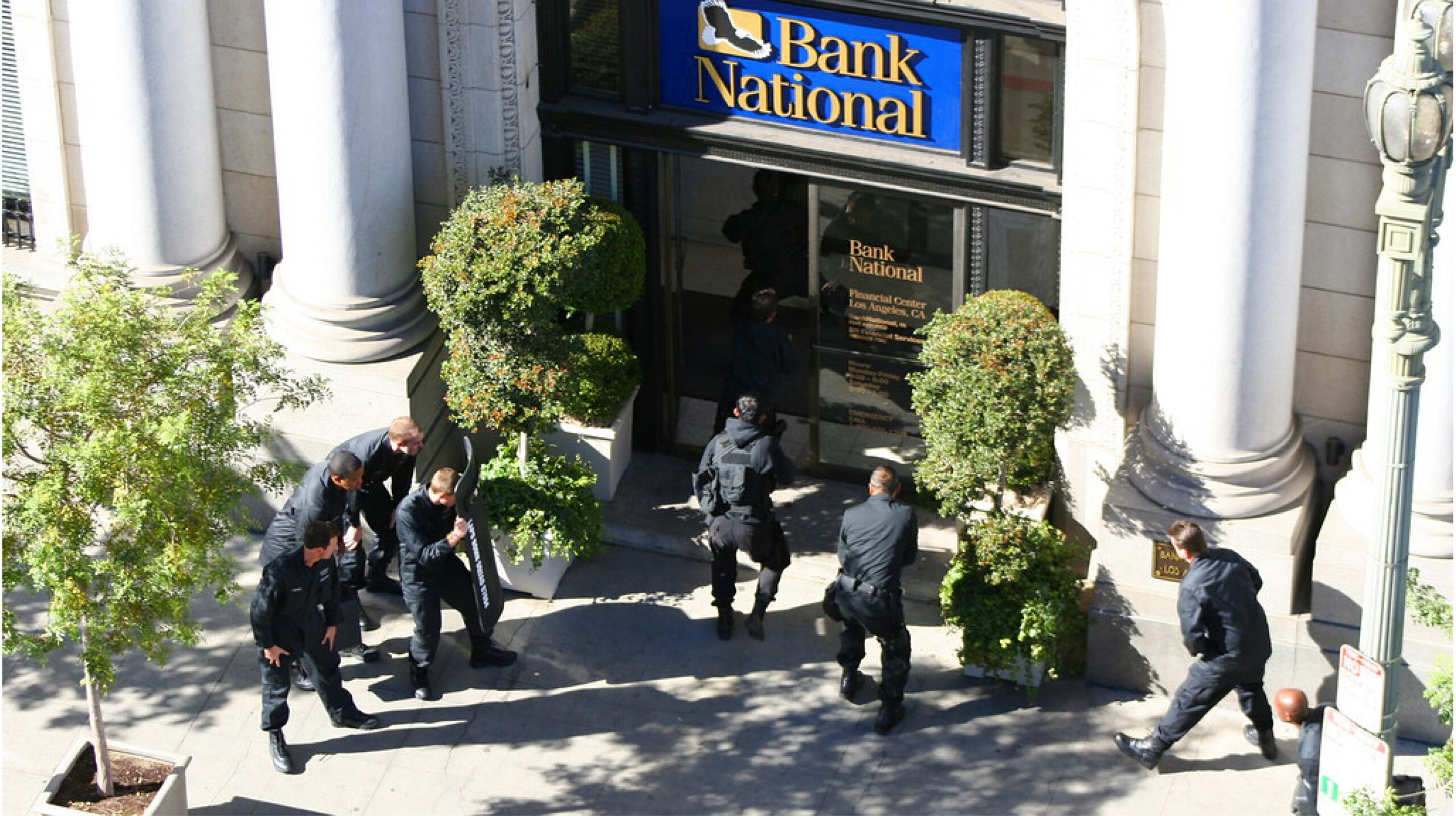 A team of misfits. An intricate plot. A treasure worth beyond compare. From Ocean’s Eleven to Money Heist, we’ve all fantasized about never having to work, about committing the perfect heist, where a bit of planning and guts delivers more money than most people make in a lifetime.

Of course, some people go through with their plan – To rob the world’s top museums, banks, diamond centres, and walking out with millions, leaving nothing behind but empty vaults. Unfortunately for them, not all criminals are lucky enough to go home. Most of the time, they have been brought to justice. Even after perfect execution, some heists just aren’t meant to be.

Crime doesn’t pay and here’s a look into a few stories of the ones who couldn’t get away.

In 1991, two gunmen wearing ski masks broke into the Vincent Van Gogh National Museum in Amsterdam. They tied the guards up after forcing them to deactivate the infra-red alarming system and the security cameras. They leisurely spent 45 minutes choosing the paintings they wanted to steal, that summed up to a worth of $500 million.

But what could’ve been the biggest art theft in history, turned out to be the shortest one. The car in which they planned to escape in got a flat tire. The spooked criminals abandoned the paintings in the car and ran away but were soon arrested.

The Great Train Robbery in the UK served as an inspiration to a bunch of movies and books. This heist was unbelievably simple. In 1963, a group of 15 robbers used a fake stop signal to get the conductor to halt the Royal Mail train at a remote location. They boarded the train, overpowered the guards, and took $41 million.

These bold London lads, who left without a trace might’ve escaped detection, had they not thrown the dice. In an ironic twist, they ended up going directly to jail when fingerprints were found on the monopoly board game that they played with stolen cash just hours after the heist in their hideout.

In 1911, thanks to this heist, Leonardo Da Vinci’s Mona Lisa shot to global stardom overnight. An employee hid inside the gallery until it closed for the night. He took the painting from the protective glass case, hid it under his coat, and walked out the following morning.

The theft of the then little-known art went unnoticed in the Louvre Museum for a day. But when it was discovered, oh boy! Her face was plastered on the front of newspapers around the world. Suddenly, she became the most famous painting on the planet – far too famous for the thief to get away unnoticed. He kept it in his apartment for a while but was caught when he tried to sell it.

The Antwerp Diamond District is the Diamond capital of the world. In 2003, a gang of thieves broke into the heavily secured centre and pulled the largest diamond heist of the century. They bypassed heat, light, thermal, magnetic sensors using Styrofoam boxes, tape, women’s hairspray, and aluminium, respectively. They managed to open 123 out of 160 lockers, each of which is made out of steel with unique key combinations and escaped with jewels worth a $100 million.

After the robbery, a member panicked and disposed of the evidence in the woods. It wouldn’t have been noticed at all but it wasn’t just any land. They didn’t realize that they were trespassing on private property that belonged to a Belgian hermit. Upon seeing a jumble of envelopes from the centre, security footage, and a half-eaten sandwich in a trash bag, the owner contacted the police and led them straight to the criminals.

Fortune favours the bold, right? It certainly helped out the manager of the Agricultural Bank of China. In 2006, Ren Xiaofeng took 200,000 Yuan at first, intending to buy lottery tickets and replacing the money excluding the profits. And so began the tale of China’s biggest-ever heist. Although the odds of it happening was negligible, it unbelievably worked for the first time.

You can guess what happens next. Going for that winning ticket proved addictive and ended with him behind the bars because this money came from the bank vault that he was responsible for keeping safe. With stakes much higher he went back for another round – and another till the vault was void of any cash. When the staff noticed the missing funds, Ren along with his accomplices was apprehended.

If you’re going to burst through a wall in order to steal some jewellery, you might want to double-check the wall you have chosen. In 2013, two thieves in Brisbane accidentally ended up in KFC instead of a jewellery store. Oops! The mix up occurred when they took the wrong direction in a connected row of shops.

But no big deal! Clearly having decided to make the most of the unfortunate situation, the duo improvised, robbed the restaurant instead and were arrested. Turns out, this was their third attempt. Previously, they had tried breaking into the store only to find themselves in an animal Welfare League Shop.

Well, if you don’t succeed, try and try again right? Unless you’re caught and put in jail. After all, someone has to keep the police and the insurance companies on their feet.

~ Inspired by ‘Six of Crows’ written by Leigh Bardugo

Trigger Warning: The following article contains a portrayal of characters suffering from severe mental illness. Readers' discretion is advised.   Jane was driving her away from the glimmer of light towards the darkness, creeping deeper and deeper, until she was... END_OF_DOCUMENT_TOKEN_TO_BE_REPLACED

Love is unconditional. It's received and given in many forms, but it's said that the truest of love is when it's without any limitations. A love for caring about others without demanding much for yourself. The love of acceptance and... END_OF_DOCUMENT_TOKEN_TO_BE_REPLACED

"Animation is not the art of drawings that move but the art of movements that are drawn” ~Norman Mclaren. Some things in life don’t change, like the craze we have for animation. Right from adoring our childhood shows to never... END_OF_DOCUMENT_TOKEN_TO_BE_REPLACED

Russia, 2027. Isn't it fascinating how we humans have evolved? Thriving for perfection, we're in a race for continuous development. This century has seen tremendous changes that none of our ancestors would've ever imagined. And as we've evolved, so has... END_OF_DOCUMENT_TOKEN_TO_BE_REPLACED

“Why do the Yankees always win? The other team can't stop looking at the pinstripes.” The famous quote by Frank William Abagnale Jr., one of the popular con-men specialized in impersonation and forgery, can definitely be taken as the basis... END_OF_DOCUMENT_TOKEN_TO_BE_REPLACED