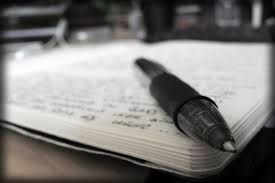 Amidst two semesters, placements and the watchmen’s whistles, 2015 is already staring at us. We stumbled, dragged and sleepwalked our way through the semester exams. Like, yours truly. Then there were some who flew through them, nevermind. For the final years, it’s only one more to go. Phew! *does a pirouette* For the first years, the wondrous college life has just taken off.

2014 has been a bumpy ride for us as a a nation too. We broke new frontiers across fields. It has been a year of incredible technological advancement for India in space. This has, among other things, brought the ingenuity of India’s best minds to the forefront. If the year belonged  to anybody, it had to be the Indian voter. We were simply tired of the scams the frontpage carried each day, weren’t we? General elections came up with a resounding mandate, giving our nation a new government and a new Prime Minister.

Our New Year Edition is all about winter and good cheer. Have a look!

Here’s hoping 2015 keeps us all grinning from ear to ear in rain and in shine. 😀 A very Happy New Year from the k-MITRA team!

And, yes, do drop in a word at kmitemagazine@gmail.com 🙂

Police sirens, an opened door, a step out of the flat that had been an abode and a prison for 6-years-9 months-23 days—freedom at last?   Julian Assange was under no such false impression as the British police dragged him... END_OF_DOCUMENT_TOKEN_TO_BE_REPLACED

[Trigger Warning] The following reading contains potentially distressing information about self-harm. The reader is advised to use their discretion to continue reading.   Darkness cocooned her room, her heart twisted, churned, her fingers closed around her throat, nails digging into... END_OF_DOCUMENT_TOKEN_TO_BE_REPLACED

Each person does see the world in a different way. There is not a single, unifying, objective truth. We're all limited by our perspective. - Siri Hustvedt Perspective. It is a beautiful thing in a way that, all of us... END_OF_DOCUMENT_TOKEN_TO_BE_REPLACED

“How long are you planning to cry and sleep in here?” I asked her, as I raised the blinds in her dark bedroom. Seeing the chocolate wrappers and empty Ramen cups spread across the room, I couldn't help but sigh.... END_OF_DOCUMENT_TOKEN_TO_BE_REPLACED

Flash, Flash, Flash. Various screens show the face of the actor. A woman crying in the corner while another loves the visual of her crying. The editor looks at all of these different shots and lets out a satisfied... END_OF_DOCUMENT_TOKEN_TO_BE_REPLACED