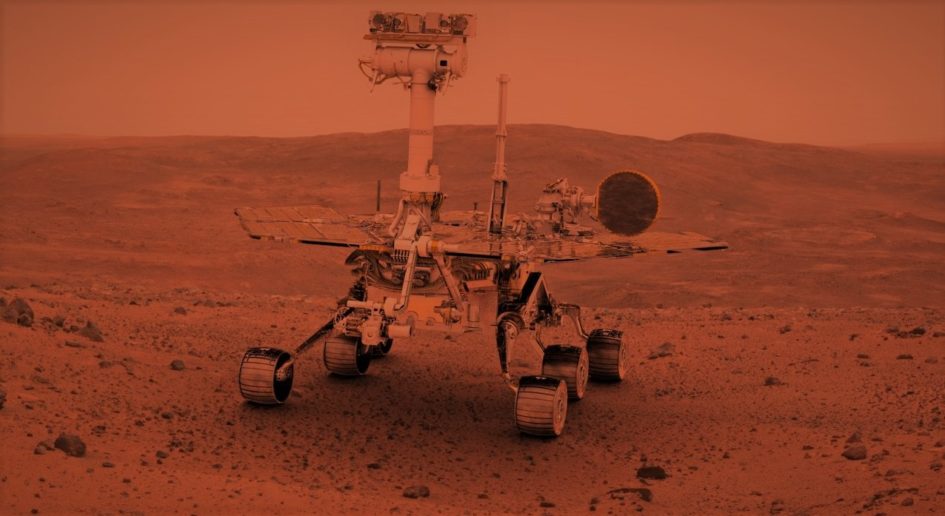 In 2004, NASA sent two rovers to Mars as part of its MER (Mars exploration program). The entire mission was planned to last 90 days. It lasted 15 years.

The Mars exploration program is a long-term initiative by NASA to obtain crucial information about the red planet. The twin rovers, named Spirit and Opportunity, landed on Mars three weeks apart in January. Spirit, referred to as MER-A, had functioned until late 2009 till it got stuck in soft soil and ceased functions, essentially freezing to death- its solar panels being unable to generate power due to harsh winters. It outlived its planned 90-sol lifetime by 20 times (a sol is one day in Mars; slightly longer than an earth day). Its twin, Opportunity or MER-B outlived by 55 times.

This feat had little to do with luck; it involved high engineering expertise and critical decision making, as Opportunity had faced trouble from the moment it landed. Its robotic arm contained a heater that got stuck in ‘on’ mode and kept dissipating crucial battery power. This made the team apply the ‘deep sleep’ strategy, where they turned off everything on the rover every night and resumed functions in the morning once its solar panels generated power again. Numerous measures were taken to preserve its operational capacity, including driving the rover backwards to ease the strain on the right front wheel, that was consuming more than its share of electricity.

In December 2014, it was found that Oppy had amnesia, and was failing to transfer data to its non-volatile memory, the problem persisting in one of its seven memory banks. The operators of Oppy forced it to ignore the hardware failure and configured it to run and depend entirely on its RAM. Despite having put to the test multiple times, Oppy’s mission led to revolutionary findings. In its lifetime, Oppy managed to successfully accomplish the principal goals of the MER:

To determine if there was ever life on Mars: life thrives where there are water and energy, at least by earthly respects. Finding places with evidence of water like riverbeds, dried up lakes, residues, polar ice caps and more, can be strong indicators of possible life. Oppy investigated rocks and soil, took panoramic photos of sites, and discovered the presence of hematite spheres all over the crater it landed in. They were nicknamed ‘blueberries’ owing to their colour, and provided a substantial reason to hypothesize that liquid water, beyond a doubt, existed on Mars, as these globules are formed in the presence of H2O. 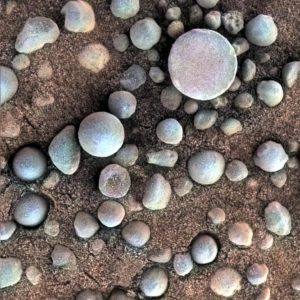 Subsequently, it examined the impact site of its own heat shield and discovered a fully intact meteorite, named Heat shield rock. It proceeded to examine multiple craters: it explored Erebus crater on the way towards Victoria crater, and drove along the latter’s rim, exploring it in a clockwise direction before entering the crater for a more detailed study. Oppy’s maximum speed was 5 centimetres per second, average speed being 0.89 centimetres per second. It later left for Endeavour crater, and closely investigated the rock samples with the instruments it was equipped with. The results of these discoveries were the first substantial proofs of their kind and provided revolutionary insights into Mars’ geospatial analysis, chemical and mineral compositions, habitability, and of course, the blue sunsets, in addition to astronomical observations and atmospheric data. 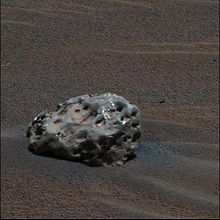 Oppy travelled a total distance of 45.16 kilometres since its first landing, before entering hibernation mode on June 12th, 2018, after being engulfed in a planet-encircling dust storm. It failed to respond to commands since, and no response was received since sol 5111 (June 10th, 2018).  They hoped for winds to clear her panels, but communications were cut off completely as the dust storm bore down on her, quite possibly blanketing her solar panels. The last message recorded from Oppy was more humanly and haunting than expected:

“My battery is low, and it’s getting dark”

Over the next 8 months, more than 1000 commands were issued as part of recovery operations. On the February 13th of 2019, the team issued their final sets of commands to the intrepid rover before declaring the Opportunity mission complete, with a final touching transmission of the song ‘I’ll be seeing you’, by Billie Holiday. With that, NASA concluded its rover recovery operation and declared Oppy dead. Oppy was always known for its human-like perception and far exceeded the goals of its creators, remaining one of the most significant ventures into the vast and unknown space. It could not have had a more honourable and fitting end to this long journey filled with dark, lonely nights. Goodnight Oppy, you did well.

It was New Year’s Eve of 2019 and another seemingly ordinary year for me was coming to an end with a breathtaking view. The sun was presiding over the majestic hills of Nuwara Eliya, giving the stratus clouds a candy-like... END_OF_DOCUMENT_TOKEN_TO_BE_REPLACED

I was astray and in darkness, wandering around When you unshackled the beam of light within me You were a prism that deflected me into a new realm Brought out a spectrum of colors I was ignorant of   I... END_OF_DOCUMENT_TOKEN_TO_BE_REPLACED

TRIGGER WARNING: This article contains instances of extreme violence. Reader discretion is advised. It was a hot, blazing afternoon. I was gaming with my friends. The doorbell rang out of nowhere and I couldn’t think of anyone who would visit... END_OF_DOCUMENT_TOKEN_TO_BE_REPLACED

From the beginning of everything, all I wished for, Was to be anything other than a phenomenon. All I wanted was to be alive and be missed, But I only have one path now, I march on.   Constant and... END_OF_DOCUMENT_TOKEN_TO_BE_REPLACED

I’m trembling now in the hands of a writer, as a wave of nostalgia and memories, flows through my ink. I lay motionless in-between his fingers while he gazes out of the window, probably recollecting all the pages we journeyed... END_OF_DOCUMENT_TOKEN_TO_BE_REPLACED