Entry of the winner of the poetry contest 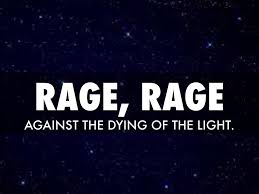 Entry of the winner of the poetry contest

We held our first ever poetry competition in college and got a decent response. As promised, the
winner poem is being featured in KMITRA’s anniversary edition! Congratulations, Swathi!
Shout out to Pratish for writing on a sensitive issue. Thank you all for participation, hope to see you
again!

“Why is the sky blue?
Why can’t we see air?
Why is the grass green?”,
asked the person who could see
for the first time.

Question he was imposing were found
silly, everyone thought he was , mentally
disturbed; he was baffled, not because
people laughed but because his questions
were unanswered.
He encountered a person who asked
why he asked such silly questions.
He answered with his eyes full of
expectations, “I assumed that the sky
would be an abstract painting of colours,
the air making different waves, the grass
growing glitter.”

The person smiled at this and said,
“You are living a life of imagination.
Reality doesn’t have all the colours
one would expect. Reality has limits,
but imagination is limitless.”

The man could now see reality
but always lived in his world
of imagination, which was an
illusion, but still felt so real.

[Trigger Warning] The following reading contains potentially distressing information about violence, brutality and sadistic practices. The reader is advised to use their discretion to continue reading. “For the last time, you don’t have to do this. They will finish the... END_OF_DOCUMENT_TOKEN_TO_BE_REPLACED

The human touch. Such a simple thing, yet one that holds immense power. Almost like a miracle. Wonder why? Read on.  We've been gifted with the five senses, namely: vision, speech, smell, hearing, and the most beautiful of all, touch.... END_OF_DOCUMENT_TOKEN_TO_BE_REPLACED

From a very young age, we are socialized to behave according to our sex. Boys are taught to be “masculine” and girls are taught to be “feminine”. But are there any biological differences between a man and a woman which... END_OF_DOCUMENT_TOKEN_TO_BE_REPLACED

“How long are you planning to cry and sleep in here?” I asked her, as I raised the blinds in her dark bedroom. Seeing the chocolate wrappers and empty Ramen cups spread across the room, I couldn't help but sigh.... END_OF_DOCUMENT_TOKEN_TO_BE_REPLACED

[Trigger Warning] The following reading contains potentially distressing information about self-harm. The reader is advised to use their discretion to continue reading.   Darkness cocooned her room, her heart twisted, churned, her fingers closed around her throat, nails digging into... END_OF_DOCUMENT_TOKEN_TO_BE_REPLACED