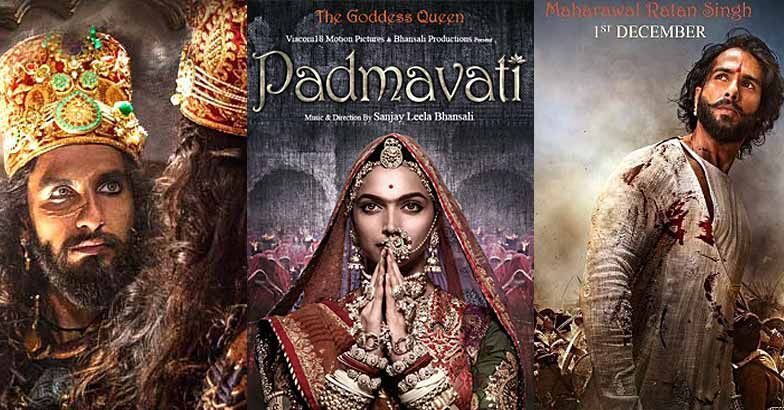 If God had hired an architect to design India, it would have been Sanjay Leela Bhansali.

I was waiting for Padmaavat with bated breath because I really look forward to Bhansali films. The reasons are umpteen – extravagant and mammoth settings, aesthetic costumes, soul-pleasing music and songs, dialogues written in the purest of the languages used, in short, Indian tradition and culture are shown in its most vivid form. But this time, the reason was a peculiar one: it’s been long since we have celebrated an Indian film or at least spoken about it in the way we have about Netflix and it’s shows in the last one-one and a half year. We just had too much of Hollywood. I had a feeling that perhaps only Padmaavat could generate that euphoria among people after a rather lack lustrous year for Bollywood, and people did speak, did go berserk but alas! for all the wrong reasons. The film’s crux is about the nefarious Alauddin Khilji’s zeal to capture Rani Padmavati which begins after he is mesmerized with just a glimpse of her. I could feel Khilji. I shared the same emotions as he did for about a month when there was uncertainty about the film’s release.

The film opens in Afghanistan where we are introduced to the Khilji camp headed by Jalaluddin Khilji (Raza Murad). Seconds later, Alauddin Khilji (Ranveer Singh) makes an eerie entry along with an ostrich which is supposed to be a gift for the senior Khilji. Very quickly we get an insight into Alauddin’s character when he demands Jalaluddin’s daughter Mehrunissa (Aditi Rao Hydari) as his wife. Alauddin is pompous, never missing an opportunity to blow his own trumpet. And he reminds us by saying things like “Aisi mitti hi nahi bani jo Alauddin ko dafna sake” or “Khaane me agar ithna sab kuch hai toh Sultan khauf kyu khaae”.

In a parallel world, our Rani Padmavati is on her hunting escapade where she accidentally shoots an arrow at Maharawal Ratan Singh and the love story begins! It’s almost love at first sight as from here, a couple of scenes and she’s already Mewar ki Rani. I wish the journey from falling in love to getting married is this easy and simple now. Alas!

Not to miss out on a wedding, Alauddin Khilji is seen making love to another woman on the night of his wedding, a scene which was significant to highlight his lust for women. What follows is his menacing dance at his own wedding. This was one of the most horrifying scenes as Ranveer is just brilliant in it. His scenes with Malik Kafur (Jim Sarbh) are a delight. Both the actors are extremely comfortable as bisexuals and very subtly imply their lust for each other.

The confrontations between Alauddin and Ratan Singh are the most entertaining. In one scene where both of them are about to have a meal, for the first time Khilji is shown vulnerable. These scenes are where Sanjay  Bhansali goes all out with the Rajput values and morals. Ratan Singh plays all fair and disciplined while Khilji goes rogue. He even says “tum kithne achhee ho” when Ratan Singh is again bragging about Rajputana.

Honestly, Deepika hasn’t got much to do and perhaps this is the reason this film lacks the kick Bajirao had. She only bolsters the Rajputana conversations by adding her sentiments. The Jauhar scene is beautifully shown (I know different sections of the society are livid for having seen it stating that it might influence people but what they fail to realize is that this is when a human mind comes into exercise and enlightens us that it is a work of entertainment). Credit to Sanjay Bhansali here for showing it as an act of sacrifice so efficiently without making it look volatile. It must have been extremely difficult to pull it off.

Sanjay Bhansali is an adroit filmmaker. His meticulousness, his zeal to make every frame of the film so vibrant and enthralling is commendable. Reviewing his screenplay and direction is an exercise in futility. He is simply the best. Every film of his is only about what more can he create; how else can he incorporate his majestic vision onto the celluloid. And he does it again but the plot takes a step back. Perhaps it isn’t the best of his ideas to take charge of both the direction and the music.

Of the cast, Ranveer is a live wire! There is nothing insipid about him. He has played the malevolent, diabolic king so competently that this performance will certainly serve as a benchmark for actors who would play antagonists in the future. He has defined malice in this movie. In his very introductory scene, he looks so ferocious that the audience knows they're in for a treat. And he delivers, delivers effortlessly, not once does he falter in making the audience cringe when looking at him. Kudos to Bhansali for making his part so well and his vile aura palpable. This actor-director duo is a match made in heaven. Undoubtedly the Martin Scorsese- Leonardo DiCaprio of Bollywood. There comes a point in the movie where you hanker for his scenes, you want to watch him go bananas because seldom you get to see a character written and performed so well. After all, he had locked himself for 21 days and had been on a voracious diet of red meat for a year and a half to look that colossus of a person he has.

Shahid is good. He delivers an earnest performance and looks good with Deepika too. Deepika has very little to play with but whatever she has, she is Padmavati and she looks beautiful, especially in the Jauhar scene. The red saree that she adorns makes her look formidable in the excruciatingly painful climax. Another performance that stands out is that of Jim Sarbh’s. He is funny, eccentric of course and quite a character as a sidekick to Alauddin.

I had a ball of a time listening to “Ek dil hai”. It was a very good breather at the time it is played. Ghoomar and Khalibali perfectly play to the occasions in the film.

But am afraid am unsatisfied in the end or maybe I just had too many expectations after Bajirao. At the end of Bajirao, I had the feeling one has after having a sumptuous meal. In this case, perhaps the dessert was missing!

And, Ranveer! Thank you for coming to Bollywood!

For the fourth time this week, I woke up at my desk. It wasn’t very comfortable: most of the space was taken up by an assortment of empty Red Bull cans and coffee cups. Clutter never bothered me though, it’s... END_OF_DOCUMENT_TOKEN_TO_BE_REPLACED

From a very young age, we are socialized to behave according to our sex. Boys are taught to be “masculine” and girls are taught to be “feminine”. But are there any biological differences between a man and a woman which... END_OF_DOCUMENT_TOKEN_TO_BE_REPLACED

The human touch. Such a simple thing, yet one that holds immense power. Almost like a miracle. Wonder why? Read on.  We've been gifted with the five senses, namely: vision, speech, smell, hearing, and the most beautiful of all, touch.... END_OF_DOCUMENT_TOKEN_TO_BE_REPLACED

Each person does see the world in a different way. There is not a single, unifying, objective truth. We're all limited by our perspective. - Siri Hustvedt Perspective. It is a beautiful thing in a way that, all of us... END_OF_DOCUMENT_TOKEN_TO_BE_REPLACED