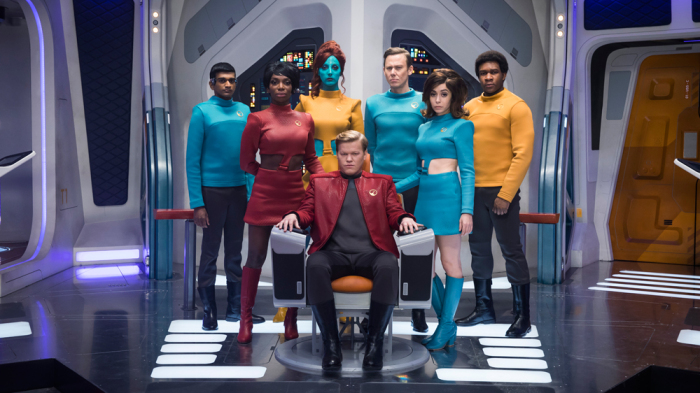 The best year-end gift came in the form of the fourth season of the hit anthology series, Black Mirror.

Now, for those who haven’t ever heard of this show, here’s what Wikipedia has to say about it:

“It centers on dark and satirical themes that examine modern society, particularly with regard to the unanticipated consequences of new technologies.”

What sets Black Mirror apart from other tv-shows is not only its content but also the way it is structured. Every episode is different from the other and each of them deals with a different set of people, advanced (and fictional) technologies and the ramifications of their misuse. Often, the themes are dark, drawing inspiration from our real world. And that’s what makes it compelling.

Coming back to the latest season... it comprises of six episodes: each of them, mind-blowing.

I thought it fit to review the first episode: The USS Callister. It is not a review as much as it is a sneak peek. I do not wish to give anything away by writing in-depth about the episode. 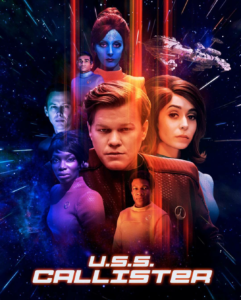 The USS Callister revolves around a Robert Daly, CTO of an advanced-game making company, Infinity. The story arc is split between the real world and a fictional game universe inspired by 'Space Fleet”', a 'Star Trek'-esque TV show. And this make-believe universe is where the majority of the events of the episode transpire.

The episode is fast-paced with heart-in-the-mouth moments which makes for a thrilling watch. I was on the edge of my seat for much of the episode… just the way I like it!

If there's one show I am asked to recommend for the New Year weekend, Black Mirror would be the one. Undoubtedly. So, sit down… relax… &  Netflix and actually Chill.

As I take a stroll in the graveyard observing my funeral, I find a few crying and the other meticulously bored by the doings. Yet it feels so light, death actually took away the pain of my congenital disease. But... END_OF_DOCUMENT_TOKEN_TO_BE_REPLACED

Afternoon, 27th September 2080 The season of fall had begun. The leaves had turned orange and were bidding goodbye to the trees which held them close to their hearts, to become one with the gentle breeze. Their journey now had... END_OF_DOCUMENT_TOKEN_TO_BE_REPLACED

"How do you feel about this achievement? Your book is now one of the fastest-selling books!" asked one of the reporters. "I'm happy for this book's success more than any of my other books. Because this book is not a... END_OF_DOCUMENT_TOKEN_TO_BE_REPLACED

To most, the color purple is just like another color and holds no special significance, other than to be one's favorite color. It is a simple color resulting in a beautiful blend of red and blue colors. But in reality,... END_OF_DOCUMENT_TOKEN_TO_BE_REPLACED

2nd February 2000 Dear Diary, Ugh! Waking up early every single day to attend school is so annoying. I wish we didn’t have school and exams so that I can enjoy myself at home all day long. But that can’t... END_OF_DOCUMENT_TOKEN_TO_BE_REPLACED