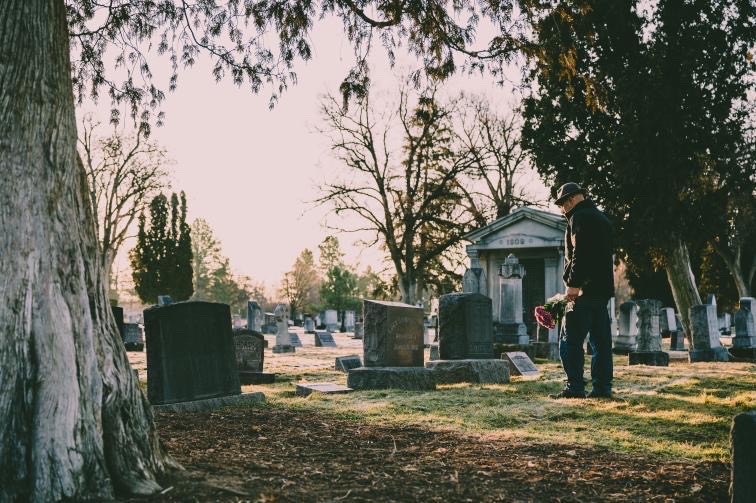 Life, as beautiful as it is, we all have to say our good-byes someday. Have you ever wondered what comes after your death? Are you forgotten as quickly as a flash, merely in the blink of an eye? Or are you honored, reminisced and celebrated for many more years to come?

Well, if you ask me, the people whose lives who you have impacted even in the slightest way possible, will forever have you in their most sincere thoughts. Moreover, you will eternally matter to them and they will cherish you until their very last breath. Having said this, the impression you’ve created for yourself can be good or bad. If you’ve done good, you’re remembered. If you’ve done bad, you’re remembered more than you’d like to be.

Do we remember some of the greatest people in history or the ones who have merely lived an ordinary life? If we take a look into the history of the world, we remember Martin Luther King Jr, an inspiration to millions. His speech, “I have a dream” has impacted more lives than we can count. His words have brought a remarkable change in the way of life for many. He is a visionary and honored until this very day.

Addressing the lesser-known heroes, have you ever heard of Cleisthenes? He was an Athenian constitution reformer and a well-known politician of his time. When he was given the leadership of Athens, he tried to eradicate the concept of clan politics and tried to change the ways of politics. He did this by allotting political governance based on the membership of a region.

James Madison, the fourth President of the United States of America was another constitutional reformer, known for introducing the Bill of Rights. He is known as the father of the constitution. He believed strongly in the unity of the country. Comparing Cleisthenes with James Madison, we see that both the leaders tried to bring into light the concept of proper leadership by making changes in the constitution.

Cleisthenes was recognized in his times. But now, he needs an introduction. Just because he is a bit unpopular doesn’t mean that he did not accomplish anything. Great people may have been overlooked, that doesn’t imply that they are any less of a hero.

Thousand years from now, will these people be cherished the same way?

Humans strive to be great. We have always desired to be the most superior of all entities. It is a general human behavior to want to be liked. From a young age, people are conditioned to be materialistic in their ways of life. Terms like legacy and heritage make us feel appeased. People are so caught up trying to live a life of greatness and often wanting to be well-known. But at the end of the day, is it worth trying to be remembered? It is quite pointless. Rather than being hung up over the idea of being remembered, relish what you have now.

To whoever reading this, while you’re here, rather than wanting to be remembered after, be alive now and live for the moment.

Afternoon, 27th September 2080 The season of fall had begun. The leaves had turned orange and were bidding goodbye to the trees which held them close to their hearts, to become one with the gentle breeze. Their journey now had... END_OF_DOCUMENT_TOKEN_TO_BE_REPLACED

Shashi is an amiable, poised, beautiful middle-aged Indian homemaker, and a mother of two, to whom family is both the beginning and period of her world. She may not be very professional but works overtime to fulfill her passion for... END_OF_DOCUMENT_TOKEN_TO_BE_REPLACED

I've grown up reading great things about Kashmir's beauty. In one of my textbooks, it’s also called "The Heaven on Earth" or in the local dialect, "Dharti ka swarg Kashmir." From the icy mountain slopes to the lush green plains... END_OF_DOCUMENT_TOKEN_TO_BE_REPLACED

To most, the color purple is just like another color and holds no special significance, other than to be one's favorite color. It is a simple color resulting in a beautiful blend of red and blue colors. But in reality,... END_OF_DOCUMENT_TOKEN_TO_BE_REPLACED

"Animation is not the art of drawings that move but the art of movements that are drawn” ~Norman Mclaren. Some things in life don’t change, like the craze we have for animation. Right from adoring our childhood shows to never... END_OF_DOCUMENT_TOKEN_TO_BE_REPLACED