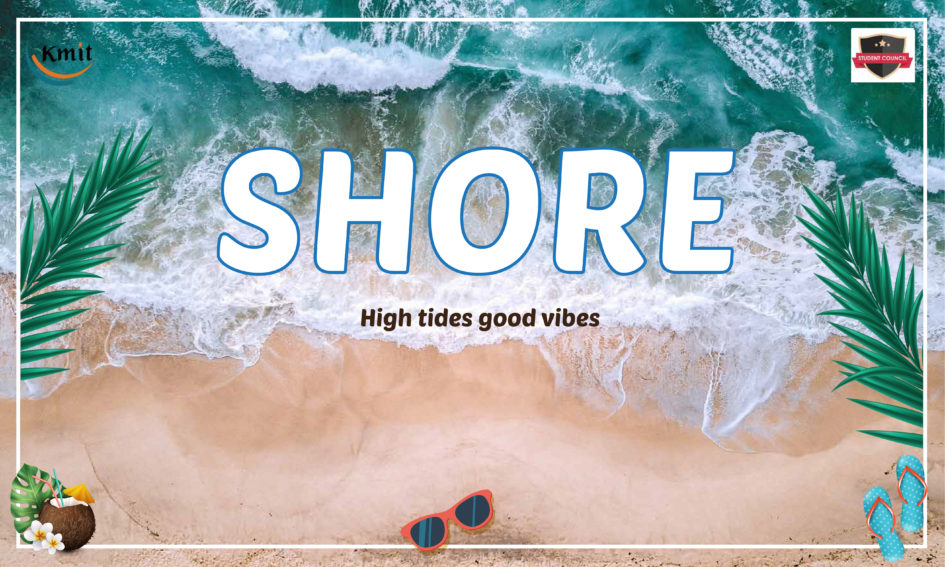 7th March 2020, for anyone, might seem like just any other day but not for us KMITians. The most anticipated event of our college, the KMIT evening, was held on the 7th. A beach day with friends can never go wrong so KMIT decided to bring the beach to us. Since it was a beach-themed event it was aptly renamed as KMIT Shore.

The event began at 3:00 pm with fun activities hosted by various clubs like treasure hunt, open mic, arm wrestling, and a pen fight. At around 4:30 pm, students started to come in bubbling with excitement for the performances that were lined up for the day. Everyone swapped their food passes for snacks and settled down to enjoy the beach party with dance, music, and laughter. We were also given colorful radium wrist bands that adorned each student’s wrists further brightening up the night. 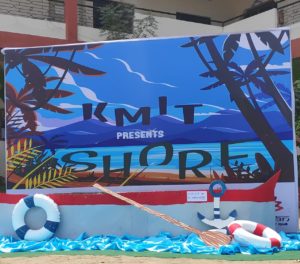 The event kicked off with a skillful performance by our KMIT yoga team which left the audience in awe. Next up was the prize distribution for the sports competitions which were conducted earlier this year.

Aalap, Mudra, and Abhinaya, respectively the music, dance, and drama clubs joined hands to showcase their talents and entertain the audience.

There were eight musical performances that had melodious singing as well as instrumental performances and of course, great energy throughout. The songs ranged from high energy songs to melodious ones both of which left the crowd mesmerized. The rap along with the beatboxing was exceptional too. 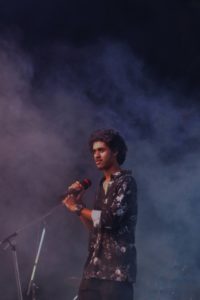 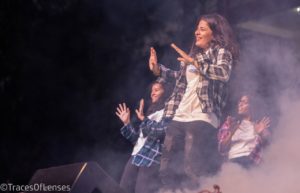 The multilingual one-act play about a fisherman from Mumbai was captivating and amusing. Even the hosts of the event kept us entertained and excellently handled the crowd.

The whole set up of the stage along with the lighting and the backdrop of college as a beach felt amusing.

The art club of KMIT-Aakarshan came forward and created vibrant and amazing photo booths to match the theme of the evening. The crowd was thrilled to take pictures with the handmade boat and shark-like photobooth.

Refreshments like mojitos, ice-creams, milkshakes, wraps and macaroons were available for everyone. There was also a stall for temporary tattoos which saw a lot of excited students. 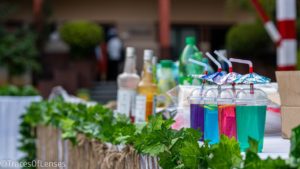 As night fell, the college was beautifully lit with colorful LED lights which enhanced the stage and the ambience was truly a sight to look at. Overall, the event turned out to be a grand success. The organizing committee outdid themselves to give us a memorable evening. 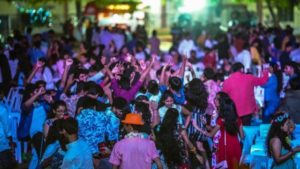 “Why do the Yankees always win? The other team can't stop looking at the pinstripes.” The famous quote by Frank William Abagnale Jr., one of the popular con-men specialized in impersonation and forgery, can definitely be taken as the basis... END_OF_DOCUMENT_TOKEN_TO_BE_REPLACED

In a world of change, the only thing constant is the effort to make a difference. While we all desire to be our finest selves, the path to being better is a rocky road. There are some days where we... END_OF_DOCUMENT_TOKEN_TO_BE_REPLACED

Artists across the globe have not been credited enough for their work. These artists keep us entertained in our difficult times besides facing immense competition, worries of a short-lived career, declining engagement, and providing quality and original content to us... END_OF_DOCUMENT_TOKEN_TO_BE_REPLACED

"Why does Caesar get to stomp around like a giant while the rest of us try not to get smushed under his big feet? What's so great about Caesar, huh? Brutus is just as cute as Caesar. Brutus is just... END_OF_DOCUMENT_TOKEN_TO_BE_REPLACED

As I take a stroll in the graveyard observing my funeral, I find a few crying and the other meticulously bored by the doings. Yet it feels so light, death actually took away the pain of my congenital disease. But... END_OF_DOCUMENT_TOKEN_TO_BE_REPLACED