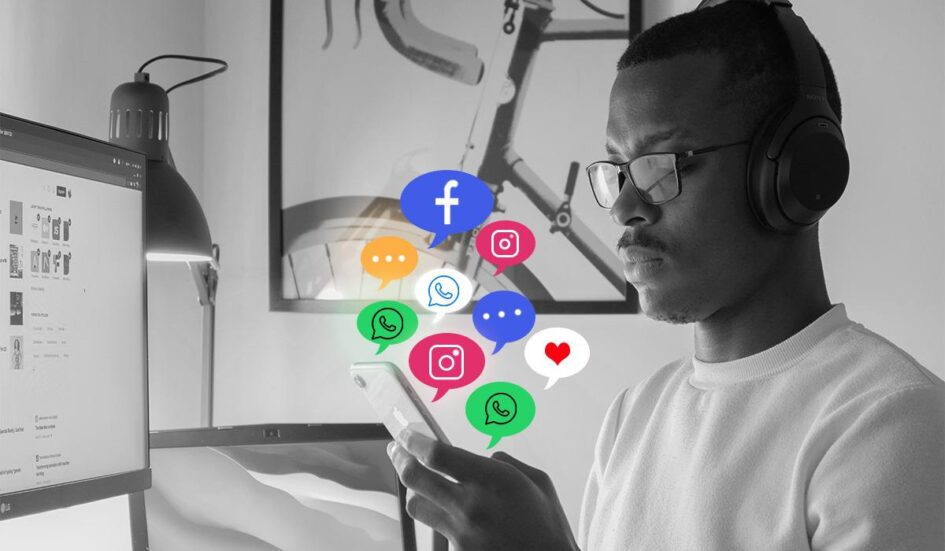 Ping! Sound familiar?  That’s the sound I woke up to every day, ever since I got my first mobile phone at thirteen. Of course, technology has come a long way. But at least I did not have to ask a virtual assistant to be my Valentine back then. Don’t smirk. You know who you are.

Nevertheless, that’s also probably going to be the sound you will hear while reading this article, so I have a favour to ask of you. And that would be to call on your virtual assistant and ask it to toggle airplane mode on all your devices except the one you’re reading this on.

A couple of years ago, I noticed something about myself. I couldn’t get on with my day without viewing these bright LED screens with picturesque wallpapers and colourful app icons and seeing what each of those apps had to offer for the day. I wanted to change that. So I started using one of the beneficial features new-age phones come furnished with: inspecting your screen time. I sanctioned myself an hour of screen time a day. Whatever I had to do, be it making calls or ordering something online, I had to do in that hour, after which I would observe a “technological sabbath”.

The first few days were rough, but as I got used to implementing this practice, I observed that my creativity had increased a mile a minute. I could think more and do more in less than half the time I would, perchance, have taken when gadgets surrounded me. This idiosyncrasy got me curious. So, incongruous as I was, I set out to do some research on how the human mind works, which led to some intriguing revelations.

Ostensibly, the average attention span of a human being is a mere fifteen minutes, after which we are prone to diversion. Our minds seem to have a yen for distractions. Boy, do we love these little pieces of information that we come across while on Youtube or Twitter. Researchers call this a “novelty bias”, meaning our brain can easily switch attention from one thing to another if it finds the latter more attractive. In addition, our brain rewards us with the “feel-good” hormone (dopamine) whenever we do this, which puts us in a state of wanting more.

Evidently, just the thought of an unread message in our inbox makes us feel unsettled. Don’t worry, and you’re not sick. It’s perfectly alright that you experience distractions, but could you change it if you wanted to change it? Well, not entirely. Instead, what we could do is eliminate unavailing distractions and substitute them with productive ones.

How do we do this? For starters, quit being dependent on computer screens and mobile phones to kill monotony. Contemplate doing “nothing”.

What this creates is a chance for your mind to do some reasoning as opposed to just observing and recording. I’ll tell you what I did. So, for two weeks, I allowed myself to be jaded. What I really did was that I drew my mind from that overexcited state to a normal state, where I unearthed that the thoughts were fewer but more precise.  I discovered that putting myself through boredom had led to my mind spending more time on one idea rather than flitting from one thought to the next just for dopamine kicks.

By the time I was through this little experiment, I had achieved adherence in thought, but how do I achieve complete “technological celibacy”? A tad bit dramatic? In simpler terms: detachment from technology.

Whatever I did until now served as a “factory reset” to my mind. Now, all I had to do was reprogram it, this time without computer intervention. Have you ever discerned that the most salutary ideas and plans come to your mind when you’re not consciously brainstorming for them on the internet? Alternatively, the most fruitful thoughts are the ones that come to your mind when inquietude.

You could be doing something you love or some exercise that doesn’t typically demand you to be thoroughly mentally active, and that’s when you observe that your mind meanders to areas unknown, at a point where it can be described as Promethean. This creative mode where we deliberately let our mind wander is called “scatter focus”.

We can achieve this by picking up an activity, which could be taking a long shower or going for an evening stroll and allowing your mind to wander so as to encapsulate the ideas and act on them at a later point in time.

Our brains are hardwired to think that oblivion is the nemesis of productivity. I couldn’t disagree more. If there is anything that serves as a hindrance to productivity, it’s an overly occupied mind.

By and large, and as a final observation, I’d like to assert that our minds being left free from technology and overstimulation is a sine qua non in order to attain mental balance and effectuate its true potential.

As J.R.R Tolkien said, “Not all those who wander are lost.“

Police sirens, an opened door, a step out of the flat that had been an abode and a prison for 6-years-9 months-23 days—freedom at last?   Julian Assange was under no such false impression as the British police dragged him... END_OF_DOCUMENT_TOKEN_TO_BE_REPLACED

The corporate industry is notoriously famous for having the highest pay grade difference for employees working in the same company at different levels doing the same or similar jobs. This difference attracts several young engineers and management graduates into this... END_OF_DOCUMENT_TOKEN_TO_BE_REPLACED

[Trigger Warning] The following reading contains potentially distressing information about self-harm. The reader is advised to use their discretion to continue reading.   Darkness cocooned her room, her heart twisted, churned, her fingers closed around her throat, nails digging into... END_OF_DOCUMENT_TOKEN_TO_BE_REPLACED

Hope was an absurd emotion.   It was a chilly midnight when it happened for the first time. Monique was a light sleeper. After all, it didn’t take much more than a dull, heavy thud for him to jolt awake... END_OF_DOCUMENT_TOKEN_TO_BE_REPLACED

“How long are you planning to cry and sleep in here?” I asked her, as I raised the blinds in her dark bedroom. Seeing the chocolate wrappers and empty Ramen cups spread across the room, I couldn't help but sigh.... END_OF_DOCUMENT_TOKEN_TO_BE_REPLACED