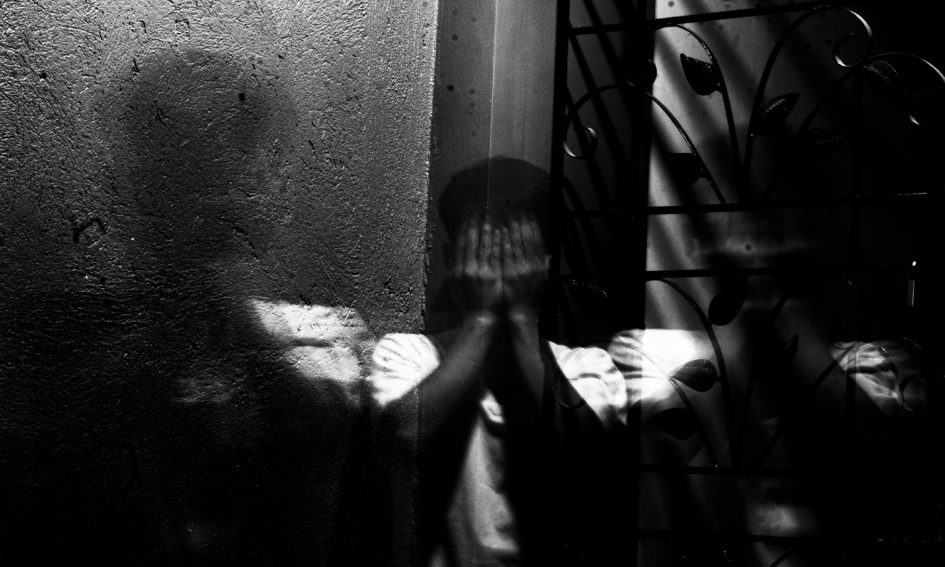 “If you aren’t down here in the next five minutes, you might as well change into your pyjamas and tuck yourself into bed.” yelled Evelyn from the living room, throwing books and papers into the cabinet below the TV impatiently in an act of cleaning the room.

Ryan Wilson, a thirteen year old middle schooler has had a rather doleful childhood. His parents died in a car crash when he was only eight years old and since then, his sister Evelyn looked after him. She had to bring up an eight year old kid with asthma all while dealing with the grief of losing her parents. It wasn’t easy. Ryan was a rather soft kid. His lungs gave away at times when he least expected it and after an uneventful Halloween, he’s had a huge fright of clowns.

Evelyn dropped Ryan off at his friend, Steve’s house. Before she drove away she said, “Listen. If you don’t feel good at any point in time, call me alright? And if you ever feel scared, and feel something’s not right, get away from there. Just run.“ finished Evelyn. “Woah! Would you calm down? It’s just Halloween, and I’m only going trick or treating. Anyway, I’ve changed since the last time. I’m braver.” he said, pumping his tiny muscles. ”You worry too much Ev, I have Steve with me, I’ll be fine.” he ended.

Ryan met Steve at his house and took off for trick or treating. They got pretty lucky this year. By the time they reached the end of Maple Street, the boys’ bags were almost full.

House number 27, Maple Street had a rather gloomy look to it. The doors were open and Ryan could make out movement in there. “Steve, this is Miss Brown’s house, right? Why are her doors open?” “I don’t know mate, but let’s get out of here. This place is giving me the chills.” said Steve uneasily. “But I swear I saw someone in there. Let’s just go in and check. “ said Ryan. “We can’t go in there. That’s wrong.” argued Steve.

“Listen, I don’t want to go in too, but that’s our teacher, not a stranger. I’m sure she wouldn’t mind.” retorted Ryan. “I’m not coming. You go ahead.” said Steve taking a few steps back. “Fine! Leave. But I’m going in.I’ll meet you back at your place .“ said Ryan and watched Steve leave.

Ryan went calling out for Miss Brown, but he didn’t get any response. The house was in complete darkness except for the light from the streetlights coming in through the windows. As he went past the coat stand towards the hallway, he saw a woman dash right into the bedroom ahead of him. “Miss Brown! It’s me, Ryan, from your class.” called Ryan and he walked towards the door scared but determined.

He was already regretting his decision of entering the house. He knew he shouldn’t. “Oh what would Evelyn say!” he thought.  He walked down the dark hallway, cursing himself under his breath for doing this. His eyes were set on that door. He knew opening that door would relieve him of all his questions. As he passed the hallway towards the door, he stopped dead. Sweat trickled down his forehead and his breathing had become shallow for he had seen something stir out of the corner of his eyes. Gathering all his courage, he retraced his steps.

Sitting there on the floor near the table was a limp form of a human. If it wasn’t for the heap of matted hair on top of the form, he wouldn’t have known that it was a person- a man.

”He–Hello??” asked Ryan, trembling. He was half expecting to not get an answer, he wished he could just walk away from there but he stood there transfixed to the ground. He could hear a rattling sound coming from that mass of a person. Before he could even decipher what everything was about, the man shifted his gaze to look at him.

Ryan let out a gasp of horror. That man’s skin was blue and Ryan knew from a distance that he would be cold as ice. His eyes were carved out and he had hollow pits in place of them. His face was covered with a thick red moss which was definitely blood and there was a deep gash on his forehead. His nose though was bright red in colour.

In the place of what had to be his chest, there was a huge hole. He could see something flapping rapidly inside the hole, something red. The rattling sound increased and as Ryan looked at his face his mouth opened up into a hollow and started to spit out what seemed to be the whole source of the rattling sound. As Ryan looked down, the most peculiar things he saw were the man’s shoes. His shoes were painted in red and yellow and were too big for his feet.

As Ryan processed all of this, hoping his lungs wouldn’t give away, they did.  As he stood there wheezing, the figure stood up and took a step towards him with a look of malice on his gaunt face. Ryan felt like someone knocked the whole breath out of him. As he stood there, rooted to the ground, words echoed in his mind, Evelyn’s words. Three letters flashed across his mind, nothing else felt like it mattered. He held on to those words and a flash of instinct hit him. “RUN!” his mind told him. And he ran.

He ran as fast as his legs could take him, he ran as if his whole life depended on it, he ran without a second thought about his lungs.

However, as he ran with his mind on nothing but the person behind him, realization swept through him. The gash on the man’s head was definitely a casualty and the rattling echoing from him seemed oddly familiar. He felt as though his own lungs might be capable of doing that. And the shoes he was wearing were undoubtedly clown shoes.
Ryan slowed down. He could run, forever from him and Ryan knew that man would be lurking behind him, hidden, but ready to pounce at times he least expected.
Mustering all his courage, he turned around to face his fear, for no matter how fast he went, How far could he run?

Ayrton Senna. A man whose legacy lives on to this day. Most modern-day drivers look up to him. He has won 41 Grand Prix in 162 races, has been on the podium 80 times, and has won the world drivers championship... END_OF_DOCUMENT_TOKEN_TO_BE_REPLACED

It feels like just a week ago when the internet was bombarded with memes of Will Smith slapping Chris Rock at the 2022 Oscars. Ah, what a moment. The Cannes Film Festival too ended just recently, leaving us waiting for... END_OF_DOCUMENT_TOKEN_TO_BE_REPLACED

“Propaganda” in present-day English, refers to information or media (especially of biased or misleading nature) that is used to manipulate the audience to further an agenda. If you hear the word propaganda, it immediately alerts you to look out for... END_OF_DOCUMENT_TOKEN_TO_BE_REPLACED

Many of us might look back at the time we spent in school with nostalgia and fond memories. But most will also agree that it wasn't the happiest of places with long and monitored study hours, heavy bags full of... END_OF_DOCUMENT_TOKEN_TO_BE_REPLACED

Did your 8-year-old self ever wish for that awesome Pixar movie that you watched, and you watched, then you watched again, to be real? Because I did!  I had a dream. I wished I was a car so that I... END_OF_DOCUMENT_TOKEN_TO_BE_REPLACED