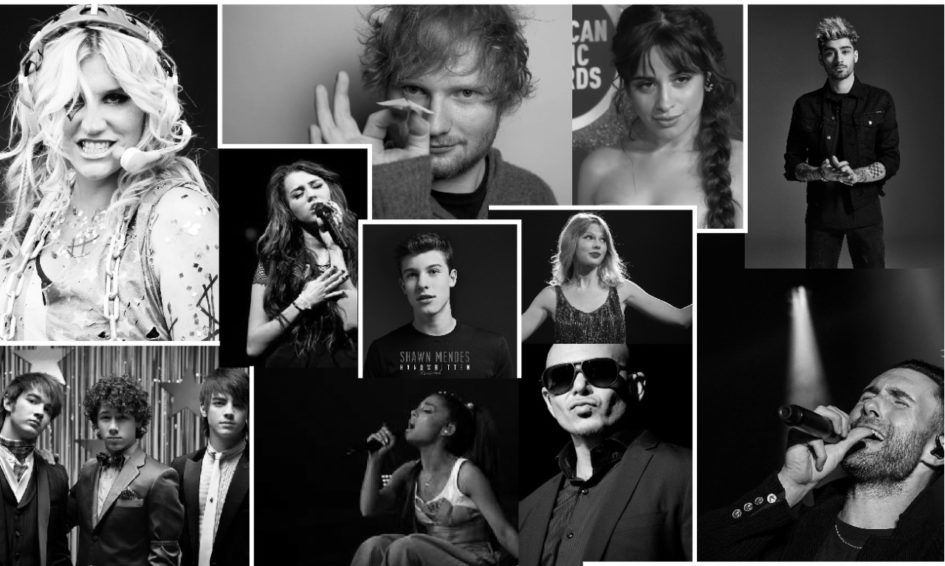 The 2010s- The period of time when our lives were so different in their own ways. Some of us went to school in the first part of the decade and then to college in the second part. It was emotionally challenging for some, the happiest of years for some, but a good mix of both for a majority of others- But what constantly kept bringing us together all throughout was music.

As we bid goodbye to another decade, let me take you down the memory lane, revisiting some of the best music of the last 10 years, indulging you in some lovely nostalgia.

The 2010s were massive. Viral music videos became a thing and so did internet meme songs. From 2010 to present, we can say that there are some songs more memorable than the others. But how do you begin to extract a decade’s worth of music and put it into any kind of list? A music timeline?

2010 — Imagine that it’s 1st Jan 2010. A psychic makes the following music predictions for the year: Ke$ha, the self-proclaimed singer of “TiK ToK” released in 2009, will not become irrelevant but top the Billboard year-end chart. One Direction, an English-Irish pop boy band will win the X Factor. Shakira will release the official song of the 2010 FIFA World Cup(Waka Waka).

2011 — This was when Spotify made its U.S. debut. Initially, the headlines were “What’s this Spotify thing about?” But who knew that the streaming service will go on to become one of the country’s most popular music platforms, having 248 million global users by the end of 2019.

2012 — Call Me Maybe- One of Carly Rae Jepsen’s biggest hits. At the start of the decade, she wasn’t really known at all. After Justin Bieber hearing this infectious song on a trip to the homeland, suddenly Jepsen was on her way to world pop domination.

Psy’s “Gangnam Style” exposed millions of people to Korean pop music. “Viral” is an understatement for what this song did to the world. It was an epidemic. Psy claims that when the choreography was made, they called it ‘horse dance’”, which explains why a part of the music video was shot in a stable. It was also the first video in the history of the Internet to surpass one billion views.

2013 — As if “Gangnam Style” didn’t cause enough hubbub, “Harlem Shake” by Baauer quite literally shook people. Any song that makes it big in the charts off a meme these days has “Harlem Shake” to thank for paving the way for it.

It’s hard to believe if you made it through the 2010s without knowing the lyrics to Pharrell William’s “Happy”. It sounds like the perfect song- it’s catchy and funky, and it came with an entire kids’ movie attached to it, Despicable Me. Talking about songs being attached to movies, “Let it Go” by Demi Lovato was another such song from Disney’s animated feature film ‘Frozen’ that we just couldn’t let go of.

2014 —Shawn Mendes becomes a global superstar from six second covers of Justin Bieber and Ed Sheeran songs. His music drew half a billion views on social media, eventually getting him discovered by an artist manager which launched his stardom within the next few years.

Uptown Funk by Mark Ronson featuring Bruno Mars, Photograph by Ed Sheeran, Happy by Pharell Williams and Counting Stars by One Republic along with a few others topped the charts.

2015 — “See You Again” by Wiz Khalifa featuring Charlie Puth, from the movie ‘Furious 7’ was a tribute to actor Paul Walker, who died in a car accident during the shooting of the film. The song moved many hearts and brought tears to some.

The music video of “Lean On” by Major Lazer and DJ Snake released in the same year was shot in Maharashtra, India. It was inspired by a previous trip to India, when they were mesmerized to see their fan-base and wanted to incorporate the culture in the video. The video shows Major Lazer and DJ Snake engaging in modernised Bollywood dance sequences.

In the same year, Zayn Malik quit One Direction. The breakup devastated millions of fans.

2016— Glory is up for grabs for anyone resourceful enough to claim it.

Sia didn’t let go of the opportunity and grabbed the glory with “Cheap Thrills”.

The Chainsmokers’ “Closer” featuring Halsey was one of the last flickers of hope for EDM, which could be best described as a see-saw in the 2010s, when it went viral and topped the Hot 100 for 12 weeks.

Luis Fonsi and Daddy Yankee’s “Despacito” defies gravity. Its biggest accomplishment is breaking the language barrier for pop hits in the U.S., showing audiences that music doesn’t have to be fully understood to be beloved.

2018 — Drake releases “In My Feelings” which starts with the lyrics “Kiki, do you love me?”. Social media went crazy over this song with the “Kiki” Challenge.

The Daddy and daughter lip syncing video of “Girls Like You” by Maroon 5 goes viral on Instagram.

2019 —Every girl’s favourite boy band once upon a time-The Jonas Brothers make an appearance again after 6 years, making all of us truly a sucker for their “Sucker”.

Shawn Mendes and Camila Cabello give a major adrenaline rush to all their fans with the release of Señorita.

Billie Eilish’s “Bad Guy” was described as the kind of song that builds power as it unfolds, permeating with a sense of fearlessness, labeling “Bad Guy” as a “low-key banger”.

From “Call Me Maybe” and “All of Me” to “Old Town Road” and “Shape of You”, the top songs of the 2010s truly represent the decade, defining and shaping the landscape created by music in the 2010s, which will most likely be remembered for decades to come. The story of the past decade in music is bigger than the records that turned our heads. It was songs and shows and heart-breaking losses and beef and overdue cancellations and so much more. To celebrate the true whirlwind that has been this past decade in music, rounded up are some of the best songs of the 2010s, so we can totally bring in the New Year by jamming to the decade’s biggest hits.

Flash, Flash, Flash. Various screens show the face of the actor. A woman crying in the corner while another loves the visual of her crying. The editor looks at all of these different shots and lets out a satisfied... END_OF_DOCUMENT_TOKEN_TO_BE_REPLACED

Each person does see the world in a different way. There is not a single, unifying, objective truth. We're all limited by our perspective. - Siri Hustvedt Perspective. It is a beautiful thing in a way that, all of us... END_OF_DOCUMENT_TOKEN_TO_BE_REPLACED

For the fourth time this week, I woke up at my desk. It wasn’t very comfortable: most of the space was taken up by an assortment of empty Red Bull cans and coffee cups. Clutter never bothered me though, it’s... END_OF_DOCUMENT_TOKEN_TO_BE_REPLACED

“What is it about being blind that it makes you want to walk the dog the whole time?” “When it comes to environment, it's not us but our children and our children's children that will pay for our mistakes, which... END_OF_DOCUMENT_TOKEN_TO_BE_REPLACED