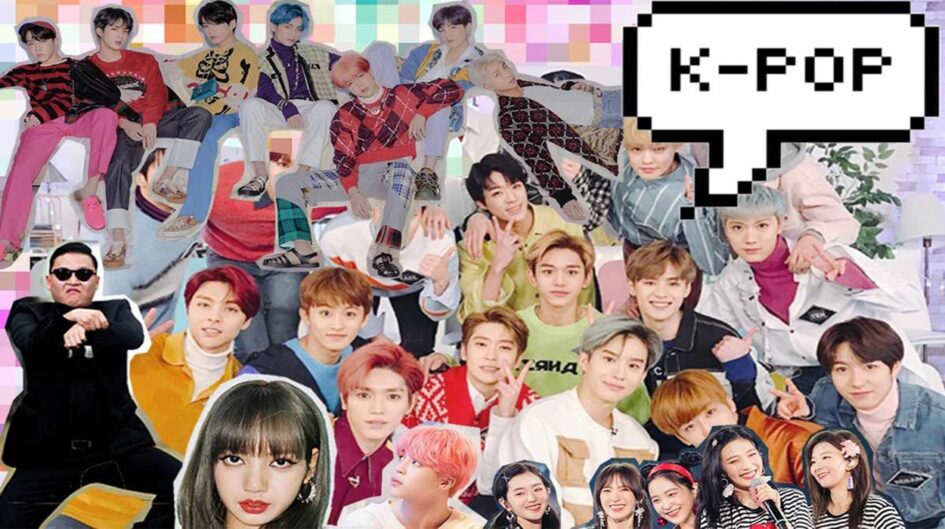 Gibberish? Well, it certainly isn’t. If you like, most others were influenced by Hallyu -The Korean Wave and are a K-Pop fanatic, these are the words you would be well-versed with. If you have no idea about K-Pop: don’t let FOMO get to you. Let’s dig a little deeper into South Korea’s multi-billion dollar entertainment industry.

So let’s start with the basics: K-Pop stands for; Korean Pop. In fact, K-Pop isn’t a genre but an “idea”; an escape from the mundane, where raw creativity meets breathtaking visuals. To someone who’s never heard K-Pop before, fans aptly describe it as Pop on Crack. Making a music video (MV) is a rigorous process and the end product screams perfection. The visuals, in-sync choreography, cutting-edge technology, are why K-Pop groups win big at award functions.

These feats don’t come easy. K-Pop groups or ‘idol’ groups as known in Korea go through a specific and strenuous process. These idols train under several restrictions for long hours right from a young age. And this continues throughout their careers. The reason being they’re someone their fans ‘idolize’, hence their squeaky clean profile. Idols never shy away from featuring on a variety show, vlog, fan -meets. Thus, the loyal fanbase. Being involved in any scandals will cost them a fortune since their admirers are also their biggest promoters. There’s always this one fan who uploads at least ten stories on social media. Yes, them. 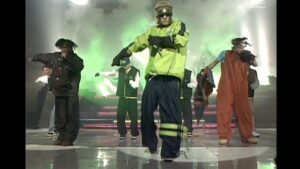 But the South Korean entertainment industry wasn’t always like this, not until April 11th,1992. This is the iconic moment that leads to all the ruckus.  Three boys in baggy clothes, singing words as fast as one can slurp ramen(now called rapping), on national television. Before Seo Taiji and Boys’ performance, Korean songs consisted of only patriotic lyrics. It wasn’t until the fall of the dictatorship in 1979 that K-Pop became the new normal.

Now, ruminating K-Pop from a financial viewpoint; the Korean entertainment industry wasn’t always thriving. In 1997, when South Korea’s economy plummeted due to the Asian financial crisis, the government decided to dedicate a percentage of the entire state budget to the entertainment industry. This decision added $9.45 billion to South Korea’s economy in 2020. The governing bodies had invested in this industry with the vision to account for the largest cultural export globally. This… they did accomplish!

K-Pop culture didn’t accidentally blow up. Entertainment companies strategically planned their success. Some of these strategies being: EXO, BTS, GOT7 (Yes! The names are actually acronyms) making them culturally acceptable. Many groups released alternate versions of their singles in Mandarin, Japanese, etc. when K-Pop started gaining traction in Southeast Asia which resonated with the locals. 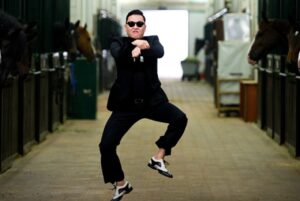 PSY’s Gangnam Style, an international sensation. The first-ever YouTube video to garner a billion views. This video of people riding an invisible horse might’ve been the world’s first exposure to the K-pop world. And, then came along record-breaking groups like BTS, BLACKPINK, EXO, TWICE, StrayKids, etc.

The economic upside which they brought along, as written by Paulina Sajnach in a post on AsiaScotland Institute site :

“BTS’ single ‘Dynamite’, an all- English song that was a first for the group, peaked at number one on the Billboard Global Chart and stayed on the chart for 18 weeks. This song alone generated a stunning figure of 1.7 South Korean won ($1.43 billion). A study conducted by a joint effort from the Ministry of Culture, Sports and Tourism and Korea Culture & Tourism found out that estimated revenue from the hit song would be able to provide 7,928 jobs during the Coronavirus pandemic which suffered greatly due to the lack of tourism. These jobs were able to come to fruition as the revenue from ‘Dynamite’ was pumped into creating them.”

It goes without saying that the entertainment industry is one of South Korea’s most valued and is not restricted to K-Pop only. There are innumerous Series (K-Dramas) and movies that have been critically acclaimed and appreciated by the masses. As they have fresh perspectives on various existing problems. Films like ‘Parasite’- the first foreign-language film to win Best Picture at Oscars and ‘Minari’ have left a mark on the film industry with their exemplary work.

South Korea now resonates with its entertainment industry. This cultural wave is the largest we have ever come across, ranging from K-Beauty to Mukbangs, Soju to Kimchi, increasing tourism to becoming a hub for Startups; Hallyu is catching on. K-Pop has definitely become a billion-dollar worth buzzword.

All that’s left to be seen is whether the hype surrounding it grows by leaps and bounds eventually or stagnates after a while? Only time will tell…

Time may rip up pages from your diary While the fading ink struggles to be seen But the phrases of kindness, scribbled or scribed Will wait for long before they cease   The waves may sweep your traces off the... END_OF_DOCUMENT_TOKEN_TO_BE_REPLACED

I was watching yet another exciting season of Mirzapur with my friends when my grandfather said the most typical thing, “How do you guys watch these web series loaded with action and abuse? Our time had the best movies which... END_OF_DOCUMENT_TOKEN_TO_BE_REPLACED

"Neil Perry! You're up next!" a voice said. All the hustle and bustle of the theatre atmosphere made it hard for him to know who it was. Although this was his thirty-sixth play, Neil was nervous like it was his... END_OF_DOCUMENT_TOKEN_TO_BE_REPLACED

Waking up to the air raid sirens and echoing sounds of bombs. Having to make split-second decisions on what to do next and what essentials to carry. Running for the closest subway station for bomb shelter. As a faint realization... END_OF_DOCUMENT_TOKEN_TO_BE_REPLACED

"Christmas won't be Christmas without any presents", and while I’m a bit late to the party (package falling off the sleigh and all), I am delighted to declare that Little Women will serve as the perfect latish present. It is... END_OF_DOCUMENT_TOKEN_TO_BE_REPLACED