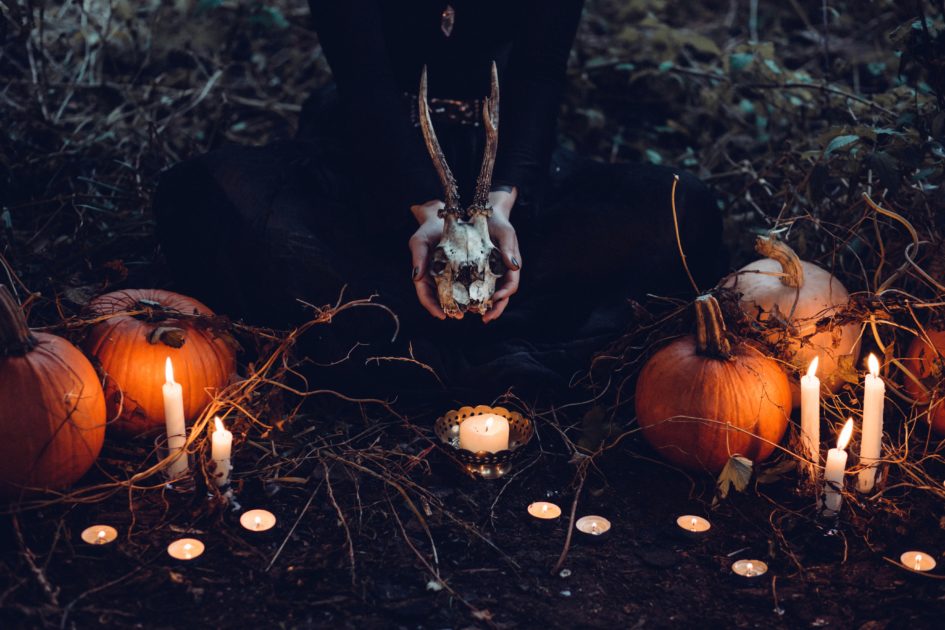 Growing up in a world where books like Harry Potter and The Wizard of Oz are written and read by people, we really wish magic exists. There are kids out there still waiting for their Hogwarts acceptance letter even though a little part of them knows they are never going to get it.
As fascinating as it seems we know fantasy is fantasy and realistically there is no such thing as magic. But as the world we live in is a mix of different people and different people have different opinions there are a few who believe that it does exist.

We have novels and movies to entice ourselves in fiction and make our imagination soar, but magic isn’t something that came up in recent times. It was known to humankind for centuries.  Folklore was a paramount source for the common folk back then. The bedtime tales told by their grandmothers weren’t just a bunch of stories for them, they were convinced that they were true. And among these notions black magic was very popular.

Black Magic is the kind of magic that draws on malignant powers. As opposed to white magic, black magic is used for evil acts or as to intentionally cause harm in some way. In modern times the concept of black magic is considered to be taboo. But in ancient times, it was deemed serious.  Keeping aside our usual conception of witches and wizards riding on broomsticks and wearing pointed hats, they were people who used this magic to proliferate the evil in this world.

Black magic includes the use of supernatural powers. It is said that to perform any kind of magic, you need to have some forces working on it. And these forces derive their powers from either Positive Energy or Negative Energy respectively. Nobody knows when or where the concept of magic began, but it is practiced widely around the world. Especially in countries like India, Egypt, Persia, and many others.

A lot of cultures in the world believe in black magic. There are many events that happened in different parts of the world which have a similar theme although the people involved in the event are in no way connected. The case of the famous American singer ‘Lana Del Rey’ serves as a good example of this. After Donald Trump got elected as the President of The United States, she tweeted “Ingredients can b found online” along with four dates. Tracing this message fans of her found out that it was all part of a hex against their President. Find Link here

There are many cases in India too where leaders of a particular party were said to have performed dark magic against the members of the ruling party. Although all of these instances are just accusations made by the people and we don’t really know the truth behind it.

Black magic is a feared concept all around the world. Though a lot of people don’t believe in it, it is not something they speak of. Others who say they’ve been subjected to the act of black magic believe that it has ruined their lives.

The people who exercise these arts feel they have a certain kind of dominance over human beings who don’t. The victims of these dark arts say that they feel a certain kind of strange and sudden illness inside themselves, which ruins their quantity of life consequently ending their lives. People driven by hate or jealousy towards members of their family or friends pay black magicians to impose harm on them. Apparently, black magic is also used in the corporate world by lawyers to win cases.

Humankind is the most developed of all the other living organisms in this world. As time has passed, they have become more learned and have begun to exclude themselves from the norms and beliefs of society. Today, a person with strong opinions and adequate intellect wouldn’t indulge in black magic or any of the stories concerning it. There might be exceptions to this, as humans tend to encourage anything for a solution. Sorcery of any kind was believed to have been practiced a lot in the past, affecting their lifestyle as a result. While we hear less about this nowadays, we definitely can’t say it’s unheard of.  A lot of them out there still make decisions about their lives by taking magic into account.

Nobody really knows if the magic of any kind prevails or not. Albeit people claim that magic has helped them with their problems and made their lives easier, it’s better if we find ourselves a proper way to deal with them. While hundreds of people out in the world are starving to death, many more with no money to themselves, substance abuse among youth, discrimination of all kinds, crime and the greatest of all-climate change gradually dooming over subjecting us to an end. We have enough on our hands to take care of. The  World has enough evil to be dealt with it, adding some more to it wouldn’t really help.

This article is inspired by the book ‘The Bear and the Nightingale’, by Katherine Arden.

The lockdown, for most of you, was the most boring time of my life. Six months of staying at home didn't do me any good apart from the fact that it brought me and my dad closer by giving us... END_OF_DOCUMENT_TOKEN_TO_BE_REPLACED

It feels like just a week ago when the internet was bombarded with memes of Will Smith slapping Chris Rock at the 2022 Oscars. Ah, what a moment. The Cannes Film Festival too ended just recently, leaving us waiting for... END_OF_DOCUMENT_TOKEN_TO_BE_REPLACED

Faith has always been considered as one of the most inherently pure and pious things, across any and every religion and every school of a belief system based on the concept of God. That is probably because every single one... END_OF_DOCUMENT_TOKEN_TO_BE_REPLACED

Two things have always fascinated me as a child- words and crosswords. Which word should I say? How do I say it? Can it, in its barely ten letters, hardly three syllables, carry the whole meaning of what I want... END_OF_DOCUMENT_TOKEN_TO_BE_REPLACED

Did your 8-year-old self ever wish for that awesome Pixar movie that you watched, and you watched, then you watched again, to be real? Because I did!  I had a dream. I wished I was a car so that I... END_OF_DOCUMENT_TOKEN_TO_BE_REPLACED