Celebrating Homosexuality: Call Me By Your Name 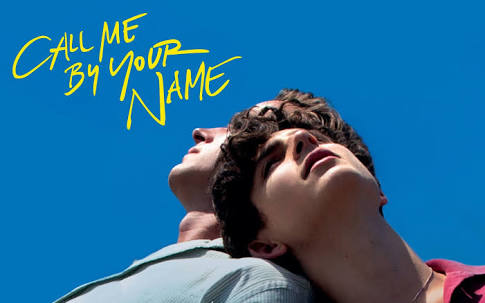 “Call me by your name and I’ll call you by mine.”

Call Me By Your Name is a coming-of-age tale about young love and is an adaptation of André Aciman’s 2007 novel. Departing from other movies with a similar backdrop, this Luca Guadagnino’s story avoids clichés about gay love. 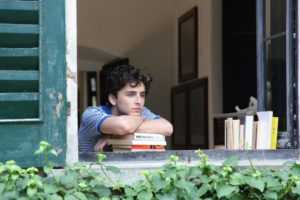 It’s the summer of 1983 and the Perlmans move to their family villa in northern Italy. Elio Perlman (Timothée Chalamet), our protagonist, is a 17- year-old music enthusiast. He spends his time reading, swimming and flirting with his on-and-off girlfriend, Marzia (Esther Garrel). He shares a close relationship with his parents.  Elio’s father (Michael Stuhlbarg) is a renowned archaeology professor and his mother (Amira Casar) is a translator.

With the entry of  Oliver (Armie Hammer), an American scholar interning at Elio’s father’s, Elio’s boring life seems to change. What starts as friendship later develops into a pure and innocent passion.

Amid the sunny skies and gentle breezes of northern Italy, two men in a quest for love find each other and an unexpected love blossoms. Unlike its contemporaries, “Call Me By Your Name’ shows the beauty of gay love. It paints a picture of more “accepting” parents and the inevitability of same gender love.

The more technical aspects of the movie such as the screenplay, cinematography and the background score were just perfect. Another strong aspect which adds to the beauty of the movie is the dialogues. Elio’s father’s monologue about unconditional love left me in tears. The scene was indeed one of the highlight moments for me. 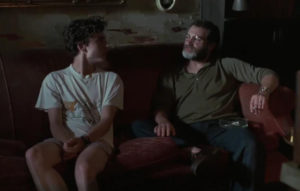 Timothée Chalamet delivers an effortless performance as Elio (nominated for Best Actor in a leading role). He characterises the tenderness of a teenager but we witness a more mature side of him as the movie progresses. Armie Hammer delivers a balanced performance. He justifies his role as a flirty yet tender man who doesn’t want to hurt Elio’s feelings, yet is equally excited about their affair. The supporting actors’ performances are the icing on the cake. The director made sure to keep the 80’s flavour alive throughout the movie. The location settings too were very beautiful and made me want to pack my bags to Italy.

“Call Me By your Name” addresses homophobia and depicts how beautiful the world would be if we were more accepting. Though the movie received a certain amount of criticism, owing to the explicit sexual content,  it still stands out as one of those rare movies which addresses the LGBTQ+ community without exaggeration.

“Call Me By Your Name” is a definite recommendation and also a well-deserved nominee for winning the Oscar in the Best Picture category.

“Propaganda” in present-day English, refers to information or media (especially of biased or misleading nature) that is used to manipulate the audience to further an agenda. If you hear the word propaganda, it immediately alerts you to look out for... END_OF_DOCUMENT_TOKEN_TO_BE_REPLACED

Did your 8-year-old self ever wish for that awesome Pixar movie that you watched, and you watched, then you watched again, to be real? Because I did!  I had a dream. I wished I was a car so that I... END_OF_DOCUMENT_TOKEN_TO_BE_REPLACED

The lockdown, for most of you, was the most boring time of my life. Six months of staying at home didn't do me any good apart from the fact that it brought me and my dad closer by giving us... END_OF_DOCUMENT_TOKEN_TO_BE_REPLACED

It feels like just a week ago when the internet was bombarded with memes of Will Smith slapping Chris Rock at the 2022 Oscars. Ah, what a moment. The Cannes Film Festival too ended just recently, leaving us waiting for... END_OF_DOCUMENT_TOKEN_TO_BE_REPLACED

As the night grew darker, enveloping an empty street with mystery and fear, it embraced two college students, Matteo and Ace. Drunk and floundering into the dark alley, they hadn't realised how far they had wandered until they came across... END_OF_DOCUMENT_TOKEN_TO_BE_REPLACED