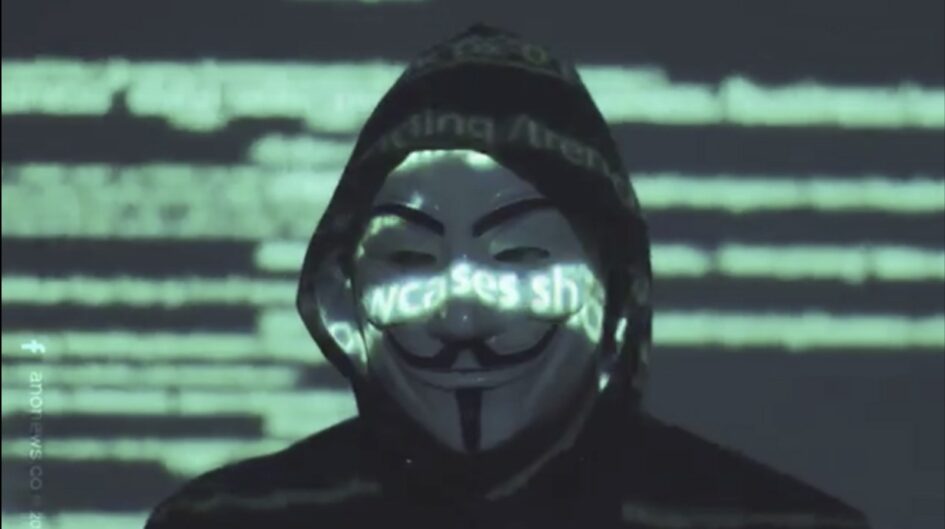 During the Black Lives Matter protests, which began as a response to the unfair killing of George Floyd by a Minneapolis police officer, a video directed towards the Minnesota Police department was released on Facebook. The video was put out by a group of hackers who call themselves ‘Anonymous’ and they stated that they were going to take revenge on the Minneapolis P.D for their crimes. Within the next week, the Minneapolis P.D website was brought down multiple times and a database consisting of 798 emails and passwords was released onto the Internet.

So, who are these people? Anonymous is a leaderless, international hacktivist collective that has organized cyberattacks against several governments and organizations. They started as a group of prankster-hackers that crashed small sites just to get a laugh, but as their numbers grew and their resources got more powerful, they started partaking in collaborative hacktivism.

Whenever they choose to make a public appearance, they wear their signature symbol, a Guy Fawkes mask, similar to the one worn by V, the protagonist of Alan Moore’s graphic novel ‘V for Vendetta’. The exact reason behind the use of this mask is a topic of debate, but it is fairly easy to consider Anonymous as the real-life, 21st-century counterpart to the fictional character V.

For starters, Anonymous believe in equal treatment and freedom for all. This ethical side of Anonymous is seen in multiple instances. They brought down “godhatesfags.com”, the official site of the Westboro Baptist Church, an American church known for its hate against homosexuals, Jews, and Muslims. They also revealed secret information about the members of the Ku Klux clan, an extremist White supremacist hate group. A similar attack was launched against the site of the Ugandan Prime minister when the Parliament of Uganda was considering an anti-homosexual law permitting punishment.

Anons have a strong moral compass. In an attempt to eradicate child pornography and paedophilia, they launched Operation Darknet, targeting sites that used anonymity software ‘Tor’ to host such content. They disabled over 40 such sites and under Operation Darknet V2, revealed the information of multiple suspected paedophiles.

Similar characteristics were displayed by V throughout the Graphic novel. He believed in equality and freedom for every human being- irrespective of religion, race, colour, or sexual orientation.

Secondly, V had a thorough interest in art and strongly believed in the concept of Individual expression. Coincidentally, the first-ever protest organized and led by Anonymous was against the Church of Scientology, which was against the open discussion of its teachings. The knowledge was only accessible to those who paid a lump sum. “Religious knowledge is free” was the motto behind this anti-censorship protest.

Eventually, the protest moved towards controversies surrounding the Church of Scientology like brainwashing, unethical financial practices, mistreatment of women, and aggressive attitude towards critics and enemies. The idea of the movement was to shed light on the Church’s policies which were against freedom of choice like the Disconnection policy – members were forced to stay away from people who did not believe in the Church’s teachings. Individual Scientologists were pressurized to the point where families split apart. The Church denied the existence of such policies but later accepted its existence. Eventually, the policy was brought to court where it was deemed as an unconstitutional practice.

Furthermore, V was an agent of anarchy. He aimed to eliminate oppressors and to return the power, freedom, and responsibility of the people to themselves. During the Tunisian revolution and Arab Spring movements, Anonymous joined hands with protestors in their fight for freedom against oppressive regimes. Anons provided locals with anonymity software, through which they could escape Government surveillance and organize protests. They launched cyberattacks on Tunisian Government websites, rendering them offline. They also helped protestors share videos about the uprising on the internet and urged the people to “fight for justice, freedom, and democracy’’. The revolution ended with the ousting of the President and formation of the Democratic Republic of Tunisia.

Over the years, Anonymous has become more of a movement, rather than a group. This means that anybody can join Anonymous. Anyone who wishes to state that they are a member of the collective is considered as a member of Anonymous. In the words of British journalist Carole Cadwalladr, “If you believe in Anonymous and call yourself Anonymous, you are Anonymous.” 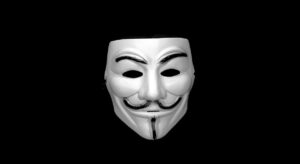 This presents an interesting choice to you, dear reader. YOU can wear the Mask. No, I am not asking you to become a hacker vigilante. The mask is symbolic of standing up for what’s right. Anons use their particular skill set to bring a change. You can use yours. You have a voice and you can use it to speak against atrocities. You can stand up for what you think is right and YOU can make a difference. If you didn’t think of that before, I hope you do now.

Inspired by ‘V for Vendetta’ by Alan Moore and David Lloyd.

“Hand me the gun and don’t move a muscle”, an injured Shankar Narayan whispers to his son, while they take cover under an old Contessa. The little boy does exactly as his father says, his hands trembling, desperately trying to... END_OF_DOCUMENT_TOKEN_TO_BE_REPLACED

As the night grew darker, enveloping an empty street with mystery and fear, it embraced two college students, Matteo and Ace. Drunk and floundering into the dark alley, they hadn't realised how far they had wandered until they came across... END_OF_DOCUMENT_TOKEN_TO_BE_REPLACED

Many of us might look back at the time we spent in school with nostalgia and fond memories. But most will also agree that it wasn't the happiest of places with long and monitored study hours, heavy bags full of... END_OF_DOCUMENT_TOKEN_TO_BE_REPLACED