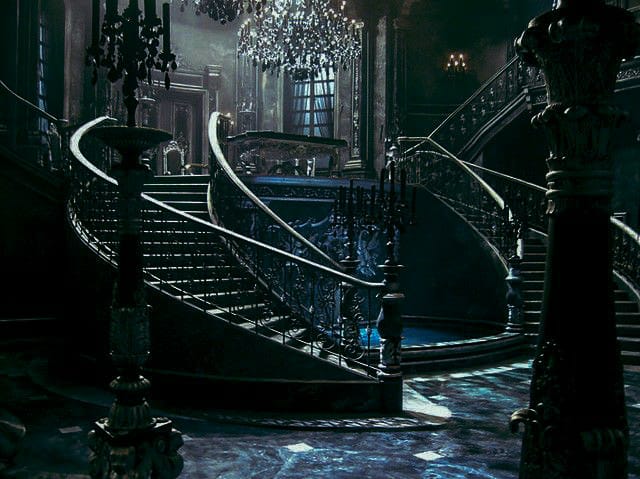 The below article identifies as Horror. Reader Discretion is advised.

As the clock struck three, darkness shadowed the light of the moon. Silence crawled through the halls within, and the only sound I would hear was that of their fear. They came here with expectations of embarking upon an adventure. They always do. How foolish of them. They never learn, do they? They never realise that their mindless obsessions for venturing into the unknown lead them to their own demise. In this case, perhaps, an obsession to solve the unresolved mystery that is, The Hill House.

I lay low, amidst the hills shrouded in the dark, quiet and seemingly alone. At least that’s what they think. They assume that a place as old as this has nothing but huge doors, empty corridors, broken windows panes, high ceilings or perhaps even an unconventional architecture. But what they don’t hear, is the thud of those doors closing shut, trapping them in. The empty corridors filled with footsteps of those trying to escape. The broken window glass impaling through the eyes of someone who saw what they weren’t supposed to. Their lifeless bodies hanging from the high ceilings like wind chimes in a storm. The unusual stature of the house, holding them captive, dooming them to roam these halls for eternity.

You see, I don’t like silence. I prefer hearing the cries of the lost souls, writhing in agony. I may seem calm and dull on the outside, built with strong bricks and firm floors. I am all of it, and so much more. The splatters of blood on my bricks make it colourful, their screams make it musical. Because of them, I am whole.

Despite the fear of the unknown, curiosity is what drives them, drives them right towards me. Not knowing that they’re destined to stay. I get into their weak minds, play a little with their fears and make their worst nightmares come true. I lead them to madness and they do the rest on their own. It was all in their minds. But I control their minds, leave their bodies to rot and trap their souls. So they never leave………..

Who are they? They are the weak ones and sad ones. They can be controlled, manipulated, even commanded. They seem so broken that anything enchanting draws them in. That’s all I have to do, lure them in. As my doors open up for them, deceiving a warm welcome, they lose themselves in my halls, in an effort to find what’s hidden beneath. My bricks and walls tell them stories of the unknown. My walls trap their souls and all that comes with it. They become one with my darkness, completely hidden away from life as I wait for the next one. They’ll come in search of an adventure and once again, curiosity will lead them to me. It always does.

Because journeys end in lovers’ meeting.

One just needs to wait for the clock to strike three again.

Inspired by the book, ‘The Haunting of Hill House’ written by Shirley Jackson.

"Why does Caesar get to stomp around like a giant while the rest of us try not to get smushed under his big feet? What's so great about Caesar, huh? Brutus is just as cute as Caesar. Brutus is just... END_OF_DOCUMENT_TOKEN_TO_BE_REPLACED

Everyone knows Sushant from his popular movie MS Dhoni- the Untold Story. After MS Dhoni, he was seen in the film Chhichhore, which gave a beautiful message "Suicide is not the solution". Many students found the movie relatable. After Chhichhore,... END_OF_DOCUMENT_TOKEN_TO_BE_REPLACED

Picture a person going through a great deal of misery and sorrow because of some certain terrible circumstances they are in. What expression did you picture this person in? The majoritarian guess would probably be a sad and unhappy face.... END_OF_DOCUMENT_TOKEN_TO_BE_REPLACED

Afternoon, 27th September 2080 The season of fall had begun. The leaves had turned orange and were bidding goodbye to the trees which held them close to their hearts, to become one with the gentle breeze. Their journey now had... END_OF_DOCUMENT_TOKEN_TO_BE_REPLACED

"How do you feel about this achievement? Your book is now one of the fastest-selling books!" asked one of the reporters. "I'm happy for this book's success more than any of my other books. Because this book is not a... END_OF_DOCUMENT_TOKEN_TO_BE_REPLACED