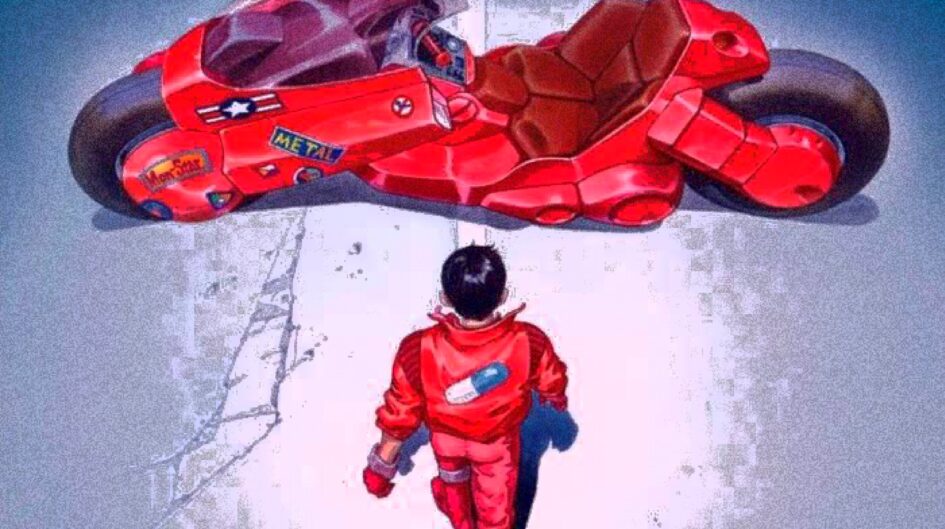 In any medium, there will always be a piece of work that will usher in a new age. It doesn’t have to be great; it doesn’t have to be good; it just has to be different. Something that can change the direction that the industry is heading in. Akira happened to be that something for the 90’s anime industry. It made a concrete place for itself in an ever-changing landscape, but what is Akira?

Akira, written by Katsuhiro Otomo, was a popular manga published in the young magazine from 1982 to 1990. It was received well by  audience and the critics because of its mix of cyberpunk and dystopias. It was estimated to sell 30,000 copies but ended up selling 2 million. Due to its huge success, a high budget movie was planned, and Katsuhiro himself was chosen as the director, since the main story was still not completed.

The movie was a collaboration between a dozen different studios with a budget of 1.1 billion yen, 23.6 million USD if you adjust for inflation. This high budget and personnel count was practically a necessity when you look at the production quality. They were trying to make a mostly 24 frames per second film in an era of cel animation, where each frame had to be painstakingly hand-drawn and just minutes worth of animation took weeks to create. These images were drawn with great attention to detail, so there is always some Easter egg to look for in each scene.

All this technical polish would have been for nothing if it wasn’t for the story, and that’s where Akira becomes weird. It’s a good story but it doesn’t match the hype that surrounds the movie.

For better or for worse, Akira is overshadowed by its fame as a classic. I went into the movie expecting something that will completely blow me away and was presented with a decent story and a rushed ending.

The more I thought about it, the weirder it became. This is a movie that is heralded as a classic. It’s looked up to by the people I look up to, there had to be something I was missing. And that’s when I came across the one thing that I didn’t pay attention to.

The time it came out in.

I was looking at the story at its face value, hoping for some groundbreaking storytelling, but that’s not the point of Akira. Akira resonated with so many people because it was a review of Japan’s nuclear disaster. Every single plot point and character decision is a nuclear allegory and a critique of humanity. It’s done so subtly that it doesn’t come across as pretentious, but there are things you might miss because of this subtlety.

The psychic powers represent real-world power, and Tetsuo is a stand-in for Japan. Tetsuo goes from a normal delinquent to an object of worship, mirroring Japan’s rise from a war-torn country to a global powerhouse in just a decade. And when Tetsuo gets overconfident and causes his own demise, it’s meant to be a warning for Japan to not get ahead of itself.

The critique of humanity part becomes evident through a conversation between Kei and Kaneda. Kei argues that if amoebas were given the power of humans, they wouldn’t suddenly become human. They would just get better at eating and destroying things around them. Similarly, humans wouldn’t become gods just by having God-like powers, we would just become better at using or abusing that power to be more human. This can also be interpreted as a jab at technology since it’s around this time that Tetsuo makes himself a metal arm which slowly fuses and mutates with him.

Tetsuo’s obsession with Kaneda’s bike, even after he gains psychic powers shows that even though he has the power of a demigod, he’s still tied down to the past. This is just like Japan, who couldn’t distance itself from the horrors of World War 2 and radiation poisoning no matter how much it grew economically. This also works perfectly with the amoeba dialogue. Tetsuo doesn’t become a god because of his god-like powers, he is still human in how he is held back by the past.

It’s not just Tetsuo, the entire city of Neo Tokyo is filled with these metaphors. The rowdy, violent, and oddly parentless children of the city represent the aimlessness of Japan in those times. On the other hand, the politicians are characterized as being even more disorganized than the aimless youth, only caring about their interests and facing everything else either with indifference or cowardice.

The neon-lit metropolis shows of the gaudy consumerism and American capitalism while the dim-lit alleys are where people thrive. The continued destruction of Neo Tokyo tries to show the horrors of human greed while its continued reconstruction shows the light of human perseverance.

It’s not the same old “Humanity is doomed forever” message. There is light at the end of the tunnel for us, but when we get there, and the bliss of basking in light fades, we are greeted with the start of another tunnel.

[Trigger Warning] The following article contains acts of cruelty and violence. Reader discretion is advised. I opened my laptop, exhausted from all the classes at college, (not) ready to log in to another class when I stumbled upon “Monster: The... END_OF_DOCUMENT_TOKEN_TO_BE_REPLACED

Well, well, well. Something interesting has finally caught your attention in this painfully boring and monotonous life. You dash to the most convenient online marketplace to find the materialistic item that fuels your dopamine rush. These platforms help connect buyers... END_OF_DOCUMENT_TOKEN_TO_BE_REPLACED

Police sirens, an opened door, a step out of the flat that had been an abode and a prison for 6-years-9 months-23 days—freedom at last?   Julian Assange was under no such false impression as the British police dragged him... END_OF_DOCUMENT_TOKEN_TO_BE_REPLACED

[Trigger Warning] The following reading contains potentially distressing information about violence, brutality and sadistic practices. The reader is advised to use their discretion to continue reading. “For the last time, you don’t have to do this. They will finish the... END_OF_DOCUMENT_TOKEN_TO_BE_REPLACED