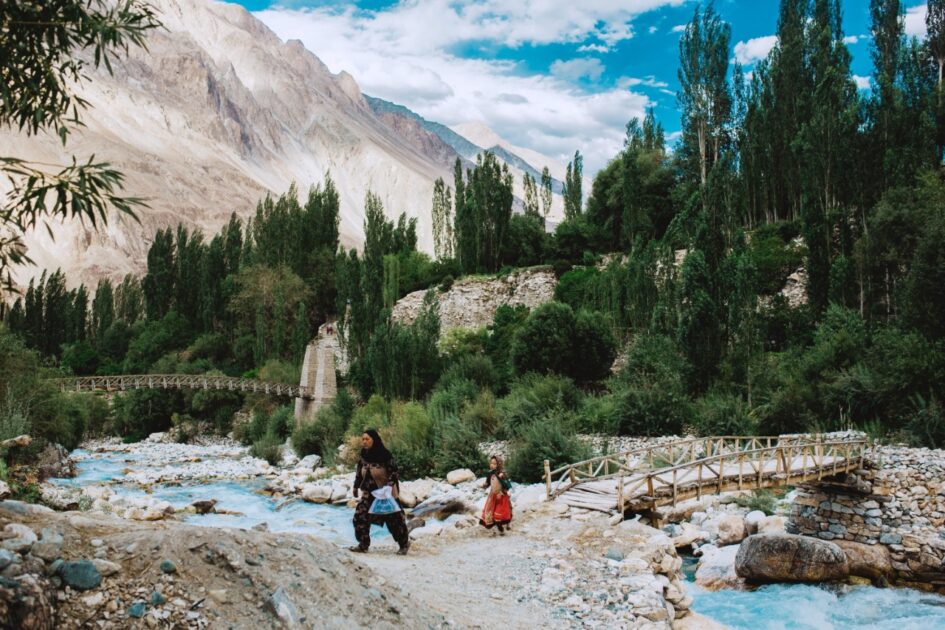 I’ve grown up reading great things about Kashmir’s beauty. In one of my textbooks, it’s also called “The Heaven on Earth” or in the local dialect, “Dharti ka swarg Kashmir.” From the icy mountain slopes to the lush green plains and the sturdy wooden House Boats, it is a very famous tourist attraction and an ethereal and beautiful state. However, much of Kashmir is not as beautiful as its mountain ranges and lake houses.

There is a large part of it hidden beneath the veil of beauty.

The other side of Kashmir is an army-controlled region, whose population has its system of beliefs, ideology, propaganda, and problems.

There is a constant stench of fear and doubt which suppresses the slight glimmer of hope that finally, one day it will be free from a long reign of war and terror.

“When the fight is between two elephants, the grass is sure to get trampled.”

The growing tension between Pakistan and India resulted in the armed forces of both nations put on high alert, especially along the LoC. A slightly suspicious action was enough to attract army brutality resulting in long nights spent at stations for interrogation.

There are also multiple cases of mob violence and protests against the army,  aiding terrorist outfits which lure the people with their(often false) ideas of freedom and change. The media portrays all this in a very whitewashed way- usually highlighting the atrocities faced by the Indian army, and as a result, most Indians are clueless about the actual state of people living there. While movies like Haider give us some insight on this, the majority of us put little to no effort in educating ourselves on this topic.

When Article 370 was released, several protests took place in the Indian Occupied Kashmir, but the Pakistan Occupied Kashmir was rather very silent. We cannot determine whether it was because of the satisfaction of the locals or the heavy radio silence maintained in the region. All this is so neglected that it fails to reach us and even if it does, it falls on (mostly) deaf ears.

My intention here is not to call out the government or criticize it for all or any decisions- it is to simply bring attention to the dismal state of people living there. The fact is that Kashmir is treated as a piece of land, and that the well being of Kashmiris is ignored for the large part. Imagine not having access to the internet, or not being able to go out at night to meet your friends. Imagine waiting for your dad to come back home from an investigation, and not knowing whether to wait or to mourn his loss. Surprisingly, the lockdown hasn’t made people more restless than before, as lockdowns are not a new concept in Kashmir- though it seems to have taken a heavy toll on the education of students and the health industry.

Kashmiris only have access to a set of government-approved websites, with 2G internet. This means that the idea of education through online classes is completely ruled out. While the whole world has moved on and found solutions for almost all their problems on the internet, Kashmiris have lost their access to education, with barely any means of modern entertainment. People have been talking about the lockdown taking a toll on our mental health, even though we have access to social media and video calling sites that keep us connected. It hurts my heart to imagine the plight of Kashmiris who are facing a global pandemic without any access to the outside world.

It seems like the scenic beauty of Kashmir mocks the state of people living there. And as for the woke generation that posts stories demanding the justice of George Floyd, we’re astonishingly silent about the pathetic situation of our Kashmiri counterparts. This could be because we do not want to touch on a ‘sensitive’ topic that might provoke anyone, or maybe it did not make its way to the top 10 trending headlines, or just because we simply don’t know. But is it not our responsibility to at least be aware of the situation in Kashmir, if not speak up against it?

The first step in solving an issue is to address it. And the issue here is not whether Kashmir belongs to India or Pakistan, it’s about Kashmiris deserving more dignity of lifestyle.

In the title of one of its recent articles, The New York times called Kashmir ‘A living hell’ of anger and fear. Our country’s future lies in our hands, and we all can try and make it a better place if we care enough. And we must, because nobody deserves hell- not while they’re alive.

Inspired by the movie Haider

Disclaimer: This is a review of the Second season of Locke & Key, which premiered on Netflix on October 22, 2021. Although there are no major reveals of season 2, this article may contain a few spoilers from Season 1,... END_OF_DOCUMENT_TOKEN_TO_BE_REPLACED

From the beginning of everything, all I wished for, Was to be anything other than a phenomenon. All I wanted was to be alive and be missed, But I only have one path now, I march on.   Constant and... END_OF_DOCUMENT_TOKEN_TO_BE_REPLACED

On 8th October 2020, the Tata group won the bid for Air India for Rs.18000 crores, a far cry from the Rs.2.5 crores, at which it was sold to the Jawaharlal government. Ahh, forgive me, where are my missing manners?... END_OF_DOCUMENT_TOKEN_TO_BE_REPLACED

What makes a modern smartphone smart is its ability to connect to the internet and its functions like video playback, music, cameras, and gaming. The Candybar touchscreen form factor of smartphones has been in existence since 2006 or so, the... END_OF_DOCUMENT_TOKEN_TO_BE_REPLACED

It's almost the end of this year and the time to let the beginning of winter warm our hearts. Speaking of endings, here we are drafting the editorial of our farewell edition. It only feels like yesterday when we wrote... END_OF_DOCUMENT_TOKEN_TO_BE_REPLACED