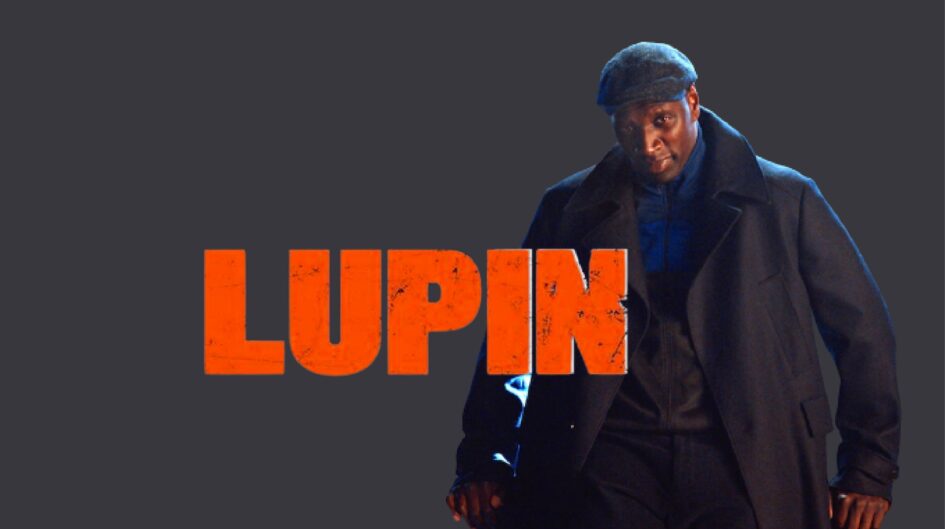 Thriller. Heists. Mystery. The three genres of cinema that never fail to grab our attention. It’s quite common that we end up watching movies or series of these categories even if they are in languages unfamiliar to us. Such is the fondness.

The pilot introduces Assane Diop (Omar Sy) as a janitor, working at The Louvre in Paris who is planning on stealing The Queen’s necklace, belonging to Queen Marie Antoinette. Assane and his father, Babakar Diop are Senegalese immigrants. Assane’s father works as a Chauffeur for a wealthy Parisian family, The Pellegrini’s. Babakar is falsely accused of stealing a necklace by his employer Mr. Pellegrini (Hervé Pierre) and is put behind bars.

Assane grows up to become a fine gentleman-thief with the sole purpose of avenging the reason behind his father’s ill-fate. A gentleman-thief? Confused much?

He draws inspiration for his heists from the famous French fiction written by Maurice Leblanc, ‘Arsène Lupin’, given to him by his father, where the titular character is a gentleman-thief. He trains himself to become a master of disguise and uses it to his convenience to pull off heists.

Eventually, he marries the love of his life, his childhood sweetheart, Claire (Ludivine Sagnier), and plans on settling down. But his quest for seeking revenge on the people responsible for his father’s fate keeps pulling him away from all of it. The series ends with Raoul (Assane’s son) going missing, leaving space for a possible second season of the acclaimed series.

To sum it, Lupin is a story that might seem a little predictable at points but is still gripping with its minor twists in the plotline. Taking inspiration from the fictional character of Lupin for Assane and still maintaining the difference between the fictional and the real character could be a possible pioneer in adapting epic characters from books. The gentle changes in the characterization of Assane throughout, with alterations in his flashbacks and present, ground it more towards actuality. The soundtrack of the series is apt, groovy and a little retro, in terms of the further unfolding of the plot. Cinematography gets bonus points, for beautiful shots of locales in and around Paris – A visual treat indeed!

The relationship between a father and a son with a twist might seem mundane but, Lupin most certainly is anything but mundane. If in search for a binge-worthy series of heists, revenge and thrills in style, for the upcoming weekend, look no more!

Even if it seems a little predictable initially, believe that there’s more to it than what meets the eye…Because the answers to some of the following, give a 180-degree twist to the storyline.

Was the heist successful? Decoding hidden messages? Is the necklace in The Louvre even original? Who was behind ruining his father’s life? Watch to find out!

Comfort space is personal to every individual. It allows you to be yourself and cherish the moments as they are with no judgment whatsoever. As for me, movies and music do the job. Speaking about movies, I have been exposed... END_OF_DOCUMENT_TOKEN_TO_BE_REPLACED

Well, well, well. Something interesting has finally caught your attention in this painfully boring and monotonous life. You dash to the most convenient online marketplace to find the materialistic item that fuels your dopamine rush. These platforms help connect buyers... END_OF_DOCUMENT_TOKEN_TO_BE_REPLACED

[Trigger Warning] The following reading contains potentially distressing information about violence, brutality and sadistic practices. The reader is advised to use their discretion to continue reading. “For the last time, you don’t have to do this. They will finish the... END_OF_DOCUMENT_TOKEN_TO_BE_REPLACED

Hope was an absurd emotion.   It was a chilly midnight when it happened for the first time. Monique was a light sleeper. After all, it didn’t take much more than a dull, heavy thud for him to jolt awake... END_OF_DOCUMENT_TOKEN_TO_BE_REPLACED

For the fourth time this week, I woke up at my desk. It wasn’t very comfortable: most of the space was taken up by an assortment of empty Red Bull cans and coffee cups. Clutter never bothered me though, it’s... END_OF_DOCUMENT_TOKEN_TO_BE_REPLACED