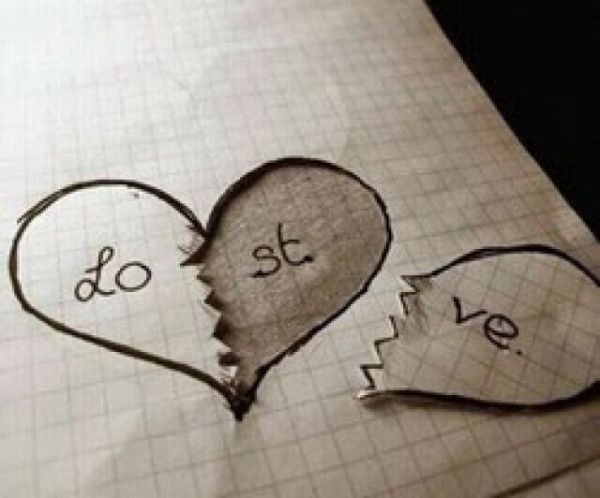 “Good Morning!”, I heard someone say. But to whom?

It looks like I’m in a hospital. But why? What happened to me?

The person who wished me good morning comes to me and says, “Finally escaped.”

He was wearing a white shirt, holding a coffee mug. His eyes were dark, and hair, brown.

Meanwhile, the doctor came to us and asked me, “Do you remember anything?”

A question which even I couldn't answer.

“Not even my name”, I replied.

“Not even your name? That means you don’t recognize me?!”, the white shirt guy shouted, surprised.

“Oh no, I have been waiting for you for almost a year! Anyway, I am Stanley. I am a journalist”, he introduced himself.

The doctor took Stanley aside, spoke to him in a lowered tone and left. Stanley slowly approached me; his face looked disappointed and sympathetic. He sat down on a stool next to me and started speaking to me, “I found you running on streets. You were being chased. One of the people chasing you was from George’s gang.  George is a famous gangster. They had guns, and one of them shot you in the head. They thought you were dead and left. When I came to check, you were still alive, so I admitted you here. I was very curious as to what happened and have been waiting for you to wake from your coma.”

“These are your belongings. They were what I collected from the site”, Stanley said, giving me some notes and an earring. I guess I lost the other.

He dropped his visiting card asking me to contact him if I remembered something.

The doctor came in and explained that I didn’t have much time left. The bullet which was shot in my head was not yet removed, and I might be dead within a month or two.

Though I was advised to stay under medical observation, I didn’t want to spend my last days in a hospital. So after a week, I finally left the hospital, promising to visit every week for check-ups. With the help of my notes, I found my place. I live in an apartment where no one bothers about anyone. That is how I could walk straight to my room without having to answer any questions. After briefly looking around, I laid myself on the sofa. As I tried to organize my thoughts and understand what was going around me, I felt warm tears welling up in my eyes. ‘What happened?’ ‘Who am I?’  bothered me the most. ‘What is going to happen now?’

After what seemed like an hour, I calmed down. I had to get answers to my questions.

I have decided  to do two things  in this short span of life.

One, why was I wanted dead?

Two, how should I kill the person who wanted me dead?

Nothing mattered now. My name, my family, nothing. Only one fact remained, that I was going to die. And I had to accomplish my two tasks before I die. And the only link I have is George, who is probably the one who  wanted me dead. I needed to get him and make him pay for this mess.

I left home and starting walking. It suddenly started to rain.

Passing by a house, I saw a puppy sitting in a basket, shivering. The door of the house was open, so I took the pup and stood at the door. The house was very poorly lit. I could see a person sitting on a chair, his back facing me.

“The door was open, and I saw this little one shivering outside, so I thought it must be yours “, I said.

But he interrupted me saying, “Just take it away; I can’t take care of her “.

“But it shouldn’t die like this, she is too young to take care of herself. She needs to be treated with love and care”, I replied.

“It’s easy to love when it doesn’t belong to you. Once you have it, you just stop”, he said, in a deep and hurt voice.

“It is the same with women. And the woman I loved?” he laughed sarcastically.

“She left me for another man”, he said after a brief pause.

“Keep her. I don’t want her”, he said turning to face me.

He saw me. Something passed over his face. He then offered me a chair to sit on. There was a chess board in front of him.

“So you play chess by yourself?”, I asked looking at the board.

“Yeah, I win and lose at the same time. Just like life”, he replied.

“Actually I’m trying to identify people and their faces”, I said

“I lost my memory, no one knows my past, who am I, where I have come from. You don’t know how it feels when you don’t know your name”, I continued.

“So you don’t remember anything? And how do you think you will get back your memories?”, he questioned.

“I believe in miracles. I just hope soon I will find all the answers to my questions.”

“Miracles happen in fairy tales, not in real life”, he countered.

The rain had stopped and the man had made it very clear that he was not going to take back the puppy, so I decided to leave. Just as I got up to leave, I saw something that caught my attention. I saw a photograph on the on a table nearby. My photograph.

As I turned to face him, he had noticed that I had seen the photograph. He started to run towards me. Not me, but the gun on the table near my photograph.

I was closer to the table, so before he could, I grabbed it and pointed it at him.

“I can explain! It’s not as you think it is! Please hear me out!”

“You have my picture, a gun and you rushed to it as soon as you saw me. What else do I need to know?”

“You don’t know who I am. You may kill me now but you will be dead before you even understand what you did”, he said taking a step towards me.

“Don’t move! And you are threatening me?” I laughed.

“Threatening a girl who doesn’t know her own name or the number of the days she is going to live?” I scorned.

I am no expert with a gun. But I guess it was my agony that made me shoot him.

I woke up. I had grabbed a bottle of milk and cereals on my way back home last night. As I started to dig into my cereals, I started to go through a pile of papers. Letters. I had found these last night. They were love letters written by me to George. Next to the letters was today’s newspaper. The top story read, ‘The famous gangster, George has been found dead in his apartment.’

I woke up one day with a dagger through my heart it doesn't hurt, I'm afraid I know what this is about I don't want to step out, don't want people to know; at this moment my mom walks in,... END_OF_DOCUMENT_TOKEN_TO_BE_REPLACED

There she stands, by the shore, as the ocean gently kisses her feet. The waves trickle past her toes and go back smiling as she gives them life with every stroke of her brush. The sky never realised how beautiful... END_OF_DOCUMENT_TOKEN_TO_BE_REPLACED

A team of misfits. An intricate plot. A treasure worth beyond compare. From Ocean’s Eleven to Money Heist, we’ve all fantasized about never having to work, about committing the perfect heist, where a bit of planning and guts delivers more... END_OF_DOCUMENT_TOKEN_TO_BE_REPLACED

Conflict is a normal part of our life. We all strive to be happy and avoid conflicts with others. Needless to say, a group of people can't be expected to agree on everything. When conflicts arise between outsiders, we don't... END_OF_DOCUMENT_TOKEN_TO_BE_REPLACED

Trigger Warning: The following reading contains information about racism, brutality, homophobia, and child sexual abuse. Readers' discretion is advised.   During the Black Lives Matter protests, which began as a response to the unfair killing of George Floyd by a... END_OF_DOCUMENT_TOKEN_TO_BE_REPLACED