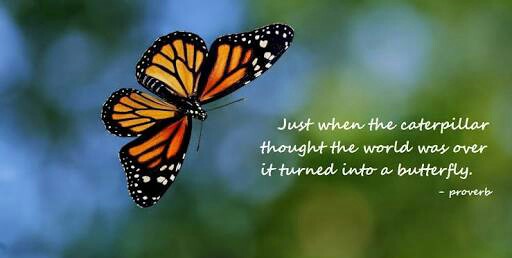 Vijay and Vani lived in a posh neighbourhood. On Vani’s birthday, they received a beautiful kaleidoscope, from their niece – Nikita. It wasn’t the kaleidoscope that moved them, but the note that was attached with it.

As I turn the kaleidoscope and look through it, a beautiful and intricate pattern forms in front of me. A pattern which is so beautiful, that I would not want to turn it again, just for the fear of losing it.

But when I do turn the kaleidoscope, there is a moment of chaos, when the beads get tossed around but when they settle down, another beautiful pattern is formed, which I would have never seen, had I not turned it.

The same thing is happening in your lives right now, though the pattern in your lives might be confusing and you might not know if the chaos is ever going to end, but it surely will and you will see an intricate and stunning image in front of you.

Vani and Vijay knew what Nikita meant; Vani had been suffering from cancer, which was terminal.

She had given up on life since the day she was diagnosed and had never made an attempt to be happy. She thought that she was too damaged to be ever loved by anyone. She secluded herself from her friends and relatives and stayed away from any public events. She had been a witty, content and happy person, cancer had changed her.

She now wanted to change the pattern in her life which she had feared to change for so long. She went out, spoke to her friends, made people laugh with her wit and also she spoke to people who were going through the same phase and she could relate her troubles with theirs. She got messages and e-mails with many of them sending her their good thoughts. She was glad that her struggle could resonate with so many lives.

Vani died a very content woman. A woman who didn’t let cancer trample the last few months of her life; she took the negative side of it and changed it to something so intricate and inspiring, her last few months were filled with peace and joy.

And as for Vijay, Vani’s death had filled a void in his life and left cracks in his soul which could never be healed. The turning of the kaleidoscope was indeed chaotic and stressful for him and he also felt that it would never stop, he obviously had to deal with more grief than he had had anticipated, yet the pieces did fall into place and there emerged a new image.

He moved to new city where he helped others with his own experiences. He found new opportunities, new work, and new love.

Sometimes, we just have to take the leap of faith and remember that the chaos doesn’t last forever and it can lead to the formation of a stunning, vibrant view.

From a very young age, we are socialized to behave according to our sex. Boys are taught to be “masculine” and girls are taught to be “feminine”. But are there any biological differences between a man and a woman which... END_OF_DOCUMENT_TOKEN_TO_BE_REPLACED

[Trigger Warning] The following reading contains potentially distressing information about violence, brutality and sadistic practices. The reader is advised to use their discretion to continue reading. “For the last time, you don’t have to do this. They will finish the... END_OF_DOCUMENT_TOKEN_TO_BE_REPLACED

Hope was an absurd emotion.   It was a chilly midnight when it happened for the first time. Monique was a light sleeper. After all, it didn’t take much more than a dull, heavy thud for him to jolt awake... END_OF_DOCUMENT_TOKEN_TO_BE_REPLACED

[Trigger Warning] The following reading contains potentially distressing information about self-harm. The reader is advised to use their discretion to continue reading.   Darkness cocooned her room, her heart twisted, churned, her fingers closed around her throat, nails digging into... END_OF_DOCUMENT_TOKEN_TO_BE_REPLACED

[Trigger Warning] The following reading contains events of death. **This is entirely a work of fiction and no distress was intended for any family/person affected by a natural disaster. “Please Ma!” Arya pleaded. “I made it to my final semester.... END_OF_DOCUMENT_TOKEN_TO_BE_REPLACED