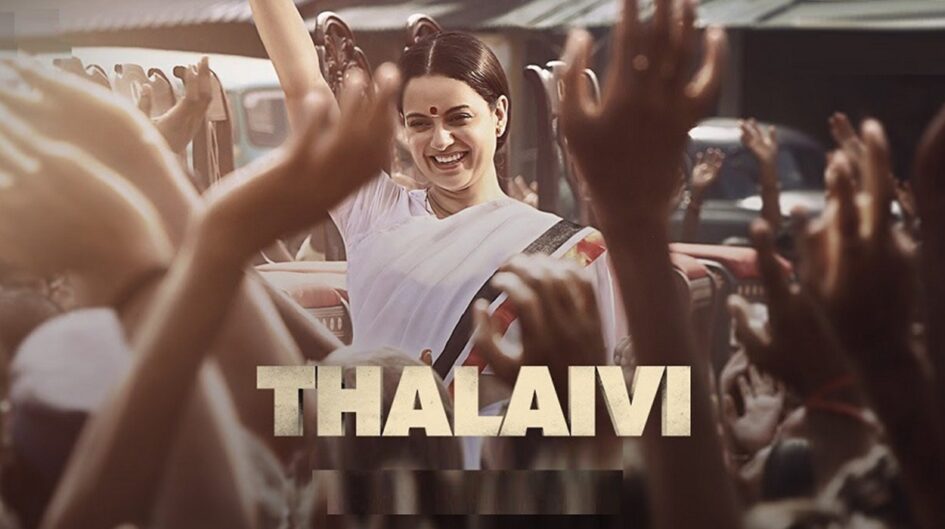 The Parliament scene that happened thirty-two years ago in March 1989 was the turning point of Tamil Nadu politics. The movie starts with this unforgettable assembly scene that turned the tables on upcoming politics in Tamil Nadu. Four-time National film award winner Kangana Ranaut is seen playing the role of the former actress-turned chief minister of Tamil Nadu, Jayalalitha Jayaraman.

The film opens with Karunanidhi, the chief minister of Tamil Nadu, presenting the state budget in the assembly. Jaya (Kangana) accuses the ruling party of tapping their cell phones and arresting one of their members. Eventually, the scene transforms into a battleground where ministers of the opposition party try to protect Jaya when one of the ruling party MLAs pulls the loose end of her saree and assaults Jaya in the assembly where she then vows to return to the assembly one day only as the chief minister of Tamil Nadu.

The film also focuses on the acting days of Jaya and the films that the Tamil superstar MGR and Jaya did together featuring some of their old songs. Aravind Swamy excellently portrays the role of MGR. The relationship between MGR and Jaya was put up decently on-screen without hurting either of the fanbases. The makeup and attire did a satisfactory job in helping recreate the fashion trend that existed in the 1960s.

The film mainly shows a woman who rose to heights with all the patriarchy and misogyny around her. For the film, its main character is everything. Jaya (Kangana) is shown to be a free-spirited and brave woman. It is a known fact that Jayalalitha was humiliated several times and every time her rise is shown as the phoenix that rose from ashes. However, the political part of the film was only a one-sided perspective and a little off. More than the politics at that time the filmmaker concentrated on the misogynist beliefs that exist among men while a woman leads them. The dialogue, ‘Yeh filmvaali bathayegi hamein politics kaise karna hain’ sums it up. Veerappan’s dialogue ‘Jyada pankh pheraogi toh muh ke bal girogi’ was given a befitting reply by Jaya, ‘Abhi toh sirf pankh phereyein hain udna toh abhi baaki hain’.

Coming to the music in the film, G.V Prakash did a decent job, but the composition seemed to be off at the end. For music enthusiasts, the film doesn’t promise much. However, the vocals for this song is very melodious. The beats hailed the essence of retro-style music and it was an important element as it weaves the bond between MGR and Jaya. Kangana and Aravind well-portrayed their roles by picking up the nuances and essence from their characters. No actor could play MGR better than Aravind.

For most of the film, it was the story of an actress who beat all odds and went on to become the chief minister loved by people. The comparison of the parliament scene with the greatest epic Mahabharath and impactful delivery of the dialogue, ‘Mahabharth ka dusra naam hain Jaya’ says it all. After which, her long-time rival Veerappan had a change of heart. The film ends with Jaya Lalitha becoming the chief minister of Tamil Nadu despite a life-threatening accident. The men who once couldn’t accept her as their leader are seen bowing to the fiery woman who wrote her destiny.

Above all, the film is worth watching owing to the acting skills of the lead actors, powerful dialogues that hit the right note, and nevertheless the journey of the legendary six-time chief minister of Tamil Nadu who is fondly called AMMA by the locals. Two stars for the acting, one for dialogues and makeup each, and the last for the motivational story of the political tycoon who inspires today’s woman that no feat is far from achieving.

What makes a modern smartphone smart is its ability to connect to the internet and its functions like video playback, music, cameras, and gaming. The Candybar touchscreen form factor of smartphones has been in existence since 2006 or so, the... END_OF_DOCUMENT_TOKEN_TO_BE_REPLACED

TRIGGER WARNING: This article contains instances of extreme violence associated with The Partition of India and Pakistan, reader discretion is advised. We returned home from the Gurudwara. I headed towards my room and plopped onto the bed,  shot my head... END_OF_DOCUMENT_TOKEN_TO_BE_REPLACED

TRIGGER WARNING: This article contains instances of extreme violence. Reader discretion is advised. It was a hot, blazing afternoon. I was gaming with my friends. The doorbell rang out of nowhere and I couldn’t think of anyone who would visit... END_OF_DOCUMENT_TOKEN_TO_BE_REPLACED

It's almost the end of this year and the time to let the beginning of winter warm our hearts. Speaking of endings, here we are drafting the editorial of our farewell edition. It only feels like yesterday when we wrote... END_OF_DOCUMENT_TOKEN_TO_BE_REPLACED