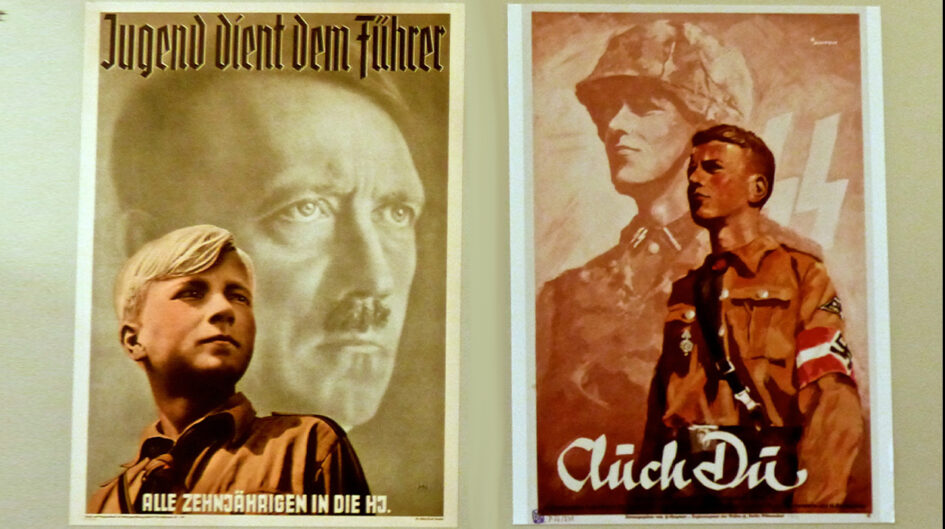 It’s the 7th of March, 1936. Under the guidance of Adolf Hitler, the German troops have crossed river Rhine and re-militarized the Eastern border of France. Knowing this is a clear defiance of the Treaty of Versailles, which banned Germany for militarizing this expanse, the rest of the world senses subsequent terrors. But as the world runs into a flutter of panic, the German public rejoices. Their bold leader finally takes a stand against the harsh treatment of the Versailles Treaty. The German youth, looking to work towards the greater good of the country, look up to these National Socialists and hope to do their part. Little did they know that they were about to get their wish.

By December of 1936, the youth organization of the Nazi Party, the Hitler Youth (Hitlerjugend), had up to 5 million young boys and girls enlisted. To be part of the Hitler Youth, one must be between the ages of 14 to 18. More importantly, he or she must be of the Aryan race. By the start of 1938, the Nazi Party realized it needed manpower to fulfil the vision Hitler had for Germany. Therefore, the Hitler Youth slowly turned into a paramilitary organization. This move was welcomed by nearly all its young members.

The ease at which this transition occurred speaks a lot about the atmosphere that children in a fascist country grow up in. Consider being a member, openly welcoming the move to join the military and risking your life for a country at the age of 16. For any normal child, it is something that induces a lot of fear. But for Hitler Youth members, the constant propaganda of racial domination and service to the country had instilled a sense of hyper-nationalism in these budding minds, to a degree that it had completely desensitized them to the anxiety or fear a normal child would have when he/she thinks about war.

Although useful in mass-producing perfectly obedient soldiers, this desensitization will always result in loss of basic empathy and emotions in a person. The children were not only robbed of their time in the early years of their lives, but also robbed of their emotions and feelings for the rest of their lives.

The transition to a paramilitary organization took a heavy toll physically as well. Physical endurance was given the highest priority and was taken very seriously at the organization. Firstly, sports were actively advocated for the Hitler Youth, but only physically demanding sports such as boxing and athletics. Secondly, the Hitler Youth soldats were made to take part in the cross country marches, wherein they had to walk for 25 kilometres a day. The members were also required to take up mandatory weapons practice and study various battlefield tactics. Hitler had great confidence in his youth because, while the youth of other world nations were busy in academics and living in polluted cities, the German youth was marching across the country-side and shaping into a battle-ready perfect soldier.

The gruesome physical practices were not the only harsh part of the Hitler Youth.

It is comparatively much easy to brainwash a child than an adult, and the Nazis took monumental advantage of this. Joseph Goebbels, Minister of propaganda for Nazi Germany is believed to have said “If you tell a lie big enough and keep repeating it, people will eventually come to believe it. The lie can be maintained only for such time as the State can shield the people from the political, economic and/or military consequences of the lie. It thus becomes vitally important for the State to use all of its powers to repress dissent, for the truth is the mortal enemy of the lie, and thus by extension, the truth is the greatest enemy of the State.”

The children at Hitler Youth were constantly put under the impression that Jews were a threat to their existence, and it was their duty to make sure the ‘purebred Aryans’ rule the state. Hitler Youth was one of the major reasons Hitler was able to easily persuade the German public into his evil propaganda. Hitler had banned all other youth organizations and had made it mandatory for ‘Aryan’ children to be part of the organization. This resulted in all families, even the ones who did not support Hitler’s cause, enlist their children into the Hitler Youth.

This gave the Nazis full control over what the children read and studying about the Aryan master race, Hitler and his glory, Nazi history was a recurring activity. This helped Hitler develop a bling unquestioning obedience from the German youth. The same youth which would tomorrow, walk into the battlefield fully prepared and ready to die for Hitler’s cause.

When the war finally broke out in September of 1939, Hitler youth initially only served as a domestic helping force, taking roles in the railway and postal services. But eventually, as Germany started losing manpower in the military, Hitler approved the inclusion of Hitler Youth into the armed forces. By the end of the war, in desperate attempts to save itself, German armed forces were taking in youth as young as 12 years and handing them loaded automatic weapons and hand grenades, which resulted in many casualties of young children dying for a lost cause.

Hitler Youth is a clear example of how detrimental a fascist country can be. Not just physically and economically but also mentally, as these children had to later carry the guilt of being part of such an oppressive regime. For many, childhood is the most genuine and carefree years of their life. To steal that experience from children by bestowing on them the responsibility of a nation’s security is highly immoral. Hitler Youth is a harsh reminder to us all that authority over children, if left unchecked, can cripple the future of a nation.

“Hand me the gun and don’t move a muscle”, an injured Shankar Narayan whispers to his son, while they take cover under an old Contessa. The little boy does exactly as his father says, his hands trembling, desperately trying to... END_OF_DOCUMENT_TOKEN_TO_BE_REPLACED

Faith has always been considered as one of the most inherently pure and pious things, across any and every religion and every school of a belief system based on the concept of God. That is probably because every single one... END_OF_DOCUMENT_TOKEN_TO_BE_REPLACED

Ayrton Senna. A man whose legacy lives on to this day. Most modern-day drivers look up to him. He has won 41 Grand Prix in 162 races, has been on the podium 80 times, and has won the world drivers championship... END_OF_DOCUMENT_TOKEN_TO_BE_REPLACED

The scene opens in a jury room, where a decision is to be taken on the death sentence of a man accused of murder. After voting, each juror explains why they feel the accused is guilty or not guilty. One... END_OF_DOCUMENT_TOKEN_TO_BE_REPLACED

It feels like just a week ago when the internet was bombarded with memes of Will Smith slapping Chris Rock at the 2022 Oscars. Ah, what a moment. The Cannes Film Festival too ended just recently, leaving us waiting for... END_OF_DOCUMENT_TOKEN_TO_BE_REPLACED