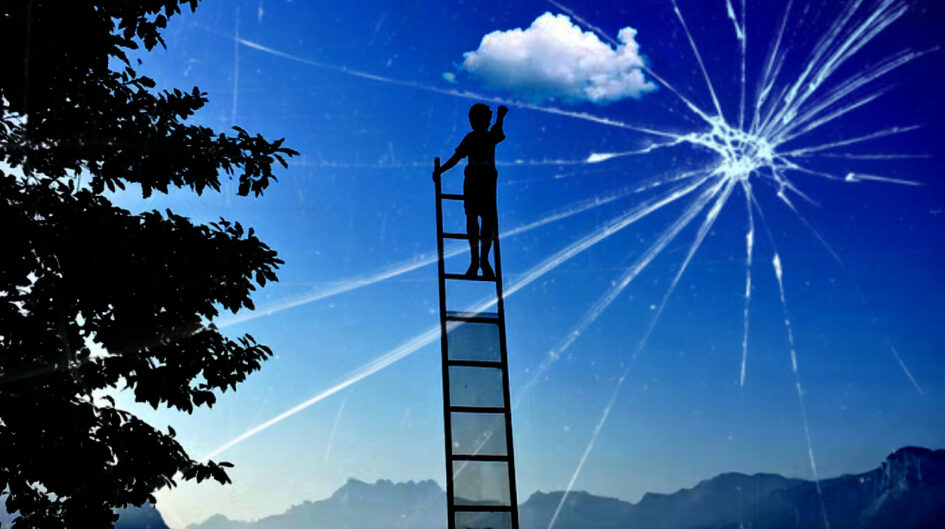 the world of these palaces, thrones, and crowns

the world of multitude enemies of mankind

the world of money-grubbing mores

even if one gains this world – so what?

In life, we don’t always get what we want. Even when we do, it’s often not in the way we envisioned. But what if the aftermath of achieving our goals (or not) makes us realize all the effort was not worth it- or worse, regret the pursuit altogether? Where does one draw the line between being visionary and downright impractical?

Guru Dutt’s movie, Pyaasa, serves as a sort of spokesperson for all those idealists who have been forced to abandon their dreams by a culture that only cares for money, stature, and a false sense of righteousness. The story of a poet who struggles for the majority of his life to get his creations published but repeatedly fails and almost loses himself in the process, Pyaasa never misses a chance to remind us how cruel, insensitive, and selfish a place the world can really be.

There are numerous movies out there that revolve around the hardships of people pursuing their dreams (be it becoming a CEO or finding the love of their lives) against all odds. They almost always portray the protagonists as irrational optimists who never give up; usually with a one-person-against-the-world narrative. While such movies are great if one is looking for an instant boost of inspiration, they provide a rather lopsided perspective. To begin with, not everybody is going to have a happy ending. You might think your poems are masterpieces waiting to be discovered but if they’re being rejected by four publishing houses a month, chances are you’re probably just not that good of a writer.

Don’t get me wrong, I think it’s perfectly acceptable, commendable even, for one to keep pursuing their passions simply because it keeps them creative or happy. What’s foolish is expecting the world to give a damn about it. And then turn bitter when it doesn’t.

We’re a generation that has romanticized struggle and sacrifice. We deprive ourselves of quality sleep, don’t allocate enough time to nurturing relationships, and have no work-life boundaries, all under the name of “hustling”. (and then wonder why we’re constantly tired and burnt out and unhappy, but let’s not go there now)

Subconsciously, we expect the struggle to pay off. It’s somehow ingrained into our minds that the more you hustle, the better your rewards will be. Because that’s the idea we’re constantly exposed to- those are the kind of stories that make it to the headlines of newspapers and biopics and autobiographies. The boxer who almost died before winning a championship. The now billionaire entrepreneur who lived off his friend’s couch for a year. The college dropout who went on to become a world-renowned musician. The classic rags to riches. What we might not always realize is that these stories are the exceptions- not the thumb rules.

The world tells us to dream big. It teaches us to be ambitious. Be better. Do better. Have it all. What we’re not taught is how to handle failures, and when to stop pursuing those goals. At the end of the day, the universe isn’t responsible for how your life turns out. Not everybody who drops out of college will do well in life. A lot of them will probably struggle twice as much to make ends meet. Because let’s be honest, most of us are not destined for ‘greatness’ in the traditional sense of the word. And that’s okay.

You don’t need to be financially independent by the time you’re 25 to be successful in life. A traditional 9 to 5 job is just as good, maybe even better, if you’re content. Constantly chasing unrealistic goals is never sustainable, and as cliché as it may sound- it’s the little things in life that make a difference. I’m not against having big goals and working towards achieving them. Dream and hustle all you want, but in case things don’t work out well, know that it’s not the end of the world. Life’s so much more than that. We might not be able to do great things, but we can always do small things with great love.

~ Inspired by the movie “Pyaasa”

From a very young age, we are socialized to behave according to our sex. Boys are taught to be “masculine” and girls are taught to be “feminine”. But are there any biological differences between a man and a woman which... END_OF_DOCUMENT_TOKEN_TO_BE_REPLACED

Hope was an absurd emotion.   It was a chilly midnight when it happened for the first time. Monique was a light sleeper. After all, it didn’t take much more than a dull, heavy thud for him to jolt awake... END_OF_DOCUMENT_TOKEN_TO_BE_REPLACED

Each person does see the world in a different way. There is not a single, unifying, objective truth. We're all limited by our perspective. - Siri Hustvedt Perspective. It is a beautiful thing in a way that, all of us... END_OF_DOCUMENT_TOKEN_TO_BE_REPLACED

The corporate industry is notoriously famous for having the highest pay grade difference for employees working in the same company at different levels doing the same or similar jobs. This difference attracts several young engineers and management graduates into this... END_OF_DOCUMENT_TOKEN_TO_BE_REPLACED

[Trigger Warning] The following reading contains potentially distressing information about violence, brutality and sadistic practices. The reader is advised to use their discretion to continue reading. “For the last time, you don’t have to do this. They will finish the... END_OF_DOCUMENT_TOKEN_TO_BE_REPLACED