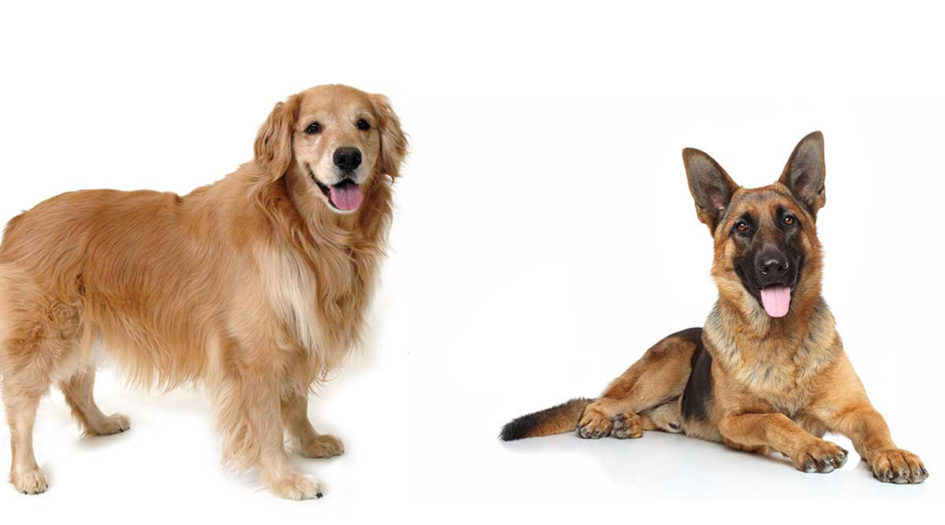 Scout, the German Shepherd and Tyson, the Golden Retriever-two dogs, two best friends, two goofy guys who spend all day pulling off shenanigans and laughing at their owners who have no idea what they’re up to.

It was a normal weekday for Tony and Peppy, a couple who have just started their live-in relationship, but not for Scout and Tyson who’re paw bumping that they’re both now living under the same roof, thanks to their owners.

As Tony and Peppy left for work bidding goodbyes to their pets, the dogs started their little pastime.

“Ty, it’s your turn.”, Scout growled as Tony shut the door and left.

Tyson loosened his body and exited awkwardly through the dog door which was evidently too small for his body. He wiggled a while to get out completely and used his paws to open the bolt of the main door so that Scout can walk out.

“You see, we can’t walk around the neighbourhood openly. The owners aren’t with us. It’s risky.” Tyson whispered as Scout was thinking about other easier ways to get out of the house instead of the awkwardly small dog door.

Scout smartly chose a route where the mobsters usually hangout which is why there wouldn’t be any responsible people who’d care about unleashed dogs.

“Good call, Scout.”, Tyson whispered to himself as they now entered the garage where Duke, a Rottweiler, resided.

“Ready?” Duke said in a deep voice which intimidated Tyson.

The three dogs started to trot into the woods.

“Scout, what’s going on, man?” Tyson started to panic realizing that this wasn’t the actual plan.

“Relax…Duke knows what he’s doing!” Scout said, but he was partly confused too.

“Hey man, what’s going on? We thought we were going to steal the Beef treats from the store like we do every week? Why the woods?” Scout asked making his pace faster to match with Duke.

Tyson started to sweat. Nobody said anything but Ty and Scout were very uncomfortable.

They were halfway into the forest. The sun rays couldn’t reach the ground due to the tall dense trees. From where they were standing, it looked like dusk though it was hardly 11 a.m.

Duke halted at a boulder.

Ty and Scout looked at each other uncomfortably.

“What the hell!” Scout and Tyson yelled in unison.

They both knew it was a call for the wolves.

Duke didn’t stop. And before they knew they were about to be a brunch, they turned around to find a pack of six wolves, few of their mouths drooling with saliva.

Scout stood there stiff. Ty had no idea what’s going on in his head.

Meanwhile, Duke ran away; which clarified that he had a deal with wolves, just like any other Rottweiler does in this town- “Bring us a prey and save yourself.” , the dogs in the neighbourhood would call it.

It was really stupid of Ty and Scout to trust Duke just because he helped them steal Beef treats even though other dogs had warned about him.

Within seconds, all the wolves started coming closer, the alphas, a step nearer than the others.

“Get Help?” Ty raised his eyes.

“Get Help.” Scout nodded as he held Ty’s neck with his canines, careful not to hurt Ty, and hurled him at the wolves’ legs with a great force; the impact tossed off the wolves for about a metre and a half. All in a span of two seconds.

Though Ty’s lower body was bulky, his leaner neck helped this little trick to be a success.

Before the wolves found balance and stood straight, Ty and Scout wasted no time and dashed in the direction they came from.

Though the wolves chased the dogs for a while, cautious that the humans might find out about them, they gave up.

Whacked, Scout and Ty reached home, not even caring about the street they’ve chosen, where suspicious human eyes stared at them while they ran.

They walked into the house, still panting. It took some time for them to simmer down.

“Damn, that was scary!” Scout said finally catching his breath.

“It-t w-was!” Ty was still breathing in instalments. “I’m glad you remembered ‘Get Help’ from the movie.”, he said.

‘Get Help’ was a simple manoeuvre Thor and Loki used in the movie to get out of a similar crisis.

It was almost tea time when Tony and Peppy came home.

“How’re the good boys?” Peppy said as she entered and started scratching the back of Ty’s ear while Tony did the same to Scout.

“Ahhh….I love it when he does that!” Scout said as he licked Tony’s hand.

“It feels like I’m high.”, Tyson said doing the same to Peppy.

Tony and Peppy went inside as the dogs lay in the living room, feeling safe and so at peace.

“I can’t imagine how sad they’d be if we were hurt, or worse, dead, today.”, Ty said looking in the direction where Peppy went.

Scout’s face fell as he gave out a short whimper.

“.….And we’ll make sure Duke pays.” Scout said casually yet determinedly, and yawned, tired after such intense cardio.

Back in June 2014, Apple announced OS X Yosemite, a powerful new version of OS X redesigned and refined with a fresh, modern look, powerful new apps and amazing new continuity features that make working across your Mac and iOS... END_OF_DOCUMENT_TOKEN_TO_BE_REPLACED

Welcome to kMITRA, a monthly online magazine about all things KMIT and beyond. Far from being a regular college among many, KMIT has carved a niche for itself. As its students, we wanted to contribute to it while creating a... END_OF_DOCUMENT_TOKEN_TO_BE_REPLACED

Keshav Memorial Institute of technology what we fondly call KMIT, in all its glory is loved by all of us. No matter how unsure you are of it in the beginning, it will show you reasons why you were wrong.... END_OF_DOCUMENT_TOKEN_TO_BE_REPLACED

The ‘festival of lights’ spiritually signifying light over darkness, knowledge over ignorance, good over evil, and hope over despair. Diwali is one of the favourite festivals celebrated in the country. It is a full- 5 day package of cleaning, renovating... END_OF_DOCUMENT_TOKEN_TO_BE_REPLACED

If there’s one place that knows how to celebrate a festival, it’s India. From Grand city events to simple village ‘melas’ , India’s festival calendar is rich and diverse as its tradition and topography. Diwali entails religious and regional variations... END_OF_DOCUMENT_TOKEN_TO_BE_REPLACED