We Need the ‘REAL’ in Reality 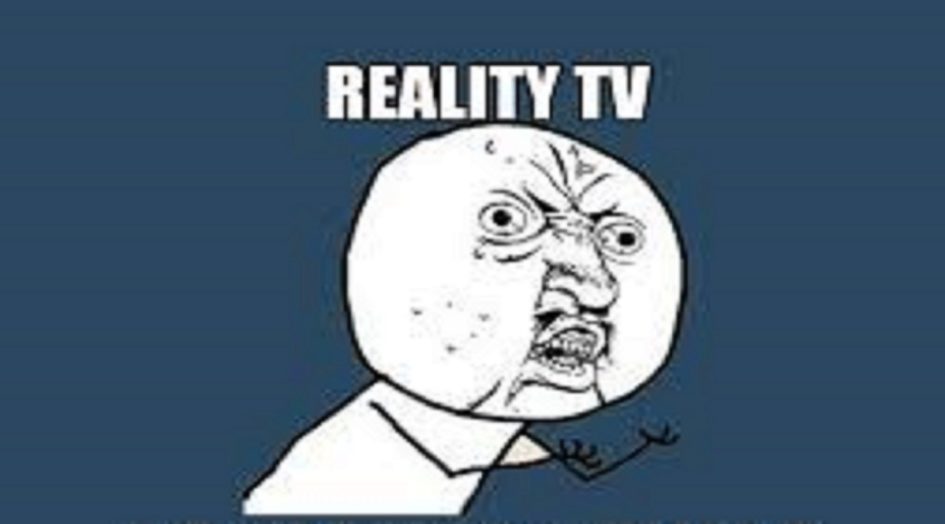 Indian Television is legendary. I have completed twelve years of schooling, two years of intermediate and almost three years of engineering. Things have changed drastically; technology can now be controlled by voice, we have bots to order food for us, we are surrounded and empowered by smart devices. However, the one thing that I have seen stay as still as a rock, over about… I’ve lost count of the number of years… You would’ve guessed what I’m talking about from the title of my article. The Hindi daily soaps and reality shows!

Episode after episode, season after season, the quality of the reality shows we see today maintains a relation of direct proportion with the content getting weirder and an indirect proportion with making any good sense. There’s not one moment when you can sit down, watch a show and appreciate a certain aspect about it. The entire duration of the show (if you’re able to stay through it) keeps you in awe! Questions pop in your head. You begin to wonder, “Who would’ve come up with this?”, “Where’s the ‘real’ part of this show?”, “Why is everyone arguing?” and the last question which makes you reach out to your remote, “Why am I watching this?”

There are some shows which truly live up to their objective of being a platform where people can showcase their talent. The talent hunts behind them, seem worthwhile. Then, there are some auditions which hunt controversy; these hunts successfully find people who are willing to do anything it takes to find themselves on these shows. It is more unfortunate than funny that most of these contestants form the youth of our country. In this article, I only want to talk about the funny. Most of these shows appear to be staged. My point is if you’re going to plot it, make sure it is done well. Make it entertaining and informative. We could settle for at least one of them.

While these people are desperately putting in efforts to get famous, there are some shows which are made with the sole purpose of bringing to us viewers, some facts, and I must say, very informative facts about the already famous ones. It is indeed very important to know which celebrity had developed a liking towards which co-star in 2014. There has been a tremendous amount of study in preparing a thesis on whether two actresses can or cannot remain friends. Maybe some parts of shows like these are enjoyed by a part of the audience. Besides that, there are also a lot of questionable areas. These interviews are sometimes so irrational and the fact that they make millions out of such conversations always takes me by surprise. However, it’s all fun and games until someone gets seriously offended or gets seriously trolled.

We live in a world where people are prone to influence and are eager for inspiration. The field of entertainment is a wonderful platform which can be used to express and instill thought. Televisions usually have an audience of families at home, sitting together and watching the many shows as a favorite pass time. I conclude this article with a hope that we have more shows which are unedited, not staged, spontaneous and come with a strong point to be put across to the million people watching them.

Love is unconditional. It's received and given in many forms, but it's said that the truest of love is when it's without any limitations. A love for caring about others without demanding much for yourself. The love of acceptance and... END_OF_DOCUMENT_TOKEN_TO_BE_REPLACED

To most, the color purple is just like another color and holds no special significance, other than to be one's favorite color. It is a simple color resulting in a beautiful blend of red and blue colors. But in reality,... END_OF_DOCUMENT_TOKEN_TO_BE_REPLACED

[Trigger Warning] The following reading contains potentially distressing information about murders, violence, and brutality in relation to Nazi practices. Reader discretion is advised.   Have you heard of me? Of course, you haven’t. I am neither a Jew who survived... END_OF_DOCUMENT_TOKEN_TO_BE_REPLACED

Shashi is an amiable, poised, beautiful middle-aged Indian homemaker, and a mother of two, to whom family is both the beginning and period of her world. She may not be very professional but works overtime to fulfill her passion for... END_OF_DOCUMENT_TOKEN_TO_BE_REPLACED

What’s wrong with the title? Has there been a mistake or has the writer gone crazy? Would you believe me if I tell you that nothing is wrong at all? Here’s the trick-Replace each letter of the title with its... END_OF_DOCUMENT_TOKEN_TO_BE_REPLACED